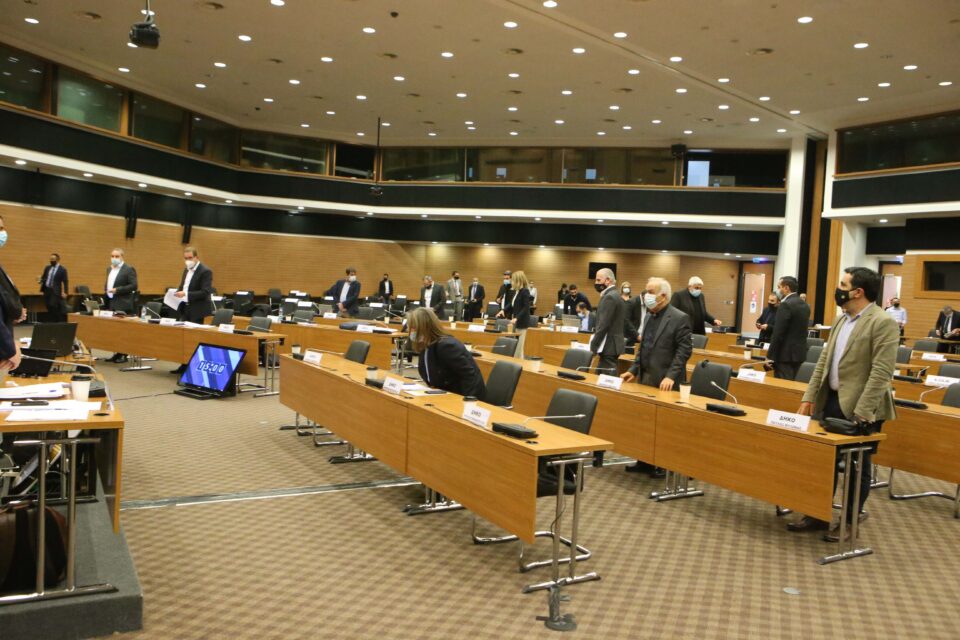 Following a three-day debate, parliament on Friday evening approved the state budget for 2022 with 30 votes in favour and 25 against.

Before approval, opposition parties passed around half of 96 proposed amendments to the budget.

Disy had said before the vote that it was voting against all amendments.

Finance Minister Constantinos Petrides welcomed the approval of the budget and thanked the parties that voted in favour.

The minister said it is the first budget that was really linked to reforms since part of it was made by the recovery fund, which is intertwined with local administration, justice, and public sector reforms.

Passing certain reforms was a condition for Cyprus to receive funds from the EU’s Resilience and Recovery Fund.

“We have achieved a lot during the crisis, we have proven that the Cypriot economy is a durable economy with much better results than other, more mature European economies,” Petrides said. “There is a very good budget, there is the will to move forward, and we must all, collectively look at the day after. It is a budget that allows us to continue on to the next day,” he said after the session.

Despite the many amendments, approval of the budget had been a formality this year, with none of the dramatics seen during and after last year’s vote when the budget was rejected for the first time in the Republic’s history, after Diko decided to vote against.

Diko had rejected the budget last year for reasons other than the economy. This year, MP Christiana Erotokritou said the party was voting for the state to be able to function, which had nothing to do with the government practices that led to the institutions falling in disrepute.

Erotokritou said the current administration had succeeded in humiliating Cyprus internationally, destroying its credibility and discouraging proper investors from investing. The Diko MP accused the government of not caring about anyone but a small group of chosen people.

Among the dozens of amendments, opposition parties voted to dismiss four presidential associates — previously contract workers – who had been granted civil-servant status by the administration.

One of the individuals concerned – but not named – is President Nicos Anastasiades’ niece. She’s understood to be employed as Anastasiades’ aide at the presidential palace.

The four were described as secretarial staff, working for the Presidency since 2013. Three of them are personal assistants, the fourth an IT officer. Two of them had served as assistants to Anastasiades from the time he was chairman of the Disy party.

The parties voted an amendment terminating their employment at the end of the administration’s term at the latest.

Earlier, House President Annita Demetriou said her aim and vision was to restore parliament’s prestige and credibility, which had been dealt a serious blow by the resignations last year of her predecessor, Demetris Syllouris, and Akel MP Christakis Giovani.

The pair had been recorded by an undercover Al Jazeera crew offering to help a fictitious Chinese businessman with a criminal record secure a Cypriot passport through the island’s citizenship by investment programme.

The programme was hastily scrapped after the scandal broke out, as the EU launched legal proceedings against Cyprus after it transpired it had been effectively selling passports to dubious characters.

In a speech during plenum, Demetriou said the budget vote was the highest act of the legislature, which, as the highest independent institution of the state had been discredited in the eyes of the people.

Demetriou also stressed the necessity of reforming the process of electing the House president, to a more modern democratic procedure reflecting the best practices in force at parliaments with strong tradition.

She said the matter will be tabled for discussion early next year.

“I expect that both this initiative and many others that will follow, we will restore the citizens’ trust towards our democratic state institutions and contribute to the improvement of its image.”