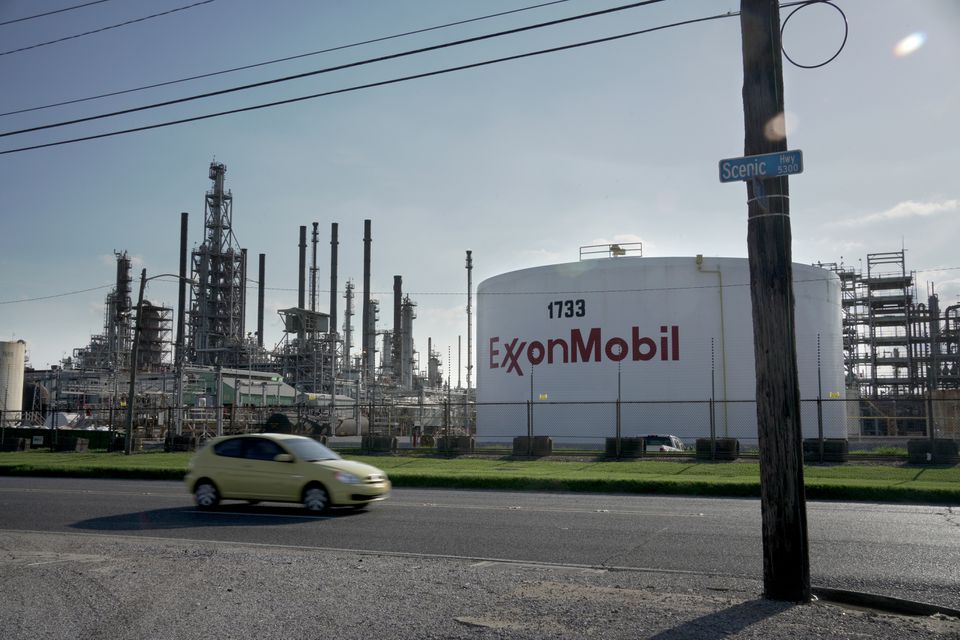 The real winner in all this is ExxonMobil

With Covid-19 resurging, Cyprus’ EEZ is back in the limelight. ExxonMobil is about to start drilling in block 10, and, with Qatar Energy, it has just acquired rights to adjacent block 5. This has been heralded as a decisive step in the return of a new cycle of exploration and production in Cyprus EEZ.

But it ignores the turmoil the global oil & gas industry is going through. It is under siege on multiple fronts, exemplified by COP26 that for the first time directly referenced fossil fuels, opening the sector to increasing attacks in future COPs, starting with COP27 next year in Cairo.

In the meantime, signaling a major change in direction in East Med energy, the Israeli energy minister Karin Elharrar announced on Wednesday that the search for offshore gasfields will be halted at least until the end of 2022 so that Israel can prioritise the development of renewable energy – an area where Israel, justifiably, sees major opportunities. A first for the region, but given the global drive for rapid decarbonisation, is this something that others should emulate in the region? Or at least shift emphasis to renewables with gas being used as back-up? Something I have been advocating for some time now.

International oil & gas companies (IOCs) have been coming under intense pressure from their shareholders, activists, governments and the financial sector to commit to a net-zero emissions future. Unlike ten years ago, almost all of them now acknowledge that their future is tied to energy transition.

Even Darren Woods, CEO ExxonMobil, agreed at the World Petroleum Congress in Houston last week that climate change is “one of the most important conversations of our time.” He said that even though ExxonMobil has cut spending and is limiting hydrocarbon production in response to shareholder pressure, he believes that the world will continue to rely on fossil fuels for years to come, but acknowledged that society is shifting fast toward cleaner forms of energy.

In addition to climate change pressure, the greatest challenge IOCs face is investment, limiting their ability to invest in new long-term projects – where typically the returns take 20+ years to materialise. According to Goldman Sachs the costs of capital for oil & gas projects has now more than doubled in comparison to ten-years ago. As a result, the return that can financially justify a new long-term oil project is now at over 20%, in comparison to renewables where it has come down to between 3%-5%. This prompted Bloomberg to conclude that “markets may end-up killing-off fossil fuels before governments do.”

Darren Woods confirmed the conundrum the IOCs are facing when, referring to long-term oil & gas investments, he said “This is a long-time horizon and big dollar investment business…Every company is going to weigh whether or not they can expect to see a return [during] the life of their investment.” He added that signaling from governments is important and could hinder investment.

Certainly, the signaling from the EU and the US is not helpful to the long-term future of oil & gas. Both are committing to and are driving rapid decarbonisation. The EU published on Wednesday its new gas legislation package that aims to “steer Europe away from fossil gas towards renewables and low-carbon hydrogen.” Despite the current energy crisis, it still aims to reduce unabated-gas consumption in Europe by 25% by 2030 and eliminate it by 2050.

During this uncertain period, IOCs will want to wait and see. They will not rush into investing in long-term projects until they are certain the returns will be there.

The licensing of block 5 – signed on 10 December – is a tactical move by ExxonMobil ensuring that it retains control of geological structures that may extend from block 10 into block 5, and possible gas-fields that may straddle the boundary.

At least initially ExxonMobil is likely to embark on a data gathering exercise based on available seismic and geological data and data from its surveys in block 10, without any physical surveys in block 5. If required, these may follow at a later stage. Incidentally, the northern 40% of the block – claimed by Turkey – has less hydrocarbon-presence potential, so ExxonMobil is unlikely to venture that far.

As a result, everybody is happy. Cyprus believes that with ExxonMobil in block 5 it has strong American support against a belligerent Turkey. Turkey believes ExxonMobil will not challenge its – untenable and not recognized by international law – claims related to block 5. Its foreign minister Melvut Cavusoglu said that he has such assurances from the US and Qatar. Qatar Energy will also be happy in that its activities in block 5 are unlikely to be confrontational to Turkey – we should not forget that Qatar is Turkey’s closest ally within the Arab world.

Turkey has already threatened to prevent any activities in this area. Its foreign minister, Melvut Cavusoglu, quite menacingly said “Turkey will never allow any foreign country, company or ship to engage in hydrocarbon exploration activities in its maritime jurisdictions.”

Yet again the EU called on Turkey to refrain from threats, but stopped short of applying new sanctions. EU’s Foreign Affairs Council meeting on 13 December expressed solidarity with Cyprus and called on Turkey “to put an end to all threats and actions that harm good neighbourly relations, to normalise relations with the Republic of Cyprus and to respect the sovereignty of all EU Member States over their territorial waters on the basis of the Convention United Nations Law of the Sea.” But to no avail. Turkey is determined to continue its aggressive behaviour.

The real winner is probably ExxonMobil. It has secured control of hydrocarbon-bearing geological structures that potentially extend from block 10 into block 5 and possible gas-fields that may straddle the boundary between the two blocks, at little cost to itself. ExxonMobil is about to start appraisal drilling at Glafkos in block 10, expected to be completed end of February/early March 2022. This may be followed by studies, but otherwise a long-period of inactivity.

The business of oil companies is exploration and production of oil & gas, not confronting hostile navies. ExxonMobil can only operate within these parameters.

ExxonMobil considers the East Med a promising hydrocarbon basin, to potentially be developed at some future date should market conditions allow it. But unquestionably the global energy future is inexorably moving away from oil & gas to clean energy, and so will, eventually, East Med as evidenced by Israel’s latest decision.

Turkey’s Erdogan says he lowered inflation to 4% before, can do again