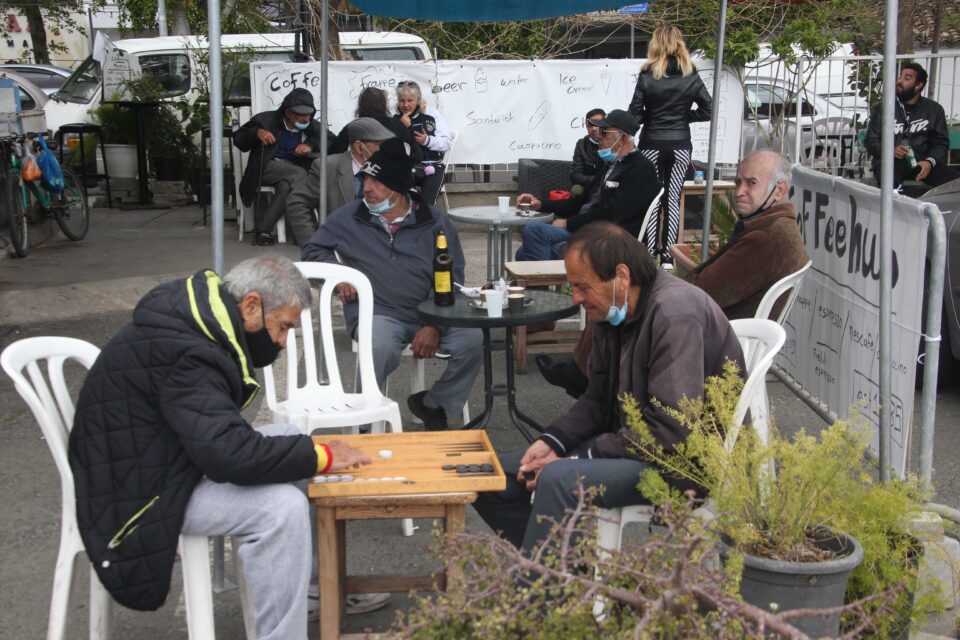 Are you green, purple, blue, yellow-orange, or red? It’s not some elaborate party trick, but those colours display the status of your eligibility to go out and about, according to the latest Covid-19 restrictions.

The updated CovScan measures came into force on Saturday and there are now five categories: green, blue, yellow/orange, red – and the most recent addition, purple.

So, what do people make of it all, and how easy is it to understand?

It used to be simple: you were either protected by being vaccinated – or having recovered – or you were unvaccinated. But as the pandemic drags on, and the restrictions along with it, it’s no longer a binary, but a multi-coloured spectrum.

On a sunny winter’s day, just 24 hours after the unvaccinated were banned from most venues, we sought out the wisdom of the crowd to see what they make of the latest restrictions.

“Well look, for us as the vaccinated these measures don’t really affect us, you can move about as you were,” one cafegoer in his 70s, who gave his name as Alexis, told the Sunday Mail.

As cigarette smoke wafted through the air at the small indoor café in downtown Nicosia, it certainly did not feel like any harsh new reality had dawned.

For some – particularly in the older populations – the measures are synonymous with vaccinations, i.e., the fact that there are measures means that you must get vaccinated.

Another man, in his 60s, at the small café, told us that he got vaccinated as soon as they were made available.

“I went and got AstraZeneca as soon as it was here, then I went and got my second shot and fifteen days ago I got my booster – all good,” he said.

For him, and many others, the measures don’t appear to be complicated at all: “I’m up to date with my vaccinations, so I’m doing exactly whatever it was I was doing before, there’s not much else to it, nothing has really changed.”

But even for the fully vaccinated (whatever that means nowadays), there are some complications as it remains unclear for how long even having the booster will keep them in the green category.

For example, the EU’s drug regulator on Wednesday backed the supposedly one-dose J&J vaccine for a booster dose and that it may be given at least two months after a first dose.

For the owner of the café, a man in his late 70s, it’s always been confusing to stay on top of the measures.

“That guy out there playing tavli is unvaccinated, what can I do? He’s my customer, he’s becoming for years,” the owner told us, clearly pained by the situation.

“If I tell him to leave, he’ll just go elsewhere and then I’ve lost a customer but if he stays, I risk getting a fine – so either way I lose money,” he said.

The owner bemoaned the responsibility of “having to become a police officer”, particularly as the measures keep changing, noting that the unvaccinated customer was welcome last week – when his negative rapid test was deemed acceptable.

Genuinely puzzled, the owner pondered: “I still haven’t had a chance to read up on the latest measures, but you know – how can it be that with my seven customers, at most, I’m put into the same category as a big restaurant putting on mezes and live music?”

But for the two cafegoers who are fully boosted, they’re in the clear: they’re green – according to the latest CovScan rules.

But from December 18 onwards, there’s no longer just the green (those who are ‘boosted’, recovered from Covid-19 within the past six months or have recently completed their regimen) but a new purple category.

The purples will slot in somewhere in between the greens and the reds (those who do not meet the criteria for entry to the specific venue).

As Alexandra Phasaria, of the health ministry’s press office, told the Sunday Mail: The purples are the partially vaccinated, those who have received one dose but will also be somewhat yellow. The yellow category is for proof of a negative rapid test (valid for 48 hours) while blue is for those with PCR tests (72 hours).

The latest round of measures and ‘clarifications’ have also set out that the unvaccinated are banned from attending wedding parties. However, they’re still permitted to the church service.

That led to Thursday’s report which detailed that half of the scheduled weddings and baptisms have been cancelled, according to the Cyprus association of professional events.

There has also been significant controversy surrounding the decision to keep on unvaccinated workers at venues where unvaccinated patrons are banned from visiting.

And while much of the focus has been on the confusion surrounding the latest restrictions, particularly in how they have been communicated, there have also been reactions from the government’s advisors and a dressing down from lawyers.

Specifically, Maria Koliou of the government’s Covid-19 advisory team told local media that they had no input on the latest measures.

“These measures did not pass by us, we were not asked, and they are clearly decisions made by the council of ministers,” Koliou said.

Epidemiologist Michalis Voniatis also pointed to a perceived weakness in the measures, as those who receive a booster dose are once again exempt from self-isolating if they are a contact of a person who tests positive.

But some of the harshest criticism came Michalis Pikis, of the Cyprus bar association, who said that the way in which the unvaccinated have been barred from some of the most basic activities is “not only unjust but amounts to direct coercion”.

We asked an unvaccinated 28-year-old man about his thoughts on the latest measures.

“There’s this stigma against the unvaccinated,” he said, “they look at us funny if we cough or sneeze, but the vaccinated can still pass on the virus.”

He agreed with the first round of measures, the early lockdowns, when Covid-19 initially swept across the world.

“But we’re two years into this… and we know it’s not the Black Death,” he said. “The forcing of vaccines and soft tyranny, I’m against that, I find it ridiculous.”

The old mantra of ‘keys, phone, wallet’ has had a new addition over the past year or so: the SafePass – but unlike the rest, the certificate which is required for basic functionality in daily life constantly needs upgrading, err, boosting.

Man in custody after posing as film producer