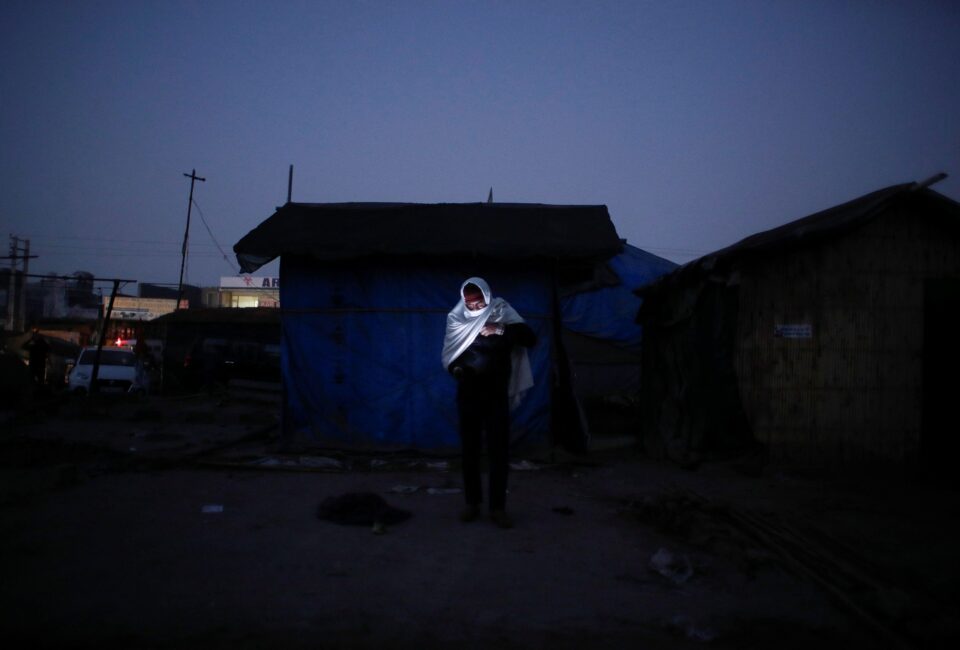 As a dreadful year draws to an end and the Omicron variant turns out to be less lethal than its predecessors, premature outbreaks of cheerfulness have been spotted in many quarters. As I am under a contractual obligation to keep the readers worried, I was at my wit’s end – but then I interviewed Professor Alan Robock of Rutgers University.

He’s a renowned climate scientist, but recently he led a team of researchers who re-examined the phenomenon of ‘nuclear winter’. That’s not really a climate phenomenon. It would be the by-product of a superpower nuclear war, in which the smoke from a thousand burning cities blocks out the sun and leaves the world freezing in the dark for years.

A different team of researchers discovered nuclear winter almost 40 years ago, and it helped to convince the great powers that they must never fight a nuclear war. The reason we don’t worry much about nuclear winter now is that we think they have finally learned that lesson.

True, there are now other countries with nuclear weapons that don’t seem immune to outbreaks of major war, like India and Pakistan. However, everybody assumed that the damage would be confined to their own region. If we don’t let it escalate into a superpower clash, the rest of the world should be all right.

The Indian and Pakistani nuclear arsenals each amount to about 150 warheads now. That’s a modest number compared to the thousands held by the superpowers, but it turns out to be quite enough to cause… let’s call it a nuclear twilight.

What makes this so worrisome is that India and Pakistan have already fought three full-scale wars and half a dozen major skirmishes since they got their independence. Another is entirely possible, and the risk of escalation to nuclear weapons would be very high, for two reasons.

First, most of their nuclear-capable aircraft and missiles are still vulnerable to being destroyed on the ground in a surprise attack. Secondly, the two countries are so close together that only a very brief warning time is available. In these circumstances, a policy of ‘launch on warning’, with all the risk of mistakes that entails, is the only rational option for both sides.

The first victims of such a war would be Pakistani and Indian civilians, because cities will be on the target lists: that’s where the major ports, airfields and critical infrastructure are. Robock’s team calculated that those burning cities would loft enough ‘black carbon’ into the stratosphere to create a shroud of soot over the whole world within a few weeks.

It wouldn’t be the full-dress nuclear winter of superpower war, with ‘darkness at noon’. However, 300 nuclear explosions in the Indian subcontinent, most of them airbursts over cities, would dim the sun enough to drop temperatures and severely damage crop yields in the main food-producing regions of the planet.

The main effects would be a severe drop in the average global temperature and a comparable decline in global food production – with the worst-hit areas being in the northern hemisphere north of latitude 30°N. (Almost all of India and Pakistan are south of that.) It’s counter-intuitive, but that’s the way the climate system works.

The most important ‘breadbaskets’ of the planet – grain-growing areas that produce a big crop surplus for export – are the United States, Canada, and Europe (including European Russia) – and they are all just north of 30.

The dimming effects of an Indo-Pak nuclear war in 2025, say, would drop the average global temperature by 5°C over all the continents, but in the key regions of North America and Europe it could reach 10°C colder. That maximum cooling would be reached in the fourth year after the war, and would gradually return to ‘normal’ by around year 15.

Australia, Brazil and Argentina, the southern hemisphere’s bread-baskets, might still be able to export some grain, but they would not be remotely capable of compensating for the huge shortfalls of food in the northern hemisphere.

Tens, maybe hundreds of millions would starve in the poorer parts of the North, and scrabbling for food in the cold and the dark would certainly take our minds off our longer-term problem: global heating. But when the effects of the local nuclear war in the Indian subcontinent finally faded, it would be right back to that bigger climate crisis.

And it would be bigger, for carbon dioxide would not have stopped accumulating during the hungry years. Indeed, the world might find that it was returning not to the average global temperature of +1.3°C that prevailed when the Indo-Pak war started, but to a climate that is now hovering on the brink of +2.0°C.