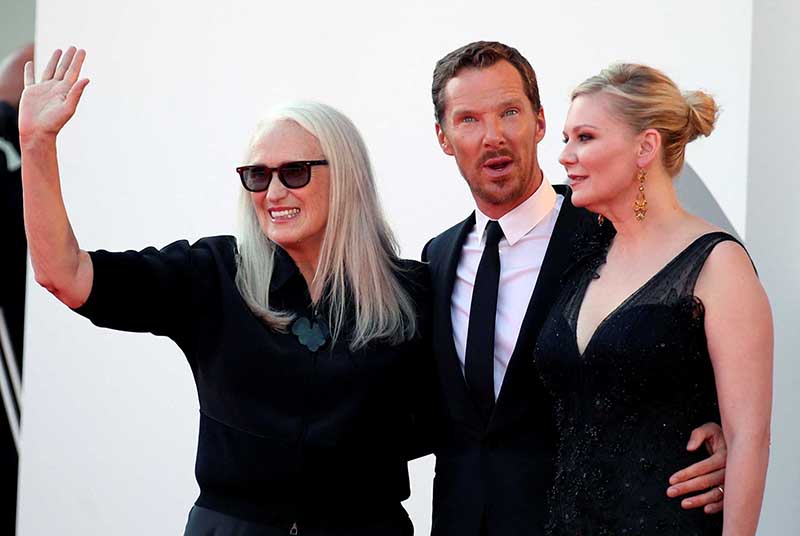 Yet another victim of the Covid-19 pandemic, the Golden Globes winners were unceremoniously announced this week via Twitter. There was no reception, no red carpet, no glitzy reception and Ricky Gervais did not make a room full of celebrities feel very uncomfortable.

Shows from streaming platforms completely dominated the awards, with Netflix taking home its first ever award for Best Picture, for the Netflix original “Power of the Dog”.

Here’s the best suggestions from the Globe winners for you to binge!

Our favourite football/life coach Ted Lasso returns for a second season of this feel-good series, probably one the only things still nice in this bleak point in time. Jason Sudeikis proves that the smashing success of the first season was not a fluke and nabs the Best Actor for Comedy or Musical series. The series is about a kind-hearted, folksy coach from the US who gets hired to manage a football team in the Premier League, without having ever played the game.

Another first for Netflix and the industry, “Pose” is the first series with a trans cast member winning a Best Supporting Actress in a Series award. Set in the late 80s-early 90s, Michaela Jae Rodriguez plays Blanca Evangelista, an HIV-positive contestant in an underground queer ballroom dancing competition, who decides to go her own way.

Andrew Garfield shines as American composer and playwright Jonathan Larson, the creator of Broadway hit “Rent”, before his big break in the industry. Garfield takes home the Best Actor in Musical or Comedy award as a young, struggling composer who toils against a writer’s block and the realisation that his dreams might not become a reality. Directed by Broadway legend Lin Manuel Miranda, “Tick, Tick…Boom” is an amazing musical drama about the struggle creative people face in a world constantly pushing them to conform.

The winner for Best Limited Series, “Underground Railroad” is an alternate history drama set in the US in the early 19th century and tells the story of Cora, a young slave who decides to escape to freedom. A slave in a Georgia plantation, Cora escapes her brutal life by means of the underground railroad, a network of secret escape routes used by abolitionists to help slaves flee. In the series this network is an actual railroad and the safe houses along the route are train stations! Mixing realism with fantasy, this is a series that is guaranteed to shake you to your core.

Power of the Dog

This western starring Benedict Cumberbatch is Netflix’s major win for this year, taking home Best Picture, Best Director for New Zealander Jane Campion and Best Supporting Actor for Kodi Smit McPhee. “Power of the Dog” tells the story of Phil Burbank, a Montana rancher who sees his life changing after his brother marries a woman and moves her and her son into their home. Phil immediately sets off to destroy his brother’s wedding by driving his wife to drinking and bullying her effeminate son. Campion brilliantly deconstructs the “rough, western stereotype” in a psychological drama about coming to terms with oneself.

Another first, O Yeong-su, the actor playing the elderly Player 1 in the massive hit “Squid Game”, becomes the first Korean actor to win a Golden Globe. Yeong-su plays a frail, elderly gentleman who becomes a mentor for series protagonist Seong Gi-hun, as they both take part in a series of bloody children’s games where everyone who loses is executed.