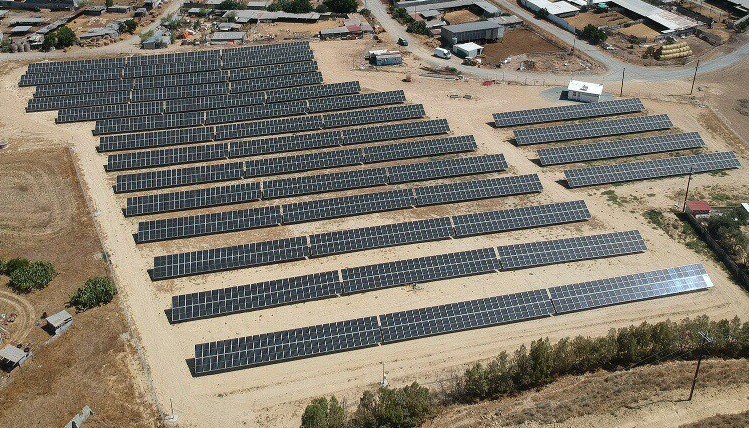 The Cyprus Minister of Energy, Commerce and Industry announced this week that its commercial renewable energy system incentive schemes, including for the creation of photovoltaic parks, have been deemed successful.

The main reasons cited for this assessment include the increased investment in this sector, as well as the increased penetration of renewable energy systems in the Cypriot market.

“First, the programmes attracted investment in the installation of large photovoltaic parks, since, until then, the focus was mainly on small home photovoltaic systems for self-consumption purposes, which, although very important, are not enough to achieve our goals for a green transition,” the ministry said on the investment aspect of the programmes, referencing the schemes that ran between 2017 and 2019.

“In the first plan of 2017, for which the purchase price is determined by the Cyprus Energy Regulatory Authority (Raek), 76 large projects were approved, with 74 of them having a capacity of 96.5 MW, to start their operation in 2020 and 2021,” it added,

The last two projects that fall under the original programmes, which have a total capacity of 5 MW, will be connected at the beginning of 2022.

Countering a claim by the Cyprus Scientific and Technical Chamber (Etek), which said that the plan has spanned five years without the competitive market coming into operation, the ministry stated that the greatest percentage of power generated by photovoltaics in this plan was completed in the period between 2020 and 2021.

Etek said on Monday that the 2018 and 2019 plans for photovoltaics had created distortions in the market, leading to profiteering against consumers, calling on the authorities to intervene.

“The 2019 plan does not provide for the setting of a guaranteed price, as it is based on the regulations of the transitional electricity market,” the ministry explained.

Moreover, while 144 projects were initially included in the ministry’s plan, 132 are currently in progress.

In addition, 32 of the above projects began operating during 2021, while the remaining 100 projects will be connected to the electricity network by the end of 2022.

In terms of promoting renewable energy use, and in conjunction with other similar schemes, the ministry said the plans contributed to Cyprus exceeding its milestones during the respective period of time.

Cyprus had originally pledged that 13 per cent of its energy production would come from renewable sources of energy by 2020.

On the photovoltaic parks that are due to be connected to the competitive energy market in the coming months, the ministry clarified that the prices will be determined by the market.

“Therefore any distortions created by the operation of these projects will be dealt with automatically through the free market,” the ministry said.

“It is also worth mentioning that the contribution of these projects to the total cost of electricity is negligible,” it added.