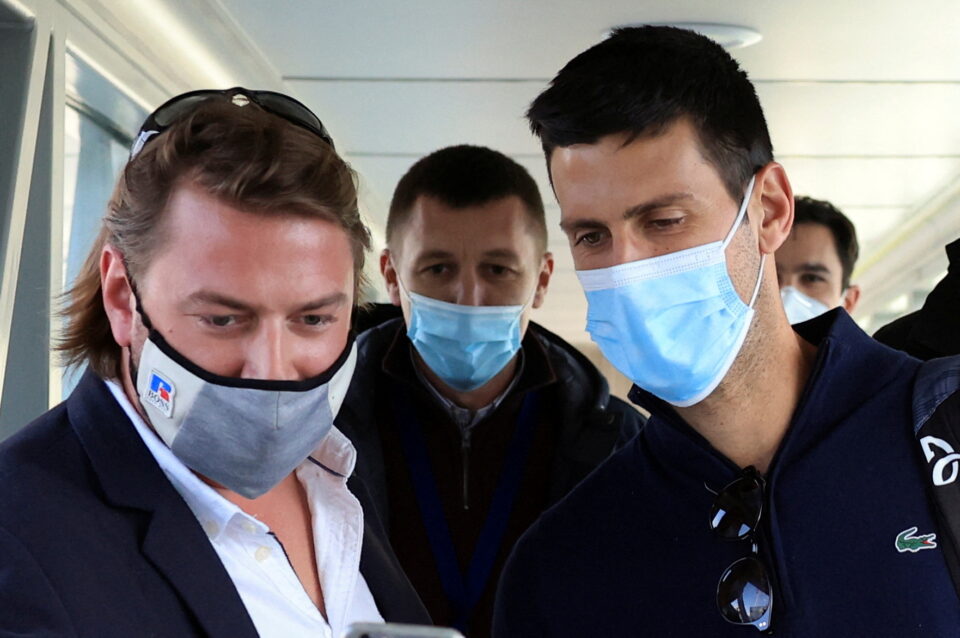 Novak Djokovic is world tennis champion, not an anti vax champion. He arrived in Australia armed with a visa that gave him a presumptive right to enter and take part in the Australian Open, the first of this year’s Grand Slams, but was excluded and removed because he was not vaccinated.

The immigration minister excluded him on grounds of public health and public order.

Unsurprisingly, the minister’s decision was upheld by the Australian courts. It is virtually unheard of for any immigration minister to be reversed in the courts when he or she invokes public health as a ground for exclusion. Judges are extremely reluctant to second guess ministers when they deem it conducive to the public good to exclude foreign visitors in the interest of public health.

Djokovic was properly issued with a temporary visa approved by the state of Victoria and Tennis Australia. His visa was obtained by his agent, and he flew into Melbourne expecting to breeze through immigration control and, as the number one seed, with a every chance of winning the championship and the prize money – increased to 2.3 million Australian dollars for the 2022 Grand Slam.

Bedraggled and jet lagged, Djokovic arrived in Australia to a kafkaesque welcome. He was interrogated for no reason and detained as an illegal immigrant.

Border control officers knew from the beginning that the visa issued to him was granted at the behest of the state of Victoria and abused their powers in interrogating the world’s best tennis player into the early hours of the morning and detaining him as if he were a common criminal.

He was not a flight risk and could easily have been given temporary admission on condition he stayed in quarantine at a five-star hotel commensurate with his status as world tennis champion. Djokovics’ case needed to be reviewed in light of the conflict of laws between Australian state and federal law that was not his fault and there was no need for him to be interrogated. It was opportunist political grandstanding by the Australian government for the oblique purpose of getting Australians vaccinated, and Djokovic was excluded from Australia as a means to that end.

He had been granted a visa by the state of Victoria and Tennis Australia on the basis that he was exempt from the requirement to be vaccinated because he had natural immunity against Covid coupled with the requisite antibodies, having recently recovered from Covid.

Apparently, border control is a matter for federal law, under which Djokovic could not be exempt from the requirement to be vaccinated on the ground of natural immunity, which begs the question why he was given a visa under state law given it was a federal matter.

There was obviously disjointed decision making between the Australia’s state and federal authorities. The bottom line, however, is that the immigration minister has a residual discretion to exclude unvaccinated passengers. The irony is that had Djokovic been told he could be excluded if he were not vaccinated, he would have had time to consider getting vaccinated in his native Serbia before he left for Australia.

After all he stood to lose the chance of winning the equivalent of 1.5 million euros in prize money, which he would have had to balance against any perceived risk from vaccination. Failure to inform him that he would probably be excluded if he travelled unvaccinated deprived him of the chance to get vaccinated.

He may have a case against Tennis Australia and the State of Victoria for the loss of a chance to win the prize money if he is able to show that but for the exemption he would have been vaccinated, even if reluctantly – the most fanatical anti vaxxer would give serious consideration to getting vaccinated for the likelihood of winning 1.5 million euros in prize money.

But there is not much he can do about his treatment by Australian border control. Reading through his interview with the officer at border control I was struck how polite, cool and intelligent Djokovic was, even though he was interviewed into the early hours of the morning and told his visa would be cancelled and that he would be detained. If it were John McEnroe back in the day, he would have told the border officer “you cannot be serious!” sprinkled with the usual expletives.

I too have bitter personal experience of the Australian immigration service, which prides itself for being the nasty service. Way back in 1991, I flew to Sydney to visit a friend. I flew Quantas via Bangkok in Thailand with a visa issued by the Australian High Commission in London.

While waiting for my luggage by the Quantas carousel I was approached by a border officer who began to question me apropos of nothing. He asked about my trip to Australia and why I had been to Thailand, which I thought a ridiculous question given Quantas refuelled at Bangkok those days.

I was wearing a beige suit and sported a Panama hat, and I must have fitted some profile, probably of a drugs smuggler, because he asked if I was carrying illegal drugs and I said I was not. At passport control I was questioned further at length about the nature and purpose of my visit, my visa notwithstanding. Finally I was granted leave to enter and proceeded toward the exit when I was approached by two border policemen who told me I was being arrested under some section of an Immigration Act. What does it say I asked? We don’t have it to hand I was told.

Like Djokovic I was cautioned and interrogated extensively for no reason, except that in the end I was allowed to enter. I like Australians and enjoyed my stay in Australia, but their immigration service is indeed a nasty service.