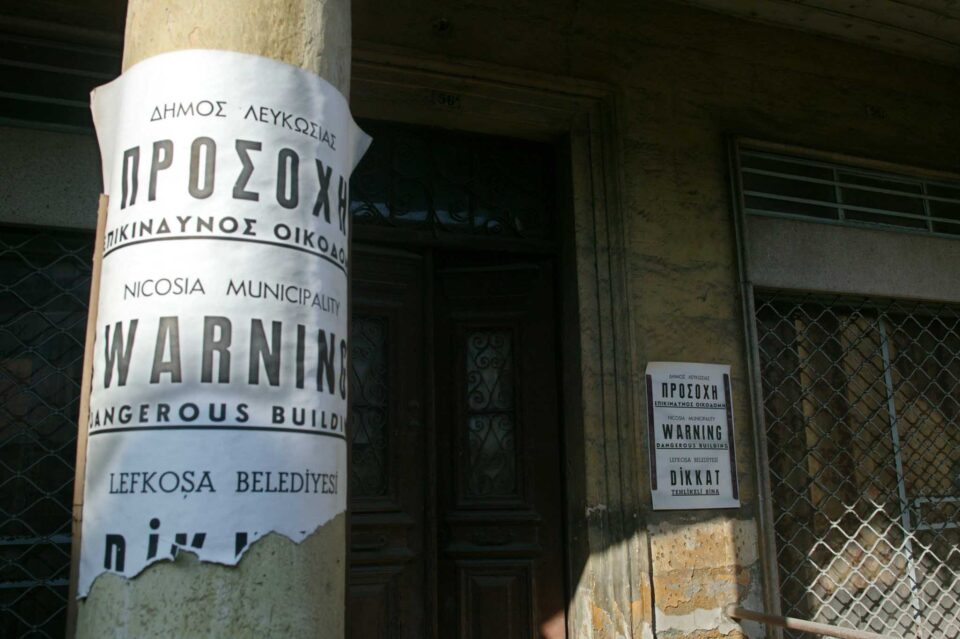 The social and economic future of the old inner part of Nicosia, the Walled City, is in serious doubt. It is a unique area in many ways and has significant but hidden development advantages which remain unutilised weakening its response to generate a new future.

The old city is compact, with a rich and diverse history distinguishing it from undiscerning modern development areas, has sufficient infrastructure capacity for additional population and economic activity but needs two crucial things: vision and resources to turn it around. Both are lacking at present despite several planning reports which showed the way to do better.

It is an area of about three kilometres square, both north and south. The Nicosia Master Plan Project in the 1980’s and its offspring the New Vision Project in the early years of 2000 proposed policies and actions for the whole Walled City as one city, describing it as ‘the heart of Nicosia’. The Walled City overall faces problems of decay, itself a consequence of relative neglect by both property owners and decision makers.

There are no easy tricks but need for putting together a set of policies and getting then right. This is what is missing, and this is the lynchpin of the area’s future.

What to do then? First get a vision together that makes sense, second, get serious about resources and how to use them to go round and produce results for property owners and investors. What might that vision be? Growth supported by two elements that may seem contradictory but are at the core of the area’s future: history and innovation technology.

The Walled City has many underutilised old houses that may be retrofitted to offer sufficient space for new housing, small offices and technology research incubators. Low land-intensive investment in heritage sites and research hubs will unlock a new future for the Walled City, this is its comparative advantage, the hidden wealth of the Walled City.

For years the area remains in decline due to ‘those narrow streets, old houses and small plots’ driving investment demand out into the green fields of the thriving suburbs. So wrong. History and technology research can turn the apparent handicap of space into an advantage, a new knowledge economy in the Walled City, with history and technology playing a leading role, both requiring little space to create new jobs and spending power, both knowledge-intensive drivers for regeneration.

Several initiatives have been implemented recently in the area funded by the EU forming mostly rather disjointed public works type projects. It is difficult to discern the overall policy framework underpinning then all.

Resources is the easier part but not without its own difficulties. Over the last 15 years roughly €50 million has been spent on the Walled City, another €150 million on the central area outside the old city, about half on Eleftheria Square, all EU and state budget grants. No measures are in place to recoup part of that expenditure for further investments in the area to restore those old houses, conserve and market better the cultural sites, improve the infrastructure, refurbish and recycle those old industrial warehouses and workshops, and use local funds strategically to leverage investment interest and mobilise private capital for technology projects with spinoffs in other lines of business.

To save the Walled City a lot more than public works using one-way grants is needed. It needs mechanisms for revolving resources that won’t dry up, it needs greater financial imagination. The EU cares for and promotes sustainable growth in inner urban centres encouraging use of effective financial mechanisms like Jessica (Joint European Support for Sustainable Investment in City Areas) and Jeremie (Joint European Resource for Micro and Medium Enterprises). These are both designed to stimulate sustainable investment and reuse of funds. Why can’t we emulate such good examples and turn history and innovation technology into strategic resources to save the Walled City from further decay?

Vision is the key.

Glafkos Constantinides is an economist and planning consultant

Karousos says government does not back increasing charges at Limassol port