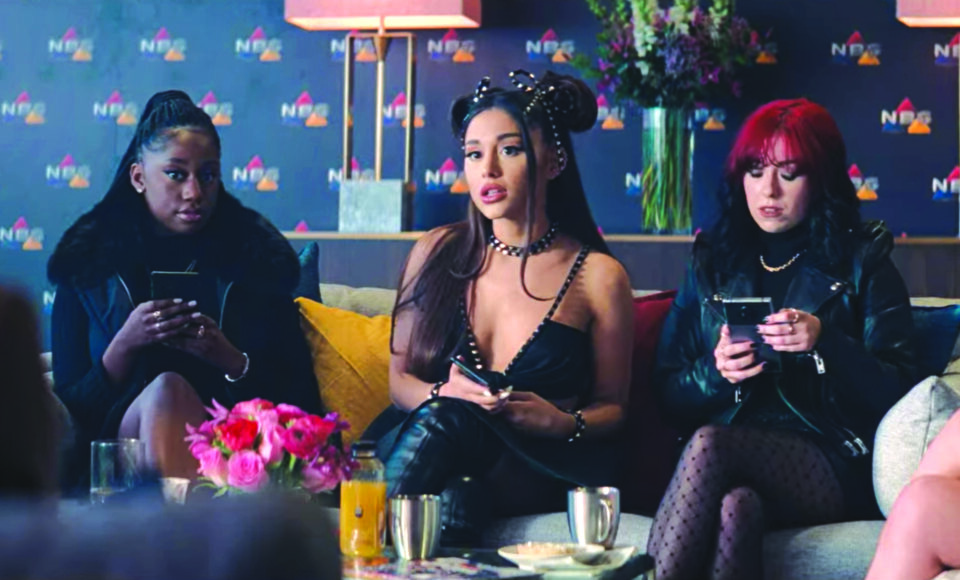 Don’t Look Up, the new environmental-disaster political satire staring Leonardo Di Caprio and Jennifer Lawrence has been breaking records ever since its release on Netflix on Christmas Eve. Between the 27th of December and the 2nd of January it was streamed for 152.3 million hours smashing the most views for a movie in a week. By week four it had reached 321.5 million streaming hours, ranking as the second most viewed film on Netflix. This despite the negative reviews the film had received even before its release on the streaming platform. Even liberal news outlets who identify as politically green denounced it on several fronts, which is satirical in itself because the film criticises through satire the entire political system and mass media over their inaction to tackle climate change.

The movie chronicles the attempts and ultimate failure of two astrophysicists as they desperately try to warn the world about a comet the size of Everest heading straight towards Earth, which would destroy most of its lifeforms.

Sitting anxiously in the lobby of a popular morning show waiting to go live with the news, the two scientists happen to sit across from pop star Riley Bina, portrayed by Ariana Grande, who is also scheduled to appear on the show after them. “How dope you discovered a comet heading towards Earth,” she tells them, “I have a tattoo of one myself”.

It’s all downhill from there. In their efforts to inspire action to at least minimise the comet’s impact they encounter political cognitive dissonance, ignorance, incompetence, vanity and apathy. A direct metaphor for the current state of global affairs with respect to the climate crisis.

The Guardian gave it 2 stars out 5 describing it as an “A-list apocalyptic mess” because it was not entertaining nor smart enough to be a satire. New York Times branded it “a failure” because the film evens out the Left-Right political spectrum in regards to their respective response to reverse climate change (since it should be common knowledge that the Left is on the right side of history in its green agenda). Numerous popular media outlets and respected critics followed suit with brutal reviews to the effect that just a few days ago actor Ron Perlman, who co-stars in the movie, told critics on his Twitter account to “F*** Off.”  A sentiment which many people who watched the film seem to resonate with. So as professional reviewers bashed it, viewers of the movie took to social media and released counter-reviews. An article by Forbes titled “The Reaction To Netflix’s ‘Don’t Look Up’ Is More Interesting Than The Film Itself” sums it up. It also sums up humanity’s attitude to climate change which has become something like a spectral political mythology, much like the 2012 Mayan apocalyptic prophesies about the end of the world.

The philosophical aporia is simple. If global society really did indeed believe that climate change is happening – that for example 50 per cent of the planet’s biodiversity has already gone extinct in the last 50 years and that in the next 50 years, following the same rate of extinction, a further 35 per cent will also be lost forever – would we still wobble between archaic Left and Right ideologies and vote into power professional politicians who have no understanding of the complexities of the situation? And would ‘Save the economy’ be our dominant mantra, given that the more we try to save and expand our so called economy, the more we destroy the planet’s ecosystem? When I look back at Fukushima and then further back at Chernobyl then I would say the answer is ‘yes’. Humanity can be destructive and myopic to the point of self-extinction.

The existentialist challenge we face as humanity is that we are incapable of coming up with a solution outside the socio-political and economic parameters which cause the problem in the first place, namely consumer capitalism, mass industrialisation of all sorts and relentless exploitation of the Earths’ resources. The late British theoretician Mark Fischer introduced the term ‘Capitalist Realism’ in his 2009 book of the same name, which he uses to describe “the widespread sense that not only is capitalism the only viable political and economic system, but also that it is now impossible even to imagine a coherent alternative to it”, going on to quote both Fredric Jameson and Slavoj Žižek who independently conclude that “it is easier to imagine an end to the world than an end to capitalism”.

The Covid pandemic and our reaction to it testifies to the truth of the statement. For two years the entire population of the planet has sacrificed their most basic liberties in a collective effort to contain a deadly virus, but the basic premises of capitalism have not really come into question, even as global inequality increases. Capitalism it seems has become more than our economic ideology. It has become a socio-religious economic world view which we embody. To halt capitalism and reverse climate change we would need to dramatically change the way we live our lives as well as reevaluate our relationship with the living planet around us. This would be extremely difficult, if not impossible to do.

When the two protagonists of the movie finally manage to meet with the US president, played by Meryl Streep, she tells them: “I hear there’s an asteroid or comet or something that you don’t like the looks of. Tell me about it, and then tell me why you are telling me about it”. Upon hearing the science she sympathises and responds that they “cannot go around telling people that there is a 100 per cent chance that they’re gonna die” and concludes the meeting because she has “other appointments”.

An Elon Musk type character then enters the narrative to fund saving the planet for profit. And this is the moment we are stuck in right now. We are living on the most beautiful planet in the solar system, overflowing with life, and the heroes of today divert our energy and attention to colonising a hot, desolate, lifeless Mars, with the aim of populating it in biodomes and eventually rejuvenating it because we can’t figure out how to come up with a non-destructive economic system that does not turn green planet Earth into what Mars is right now. OK.

Alexis Karkotis holds a BSc in Ecology and a PhD in Social Anthropology. He has conducted extensive ethnographic fieldwork amongst indigenous cultures in Panama. His latest research focuses on the socio-economic and environmental impacts of emerging technologies