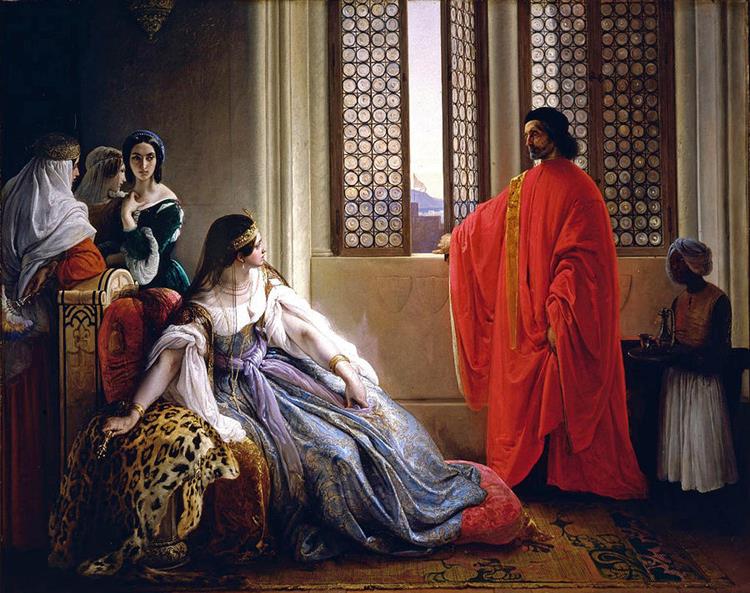 Caterina Cornaro, one of Venice’s most influential female aristocrats, demonstrated that a queen could be as powerful as a king. Caterina was an important person in Renaissance politics, diplomacy, and art during her 16-year reign as queen of Cyprus, propelled into a position of power and prestige, and frequently at the centre of many court intrigues.

As one of the greatest monarchs of the kingdom of Cyprus, Cornaro’s genuine love for her subjects was legendary. Her tragic reign saw the Mediterranean island transfer from the hands of the Lusignan dynasty, who reigned over Cyprus since the Crusades, to the Republic of Venice.

However, few people outside of Venice and Cyprus are familiar with Caterina’s life story. Born in 1454, Caterina Cornaro was the daughter of Marco Cornaro, a knight of the Roman Empire, and Florenza Crispo. The Cornaro family ran many sugar mills in Episkopi, Limassol, and sold their products to Venice. They were a wealthy and important family with extensive ties to Cyprus, particularly in trade and commerce.

When James II became king of Cyprus, Jerusalem, and Armenia in 1468, he chose Caterina to be his wife, supplying him with a much-needed alliance with Venice. According to Craig Barker, education manager at the University of Sydney, “Caterina was 14 years old when she married James by proxy in St Mark’s cathedral on July 30, 1468. In 1472, she set sail for Cyprus to meet her husband for the first time.”

The formal wedding ceremony took place at Famagusta port; however, their marriage was short-lived as James died ten months after they met, leaving the heavily pregnant queen consort to become regent to her new-born son James III. The archbishop of Nicosia and his Neapolitan allies conspired to depose Caterina of the throne, and, despite being imprisoned briefly, the queen regent was reinstated after intervention from Venice.

On August 26, 1474, tragedy struck the young queen once again when her son, the last legitimate successor to the Lusignan line, died. The early death of her child precipitated further conspiracies such as poisoning by her own relatives. Caterina Cornaro ascended to the throne of Cyprus, a position she would maintain for the next 16 years.

Because of the title, Caterina was catapulted into a position of power and prominence and was swiftly caught into a web of court intrigues. Internal plots to remove her were overcome, as was pressure from Naples and the Papal State. Her hometown Venice, on the other hand, posed the greatest threat to the sovereign.

“Control of Cyprus would consolidate the Republic’s influence over the entire Mediterranean, so they removed many of the queen’s trusted advisers and replaced them with commissioners and counsellors influencing decision making,” says Barker. “While it is easy to portray her as a victim of Venetian manipulation, for years she faced down considerable pressure by the Republic to surrender the throne.”

In their one-woman stage production, Caterina: The Last Queen of Cyprus – which premiered in 2015 and represented Cyprus at the world’s largest theatre festival in New York – playwright Anthie Zachariadou and artistic director Andreas Araouzos painted a poignant portrait of a queen, highlighting her life in Cyprus and her bond with the island, as well as her tragic and oppressed status as a pawn of ruthless politics aiming at the island’s domination.

“In 1488, Caterina Cornaro was forced to abdicate and deed the island of Cyprus to Venice. Even though she lost political power, she was still able to stage manage her image successfully,” says Andreas Araouzos, director of the theatrical production. “With their queen’s exile and the monarchy’s collapse, most Cypriots’ lives would remain unchanged.”

In his own account, George Boustronios, a 15th century Cypriot royal official and chronicler, depicted the queen’s departure as a modern-day emotional goodbye scene from a movie: “On February 15, 1489, the queen exited from Nicosia to go to Famagusta. And when she went on horseback, wearing a black silken cloak, with all the ladies and the knights in her company, her eyes did not cease to shed tears throughout the procession. Likewise, the people shed many tears.”

Caterina returned to Italy and built a dazzling court on her fief of Asolo, fostering Italian painters, humanist scientists and writers. As compensation for her abdication, Caterina was allowed to retain the title of queen, until her death in Venice in 1510. She was buried in the church of San Salvador near the Rialto Bridge.

As a patron of the arts, Caterina was painted by celebrated artists such as Dürer, Titian, Bellini and Giorgione. “Even centuries later she continued to influence the arts. The audience hall of Caterina’s castle at Asolo was converted to a theatre in 1798,” said Barker. “In 2017, a portrait of Caterina from a private collection underwent conservation and was exhibited in the Leventis museum in Nicosia in Cyprus for the first time. The conservation work included both art historical research and scientific analysis and confirmed a sixteenth century date for the portrait.”

At a time when male power was absolute, Caterina Cornaro, the last queen of Cyprus, will be remembered as an extraordinary woman who left an indelible mark on the history of Cyprus and Venice.