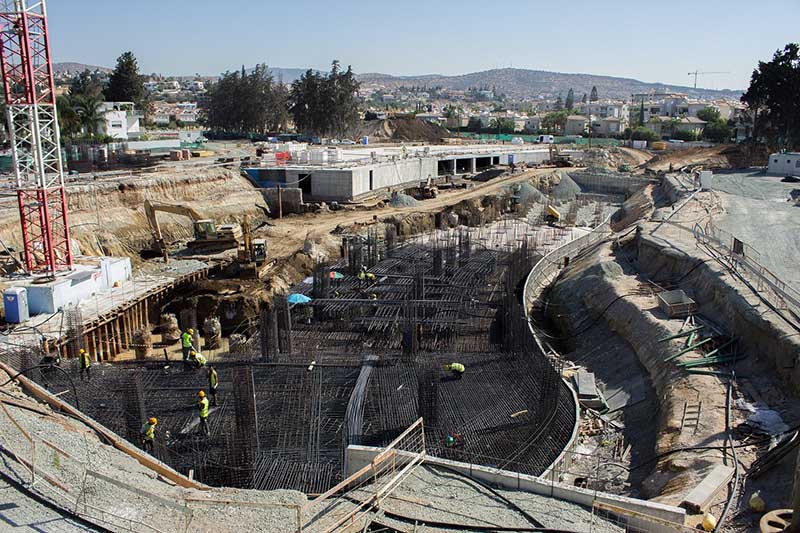 Cyprus Shipping Chamber (CSC) President and ICS Vice-Chairman Themis Papadopoulos and CSC Director General Thomas Kazakos, represented the Cyprus shipping industry at the Board of Directors meeting of the International Chamber of Shipping (ICS), held in London earlier this week.

The meeting focused on the current developments surrounding maritime policy, as well as the sustainable implementation of the European Union and International Maritime Organisation’s environmental regulations, with the aim of facilitating the sector’s green transition.

In addition, ICS Board looked at the challenges faced by the shipping industry due to the pandemic, including the ongoing difficulties with crew changes around the world, as well as the future strategy of the Association to further strengthen and develop the international shipping industry.

The number of building permits issued in Cyprus rose to 715 in November 2021, according to a report by the Cyprus Statistical Service (Cystat) released on Thursday.

The total value of these permits reached €197.7 million with a total area of ​​194.6 thousand square meters.

According to the report, a total of 7,386 building permits were issued between January and November of 2021, with the figure during the corresponding period of the previous year standing at 6,375, representing a year-on-year increase of 15.9 per cent.

The total value of these permits decreased by 11.1 per cent while the total area increased by 1.2 per cent.

The new permits will see 918 new housing units being built, while the total number of housing units constructed between January and November 2021 reached 9,466. This corresponds to a year-on-year increase of 10.8 per cent.

The main Cyprus Stock Market Index was at 69.81 points at 13:17 during the day, reflecting a drop of 0.03 per cent over the previous day of trading.

In terms of the sub-indexes, the main and alternative indexes fell by 0.02 per cent and 0.05 per cent respectively.

The hotel index rose by 0.10 per cent while the investment firm index fell by 0.48 per cent.