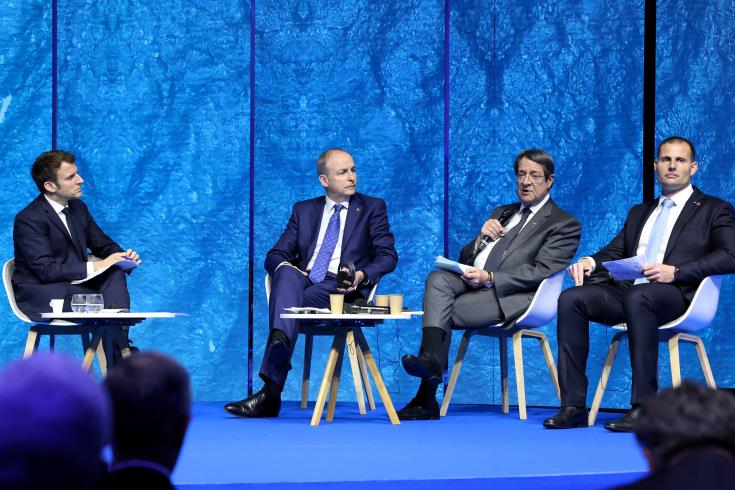 As a leading maritime nation, Cyprus feels responsible to accelerate the transition of shipping to a low carbon and climate-resilient industry, President Nicos Anastasiades said on Friday, addressing the One Ocean Summit taking place in Brest, under the aegis of the EU French Presidency.

The President, who spoke at a panel discussion entitled “Tackling climate change with a special focus on Green Shipping” said that maritime transport has an international character, while climate change knows no borders, adding that it is obvious that we need to act together to agree on targeted international measures.

“The use of cleaner fuels, the deployment of relevant fuel infrastructure, the electrification of ships, and the use of energy efficiency technologies is the way forward,” he noted, adding that “a combination of all the above, coupled with the industry’s initiatives and commitments, such as the Green Marine Label, does have the potential to improve the commercial and environmental sustainability of the sector.” 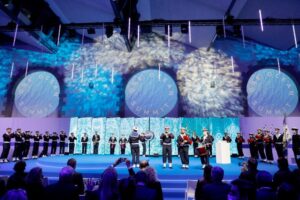 President Anastasiades added that Cyprus Government has already devised its long-term strategy for shipping under the title “SEA Change 2030” with the main objectives being the responsible management of the open seas and the oceans, as well as of the environment.

In his address he also referred to Cyprus initiative to coordinate climate change actions in the Eastern Mediterranean and the Middle East, pointing out that this project aspires to encourage and provide incentives to the countries of our region to prepare their own “Regional Action Plan”, on the basis of their specificities.

“We are also extremely pleased that, after several years of systematic deliberations among the Mediterranean States through the Barcelona Convention System, a proposal has been recently submitted to the International Maritime Organization for the designation of the Mediterranean Sea as Sulphate Oxides Emission Control Area (SECA)”, he added.

The President underlined that it would be extremely significant to protect public health and the environment in the Mediterranean, by reducing exposure to harmful levels of air pollution resulting from these emissions. He also reiterated Cyprus’ readiness to work towards ensuring that this proposal will be approved and enter into force, by 1 January 2025.

“In this same direction, we also urge the Contracting Parties of the Barcelona Convention to commence, the soonest possible, work for designating a Nitrogen Oxides Emission Control Area in the Mediterranean Sea. Such a proposal is expected to minimise further the emissions from maritime transport, achieving significant health benefits and protecting the marine environment,” he said,

In his address the President also said that maritime safety, protection of the environment and maritime security are persisting priorities for the development of a sustainable blue economy in the basin, adding that a proposal was submitted that aspires to raise standards on maritime safety and the protection of the marine environment and to ensure a harmonised approach across the Mediterranean.

President Anastasiades also said that as an active member of the IMO Council, Cyprus will work towards ensuring that shipping will make a meaningful contribution to the protection of the oceans and to minimising the adverse effects of climate change.

“Reaching a unified sustainable path should be our first and foremost priority towards achieving the objectives of the United Nations 2030 Agenda of Sustainable Development with respect to our seas and oceans,” he said.