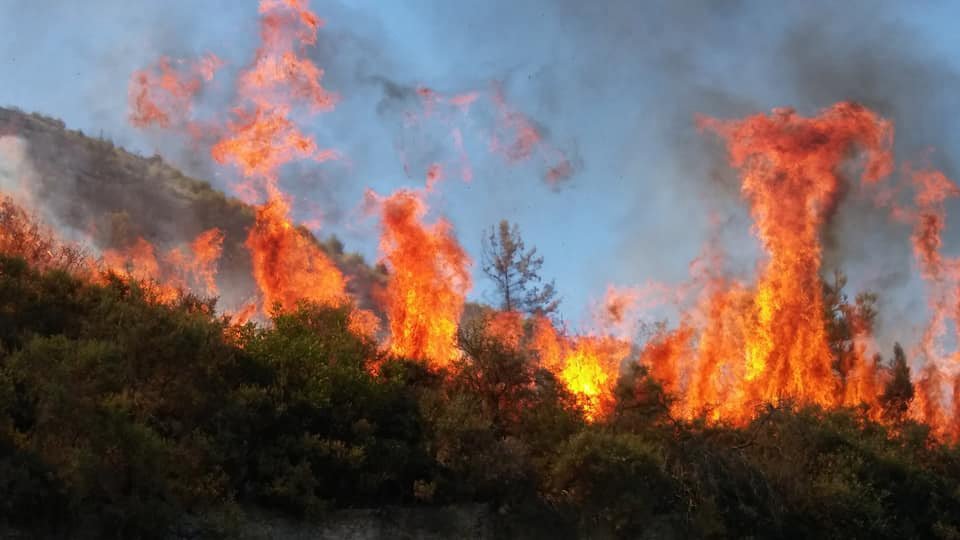 According to the annual report released by the fire department on Monday, the cost of the damage amounted to a staggering €512 million, more than double than in 2020, when the damages accounted for €210 million.

A 2.5 per cent increase in the number of total reported fires was observed last year compared to 2020 but rural fires dropped by 6.58 per cent. The highest number of fires occurred around April, when traditional Easter celebrations take place, and May, when farmers burn dry leaves, often without a permit.

The report says that the decrease is mainly linked to the prevention campaigns carried out nationwide by the fire department which aimed to inform the public about the dangers of accidentally lighting fires for agricultural purposes.

In 92 per cent of the total rural fires recorded, humans were responsible for the damages.

In contrast to rural fires, urban fires went up 20.51 per cent in 2021 compared to the previous year. The report says that most likely, this was due to the restrictive measures that were implemented at times against the Covid-19 pandemic, which resulted in more people staying at home for long periods of time.

As far as the causes of fires in urban areas are concerned, these were, for the most part, attributed to electrical problems, failure of electrical appliances, electrical or mechanical problems in vehicles, cigarette butts, malicious acts, arson, defective chimneys and fireplaces, incorrect use of fireplaces, heating and cooking appliances and negligence in the workplace.

The total number of people who were rescued from fires stood at 29, whereas 19 were severely injured and seven died, compared to three in 2020.

Moving on, for occurrences where fire brigades were called to rescue people from accidents not involving fires, which amounted to a total of 1707 cases, 284 people were injured and 57 died.