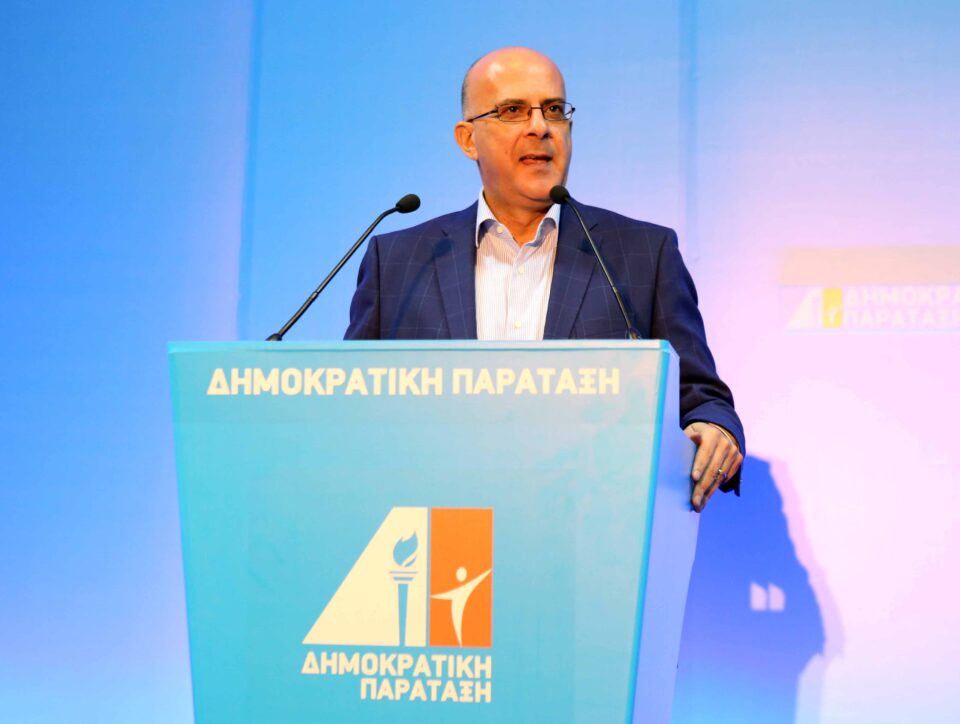 Dipa president Marios Garoyian on Sunday proposed the formation of a government of national unity.

Addressing the party’s Electoral Congress, he suggested a common presidential candidate for the 2023 presidential elections “who guarantees the implementation of a common governance programme”.

“Together we can win tomorrow,” he said describing the presidential elections as a decisive milestone, and a chance to “push Cyprus into a new era”.

He was automatically rechosen as the leader of the party, created in 2018 to regenerate the centre, in the absence of another candidate.

Garoyian said there needs to be a new vision for society to enable it to exit the current crisis.

He said Dipa would move forward “with new ideas and new faces. With the courage and boldness that our times and our people demand to give radical but also realistic solutions”.

The Cyprus problem, he said, is going through one of its most critical phases.

Only one solution is possible, he said, a bizonal, bicommunal federation within the parameters of the United Nations.

“Any other discussions or novel ideas outside these parameters, just offer pretexts for the Turkish side to promote the two-state solution,” he said.

For this reason, Dipa encourages any initiative for effective Confidence Building Measures (CBMs).

“The liberation and reunification of our country is our first priority,” Garoyian added, saying the second was to create a better future for the island’s children.

This would be achieved with “sustainable development, which respects and protects the natural environment. With a fair and modern social state. With public policies on education, health, welfare. Policies that create equal opportunities for all”.

Referring to the national health scheme Gesy, he said there is an urgent need to address its weaknesses, and abuses. “We say Yes to the improvement of Gesy, no to its cancellation”.

He also said there was a need to put an end to corruption, which is not a new problem – “it is old and timeless”.

Elsewhere, he called for the adoption of a minimum wage and the creation of housing schemes to help young people get on the property adder.