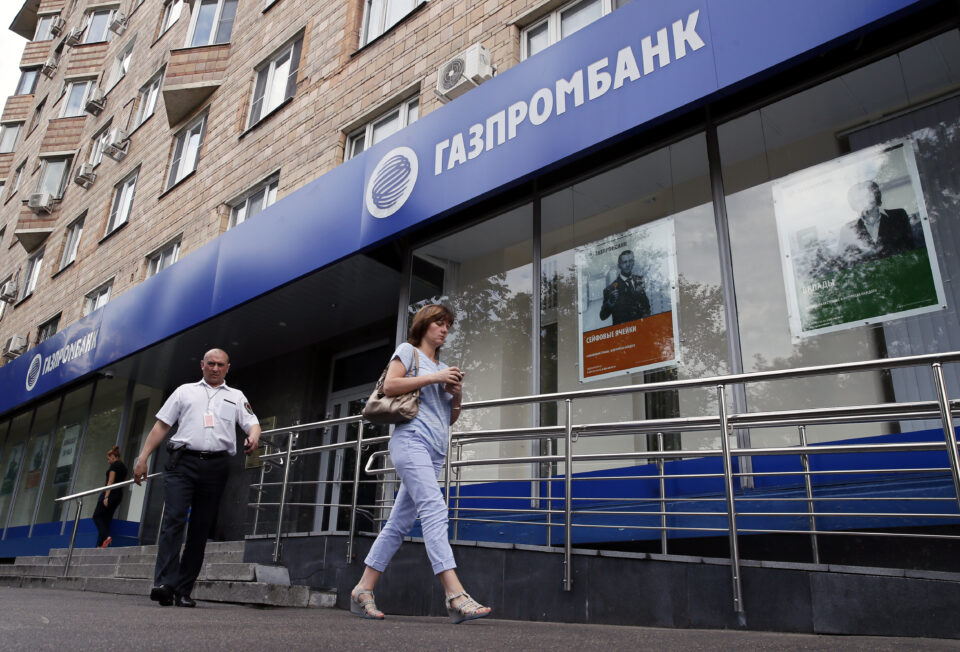 The United States and its allies are coordinating new financial and economic sanctions on Russia after Moscow recognised two breakaway regions in eastern Ukraine as independent entities, officials said.

President Vladimir Putin also signed a decree on the deployment of Russian troops to the breakaway regions. But White House officials said that because Russia already had troops in the regions, Moscow’s moves did not trigger a broad package of sanctions which Washington and its allies have been working on in the event of a Russian invasion of Ukraine.

Russia has been under Western sanctions since its 2014 annexation of Crimea from Ukraine. More punitive measures were added after a former Russian spy was poisoned in Britain in 2018 – Russia denied any involvement – and following an investigation into allegations, denied by Moscow, of Russian meddling in the 2016 U.S. presidential election won by Donald Trump.

Here are some ways sanctions could target Russia:

Some smaller Russian state-owned banks are already under sanctions: Washington imposed curbs on Bank Rossiya in 2014 for its close ties to Kremlin officials.

According to sources, the Biden administration has prepared a sweeping measure to hurt the Russian economy which would cut the “correspondent” banking relationships between targeted Russian banks and U.S. banks that enable international payments.

Washington also will wield its most powerful sanctioning tool against certain Russian individuals and companies by placing them on the Specially Designated Nationals (SDN) list, effectively kicking them out of the U.S. banking system, banning their trade with Americans and freezing their U.S. assets.

Sources familiar with the planned measures said VTB Bank , Sberbank, VEB, and Gazprombank are possible targets. It is unclear whether Russian banks would be added to the SDN list, but both types of sanctions could hit Russia hard and make it difficult to transact in U.S. dollars.

Russia’s large banks are deeply integrated into the global financial system, meaning sanctions could be felt far beyond its borders. Data from the Bank of International Settlements (BIS) shows that European lenders hold the lion’s share of the nearly $30 billion in foreign banks’ exposure to Russia.

According to data from Russia’s central bank, total Russian banking foreign assets and liabilities stood at $200.6 billion and $134.5 billion respectively with the U.S. dollar share amounting to around 53% of both, down from 76-81% two decades ago.

Sanctioning persons via asset freezes and travel bans is a commonly used tool and the United States, the EU and Britain already have such sanctions in place against a number of Russian individuals.

The EU on Monday imposed sanctions on five people who were involved in a Russian parliamentary election in annexed Crimea in September 2021.

While the United States has used the SDN designation to sanction oligarchs deemed to be “bad actors” in the past, it has become more cautious in recent years after 2018 sanctions on the owner of Rusal saw aluminium prices skyrocket and force Washington to backtrack.

A bill unveiled by U.S. Senate Democrats in January aims for sweeping sanctions against top Russian government and military officials, including Putin, and President Joe Biden has said he would be ready to consider personal sanctions on the Russian president.

Moscow has said any move to impose sanctions on Putin himself would not harm the Russian president personally but would prove “politically destructive”.

Britain – home to many wealthy Russians – has threatened to expose property and company ownership on its soil if Russia invades Ukraine, with Johnson saying there was “an issue with Russian money in the city (of London)”.

The White House has told the U.S. chip industry to be ready for new restrictions on exports to Russia if Moscow attacks Ukraine, including potentially blocking Russia’s access to global electronics supplies.

The United States and the EU already have sanctions in place on Russia’s energy and defence sectors, with state-owned gas company Gazprom, its oil arm Gazpromneft and oil producers Lukoil, Rosneft and Surgutneftegaz facing various types of curbs on exports/imports and debt-raising.

Sanctions could be widened and deepened, with one possible option being to prevent companies settling in U.S. dollars.

Nord Stream 2, a recently completed pipeline from Russia to Germany that has yet to win regulatory approval, would also be subject to sanctions by the European Union, Austrian Chancellor Karl Nehammer said.

Europe’s dependence on Russian energy supplies weakens the West’s hand when considering sanctions in this sector.

One of the harshest measures would be to disconnect the Russian financial system from SWIFT, which handles international financial transfers and is used by more than 11,000 financial institutions in over 200 countries.

In 2012, SWIFT disconnected Iranian banks as international sanctions tightened against Tehran over its nuclear programme. Iran lost half its oil export revenues and 30% of foreign trade, the Carnegie Moscow Center think tank said.

Among Western countries, the United States and Germany would stand to lose the most from such a move, as their banks are the most frequent SWIFT users with Russian banks, said Maria Shagina at the Carnegie Moscow Center.

The number of messages sent via SPFS was about one fifth of Russian internal traffic in 2020, according to the central bank, which aims to increase this to 30% in 2023. However, SPFS has struggled to establish itself in international transactions.

Access to Russian bonds has become increasingly restricted and sanctions could be tightened further, with a ban on secondary market trading of both new Eurobond and new Russian rouble bonds known as OFZs floated as an option.

Sanctions imposed in 2015 made future Russian dollar debt ineligible for many investors and key indexes. Those measures have cut Russia’s external debt by 33% since early 2014 — from $733 billion to $489 billion in the third quarter of 2021. Lower debt improves a country’s balance sheet on the surface, but deprives it of financing sources that could contribute to economic growth and development.

How we made a video game based on medieval records