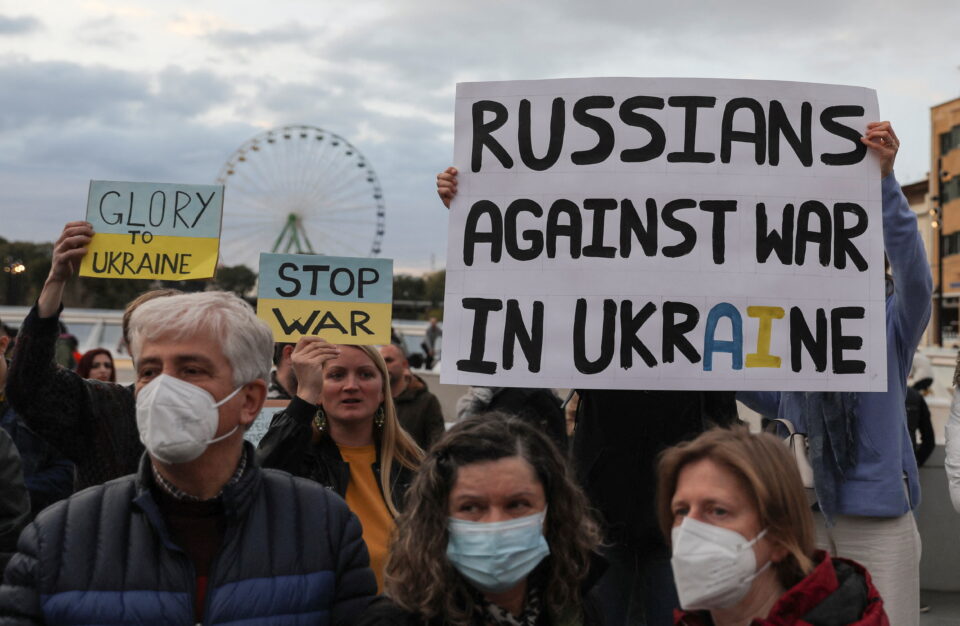 Any sanctions imposed on Russia will inevitably end up impacting Cyprus’ economy as well, particularly the tourism sector, president of the Employers and Industrialists Federation (Oev) Michalis Antoniou said on Monday.

He was speaking hours after the EU banned Russian planes from its airspace.

Speaking to CyBC radio, Antoniou said that the closure of the Cypriot airspace to Russia will hit the tourism sector, as Russian visitors “represent a sizeable portion of tourists every summer.”

He also said that the decision of what sanctions to impose should be taken swiftly and with minimal political consultation in order to avoid any delay and to send a strong message to Russia.

“Cyprus will be impacted by the sanctions as well, although the size of the damage is hard to calculate as of now,” Antoniou said.

“What I can foresee for sure is an increase in the cost of fuel and other products related to it, with a consequent rise in the level of inflation of the island.”

His comments on tourism were echoed by director general of the Cyprus Chamber of Commerce Marios Tsiakkis, who said the ongoing war will impact the pockets of potential Russian visitors to the island.

“Not only the closure of airspace, but also the devaluation of the rouble will play a big part in the impact of the war on our tourism sector.

Transport Minister Yiannis Karousos said the government, especially his and the tourism ministry, are hard at work to absorb the effects of the closure of airspace to Russian airlines.

“Cypriot authorities estimated the movement of 1.3 million passengers between Cyprus and Russia in 2022, roughly 15 per cent of the island’s total air traffic,” Karousos said.

Should the conflict continue, he said, this number will be lost.

That is why it is imperative to improve the island’s connectivity to other countries, he added. “Just like during Covid-19, we will have to find a way to attract alternative markets. I believe we can bring results.”

President of the Paphos Hoteliers Association Thanos Michaelides, however, said it is still too early to make predictions on the impact the ongoing conflict will have in the summer.

“Generally speaking, the majority of bookings from Russia and from Ukraine take place around May, a month in which we always register an uptick in the number of reservations,” he told the Cyprus Mail on Monday.

“There are still many months ahead of us and the situation could change for the sake of everyone involved.”

Michaelides also added that the Paphos area is less reliant on bookings from Russia and Ukraine and more on visitors from the UK and central European countries.

“Let’s see what is going to happen in the upcoming weeks, making assumptions now is not helpful,” he said.

Last year, Russians comprised 40 per cent of all tourist arrivals, whereas in 2019, before the start of the Covid-19 pandemic, the number of Russian tourists came to 782,000 – out of a total of 3.9 million.

“Russia’s inflation and consequent economic crisis, coupled with possible bans on Russian airlines to land in Cyprus, will surely have an effect on our economy, particularly the tourism sector,” Tsiakkis said.

Last week, Deputy Minister for Tourism Savvas Perdios had assured the tourism industry that the government is devising a contingency plan in the event of a flare-up in Ukraine and possible sanctions on Russia.

His ministry said a conflict would have serious consequences for the island’s economy.

“The tourism sector would surely suffer, but also the economy in general,” the ministry said.

Stek director general Chrisemily Psilogeni told the Cyprus Mail on Monday that her association is due to meet representatives of the deputy ministry of tourism on Tuesday to assess the situation and to discuss possible alternative plans to make up for the potential missing number of arrivals this summer.

Meanwhile, the Institute of Certified Public Accountants (Selk) on Monday also added that sectors such as tourism and trade, as well as investments and financial transactions will feel the effects of the conflict, as Cyprus holds close ties with both Ukraine and Russia.

Demo in support of Ukraine on Monday night