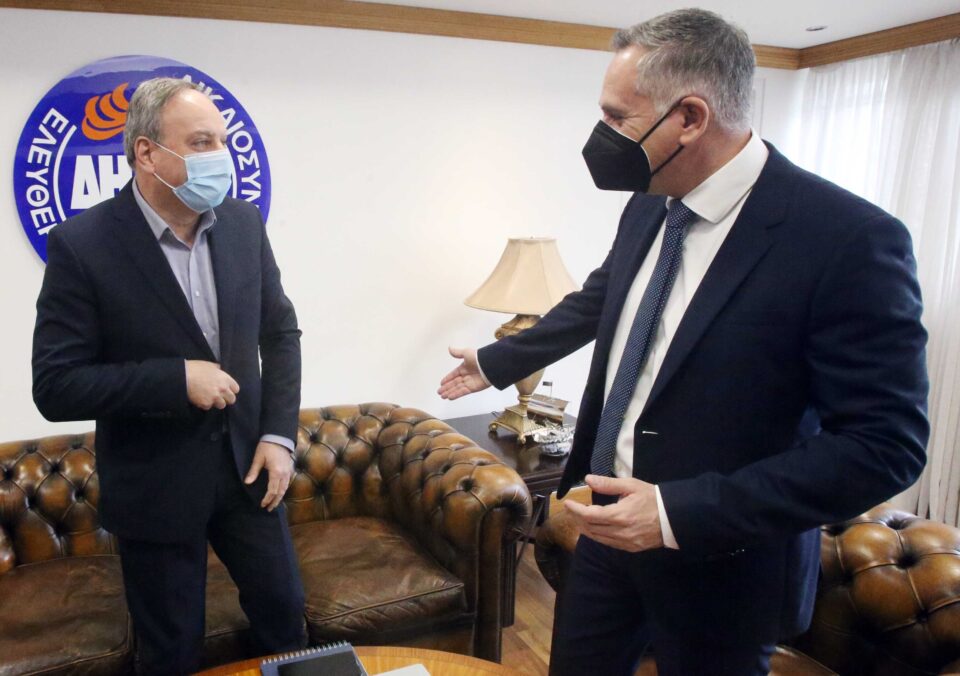 The leaders of the two largest opposition parties met on Tuesday to sound each other out ahead of the 2023 presidential elections, while other such exploratory discussions are scheduled for this week.

Following their tete-a-tete, Akel’s Stefanos Stefanou and Diko’s Nicolas Papadopoulos spoke of a “cordial” and “useful and constructive” talk that took place in an “excellent ambience.”

They both agreed on the general premise for the need of a change in government.

Papadopoulos said his party would have contacts with other opposition parties “with the expectation of reaching a common political framework on all important issues that concern society.”

The coming elections, he said, are different – they will be “a contest for the present and the future of our country and people.”

Diko will also seek out a meeting with the leader of socialists Edek sometime over the next few days.

Papadopoulos said of Edek that “we feel they are a potentially significant partner in this endeavour for change.”

For his part, Akel boss Stefanou said he did not anticipate that the deliberations for election alliances would take too long.

“The electoral and political landscape is fluid. We will continue our contacts. We will have meetings with other parties who share the belief in the need for change. Through dialogue we will see how things shape out.”

Meanwhile also on Tuesday chairman of ruling Disy Averof Neophytou had a one-on-one with attorney Achilleas Demetriades, who just a day earlier announced his presidential candidacy as an independent.

In a brief press release later, Disy said an “open discussion” took place between the two. Demetriades briefed Neophytou about his political programme.

Although Demetriades is running as an independent, realistically he would need backing from the established parties to stand any chance.

Later this week Disy’s Neophytou will hold a meeting with the head of Dipa Marios Garoyian.

Dipa have floated the idea for “a government of national unity.” Disy want to hear what exactly Dipa mean by that.

So far, Demetriades and Marios Eliades (a former minister) have openly declared their candidacies. Neophytou will be the Disy candidate although the official announcement of that is yet to take place.

A poll published by Philelefheros over the weekend found that Akel MP Irene Charalambidou had the highest chance of winning the elections in the event of a collaboration between Akel and Diko. This was a projection of who could win, rather than a question of preference.

Charalambidou garnered 19 per cent, followed by former foreign minister Erato Kozakou-Markoullis with 15 per cent, and former health minister George Pamborides at 12 per cent.

The name of Pamborides – who served in the Disy administration – has been heard as a possible candidate for Akel.

It’s understood that Akel will almost certainly sponsor a candidate from outside their own party.

Police looking for one man after Sunday night’s murder (updated)