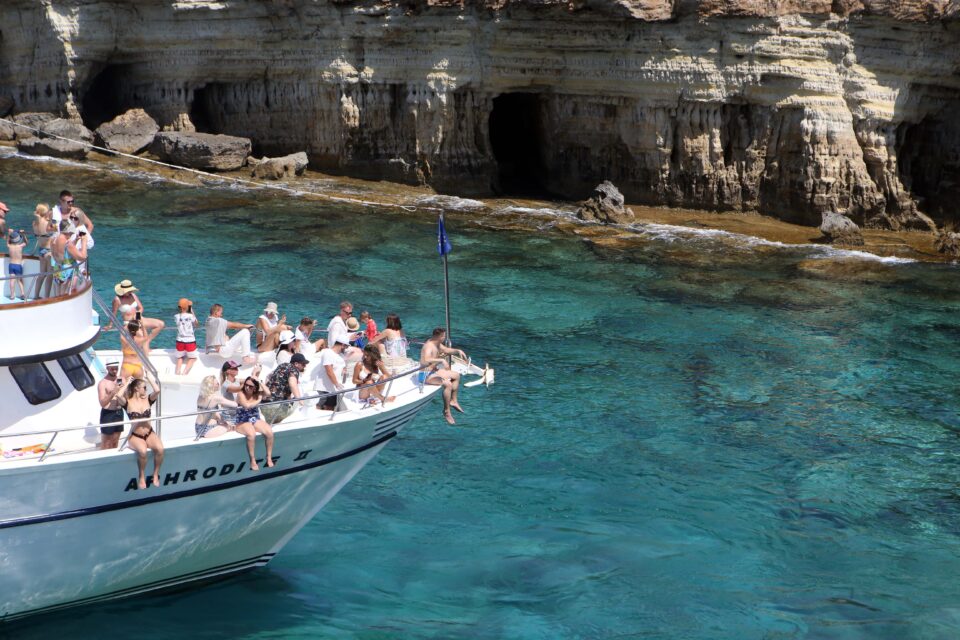 By Jonathan Shkurko and Antigoni Pitta

Transport Minister Yiannis Karousos and Deputy Minister of Tourism Savvas Perdios reassured hoteliers and local authorities in the Famagusta district on Friday that the government was preparing an action plan to cover the gap left in the tourist industry by the situation in Ukraine.
The two ministers attended a meeting called by the Cyprus Hoteliers’ Association (Pasyxe) board to discuss the difficult situation stemming from the conflict and to listen to the suggestions made by industry workers.

The Association of Cyprus Tourist Enterprises (Stek) said the gap would be impossible to cover.

Meanwhile, Disy head Averof Neophytou has suggested dropping the FlightPass from April 1 would help the tourism industry recover from the crisis caused by the invasion of Ukraine. He said moving the ‘bureaucratic obstacle’ could help increase arrivals.

Karousos said that Russian and Ukrainian tourists are estimated to make up over a fourth of the total tourist numbers coming into Cyprus every year, with an estimated loss of 800,000 tourists as a result of travel restrictions imposed on Russia across Europe.

He said the government had estimated this year’s tourist numbers would come close to the record year of 2019, with businesses reporting a 90 per cent booking rate. “We would have been very close if the war hadn’t broken out.

“We’ve now accepted that we’ve lost the Russian and Ukrainian markets this year,” he said, adding the action plan would promote the Cypriot tourist industry to new markets with a view to them covering some of the losses.

He said the focus of both his and the deputy ministry of tourism has shifted to attracting tourists from countries in Europe and the Middle East.

Karousos also mentioned the expanded destination list of Cyprus-based airline TUS, remarking that there has been increased interest from more airlines and cruise ship operators.

“Some of the world’s largest cruise ships are considering making Limassol port their home,” he said, which would funnel at least €1million a day into the Cypriot economy.

Perdios spoke of a very difficult year for Cyprus’ tourism industry, adding that the briefing and exchange of views was important and useful as authorities “will have to support the industry soon, as they did during the pandemic crisis.”

“It is important for us to hear first-hand the ideas of the people who will be most affected by the situation so that we can convey the right messages to other competent ministries,” he said.

Asked to discuss whether he is considering any special measures for the of Famagusta district, which will be the most hit by the lack of Russian and Ukrainian tourists this summer, Perdios said that hoteliers and mayors in the area have put their ideas on the table and that they will conveyed to a special committee which will be set up specifically to deal with the situation.
The head of the Famagusta Hoteliers’ Association Doros Takkas said that government support is urgently needed to mitigate the consequences of the crisis and to avoid seeing hotels closing down.

“We also need the help of the EU, as we are a small country and we massively rely on our tourism sector for our economy,” Takkas said.

Speaking after him was Ayia Napa mayor Christos Zannettos, who added that the Russian and Ukrainian markets represent 65-70 per cent of the tourist arrivals on the island and therefore the impact of their absence will be felt in the area.

“It is not yet clear when the war will end, I believe the worst is yet to come in Russia, and with the rouble devaluing, the cost of traveling for a vacation for Russians and Ukrainians will be a very high obstacle,” he said.

Stek head Akis Vavlitis said the association applauds the combined efforts of the transport ministry and deputy tourism ministry to attract new markets, saying however that the association is not so optimistic that the gap would be adequately covered.

Vavlitis said that hotel owners will follow the ministries in fostering new connections, but at the end of the day “it would be impossible to fully cover the gap left through other markets”.

“This crisis will be another significant blow to Cypriot tourist businesses, who largely depend on the Russian market,” he added, after weathering two very difficult and financially damaging years because of the pandemic.

Further expected price hikes across the board will put additional pressure on the tourist industry, which had been optimistic that 2022 would be a year of recovery, he said.

“In light of the recent events, we are calling on the labour ministry to urgently examine the prospect of reinstating a support scheme for hotels that depend on Russian and Ukrainian tourists, similar to the one set up during the pandemic, as they will definitely be affected”.

Neophytou has held several meetings with leaders of the tourism industry and said that the island will emerge victorious from this crisis too.

“The good tourist name of the country and the upgrading of tourist services contribute decisively to finding alternatives to the reduction of arrivals from Russia and Ukraine,” he said.

Our View: Some Gesy teething problems could have been foreseen

More than 400 workers look to Cyprus for relocation