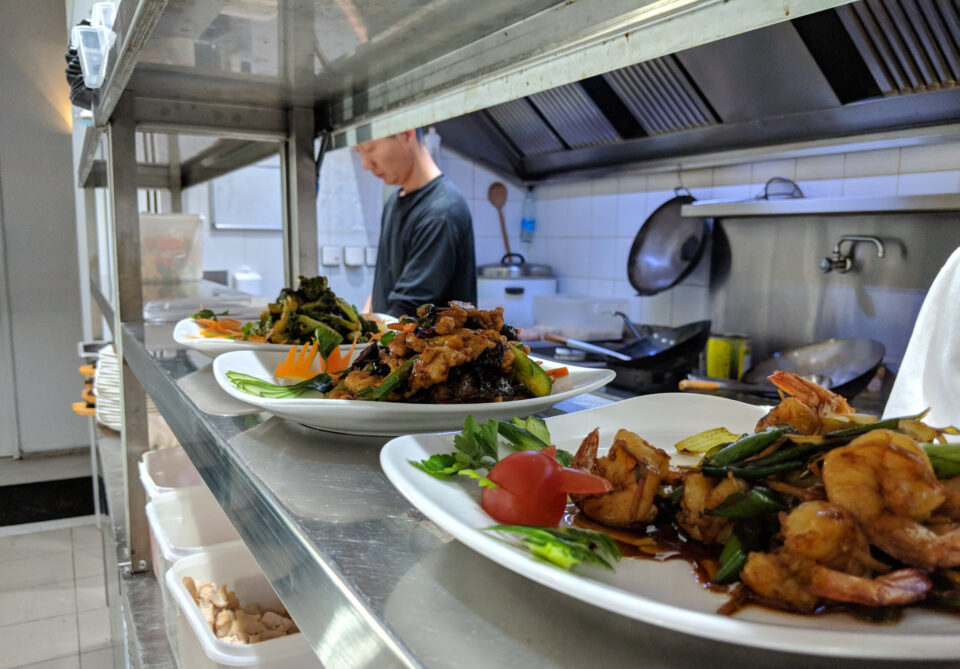 Due to world events, we have all been eating out a lot less than usual. This, in turn, has meant that some world cuisines have been missing from our dining experiences. Indeed, I have not enjoyed a Chinese or Indian meal for quite literally years!

Friends have constantly recommended one Chinese restaurant, the Imperial Chinese on Poseidonos Avenue in Paphos. Despite having lived here for many years, and as can often happen, I had missed this gem until now. It is positioned on the first floor of a large modern building just set back from the road. Those in the know about Chinese food have indeed been making it one of their favourite spots.

Upon entering the building, you take a lift to the first floor, which opens up into a considerable space. It is tastefully decorated in a very modern style, creating a luxe dining rendezvous. Gone are the days of Chinese restaurants with flock wallpapers and gold dragons everywhere. The interior is vast, with the addition of a sizeable dining terrace overlooking the avenue below.

The restaurant promotes itself as modern Chinese with chefs from China and Thailand with the extensive menu reflecting the many regional cuisines from across this huge country. When we sat down a large bowl of prawn crackers was put on the table, the first of our freebies of the night. If you are a lover of Sushi, there was a good list of the more traditional dishes, either individually or as a platter. And perfect for these chilly days, there were ten soup options, varying from Won Ton to Tom Yan Chun. The other starters included the usual Tempura Prawns and Spare Ribs, but we went for the recommendation of our fellow diners and ordered Fried Prawns on Toast. The prawns were large, succulent and tasty, plus despite being fried, they were not in the least bit greasy.

For main course, the possibilities are endless. We selected two chicken and two beef choices to be shared with fried rice. One of the chicken dishes was in Singapore Style, which one of the waiting staff recommended. Personally, I loved it, but our guests found it a little too spicy. The other option was a tantalising Sizzling Chicken. Beef dishes included one with Cashew Nuts and the ever-popular Crispy Beef. They were both excellent and certainly tasted very authentic. All the dishes were cooked perfectly and beautifully presented.

Thankfully the tables are large, and there is plenty of room for all the dishes. Unlike most Chinese restaurants, the portions are very generous, providing enough for everybody to enjoy second helpings. Despite the size, they were still full of quality ingredients and had not been made to look more extensive with the addition of multiple sauces.

To end our Chinese banquet, we were delighted to be offered yet another freebie. The dessert menu was not presented, as the waiter said, “a sweet dish to share was on the house”. This arrived on the table as a large bowl of Ice Cream with scoops of four varieties and the addition of Apple and Banana Fritters. All the other tables seemed to have the same, but I am not sure if this is always the norm.

The only slight criticism I had was that the service was almost too efficient and too fast. The whole team were very attentive throughout, but we finished the meal very quickly. Possibly, we were actually at fault for not taking up the offer of a break between the first two courses.

Such is the success of this restaurant that seven years ago they opened another Imperial Chinese in Nicosia so it is available at both ends of the island.

HOW MUCH Main course around €11