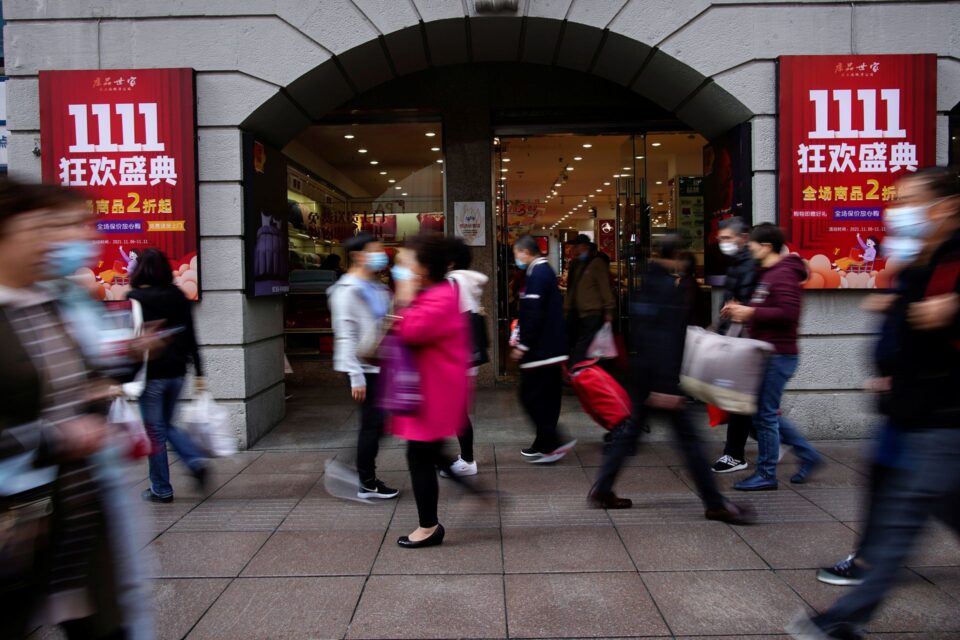 ‘China has succesfully completed building a moderately prosperous society … and put an end to absolute poverty for the first time in history,’ says Ambassador Liu

AS the 49th Session of the United Nations Human Rights Council continues in Geneva, I would like to take this opportunity to share my thoughts on human rights.

The Communist Party of China (CPC) and the Chinese government always respect and protect human rights. In the past 100 years since its founding, the CPC has been leading the Chinese people in the fight for human rights, striving for the respect, protection and development of human rights.

In its human rights practice, China has unswervingly followed a path of human rights development that conforms to the trend of the times and its own national conditions by putting people first and enhancing the people’s sense of gain, happiness and security, making historic achievements in promoting human rights at home, and at the same time contributing greatly to the development of human rights around the world.

China is one of the first countries to set the goal for human rights. As a victorious country in World War II, China participated in the founding of the United Nations and the UN Human Rights Council (UNHRC). Mr. Zhang Pengchun, a Chinese government representative who was then vice-chairman of the UNHRC, played a key role in the drafting of the Universal Declaration of Human Rights. After the founding of the People’s Republic of China in 1949, China formulated its first Constitution with a special chapter that stipulates the basic rights and obligations of its citizens. “Respect and protection of human rights” has also been written into the Constitution of the CPC.

Chinese President Xi Jinping pointed out that a happy life for all is the biggest human right. A country’s human rights are essentially gauged by whether it takes a people-centered approach to human rights, and whether it ensures that the people equally enjoy broad, full, real, specific, and effective human rights, as well as protect and promote human rights in an all-round way with the rights to subsistence and development as the primary goals. In 2021, China successfully completed building a moderately prosperous society in all respects and put an end to absolute poverty for the first time in history.

In 2021, China’s per capita GDP reached US$12,551, exceeding the global average. China is fully committed to common prosperity, and the people’s sense of gain and happiness has greatly improved. China adheres to the policy of promoting equality and unity among all ethnic groups as well as freedom of religious belief and has insisted on and facilitated enjoyment of human rights on an equal-footing basis.

The human rights of ethnic minorities such as Uyghurs and Tibetans are effectively guaranteed. Over the past six decades and more, the Uyghur population has surged from 2.2 million to around 12 million, with average life expectancy rising from 30 years to 74.7 years. China effectively protects the rights and interests of vulnerable groups, including the disabled, and has implemented a series of drastic measures to develop the cause for the disabled.

The recently released Chinese government white paper on “The Development of Sports for The Disabled Persons in China and Protection of Their Rights” reflects the progress in living conditions and human rights of the disabled. China adheres to the all-round and coordinated development of human rights, and strives to enhance and protect people’s economic, political, cultural, social, ecological and environmental rights, in order to promote and realise the all-round development of human beings.

At present, it has built the world’s largest education system, largest social security system, largest medical system, and largest grassroots democratic election system. China adheres to the principle of putting people and human lives first. Throughout the fight against Covid-19, China has protected people’s lives to the greatest extent possible and provided free treatment and free vaccination to 1.4 billion people. From new-born babies just over 30 hours’ old to centenarians, every life is fully protected.

China is the country with the lowest infection and mortality rate and highest vaccination rate in the world. At the same time, China is doing its best to provide the international community with more than two billion doses of Covid-19 vaccine, benefiting more than 120 countries so far.

The same goes for human rights and human development. Therefore, China has put forward the concept of building a Community with A Shared Future for Mankind, initiating and promoting the joint building of the Belt and Road Initiative (BRI) to allow countries at different development levels equal rights to development and sharing of the fruits of development. In 2021, trade between China and countries along the Belt and Road exceeded US$1.8 trillion, a year-on-year increase of 23.6% and a record high in eight years.

At the general debate of the 76th United Nations General Assembly, President Xi Jinping proposed the “Global Development Initiative” to accelerate the implementation of the 2030 Agenda for Sustainable Development. This is another public product that China has contributed to the promotion of international human rights, which has received positive responses and support from the United Nations and nearly 100 countries.

China has also actively engaged in South-South cooperation to support and help developing countries, especially the least developed countries, in eradicating poverty. We have made the strictest country-specific emission reduction commitments, facilitated the finalisation and active implementation of the Paris Agreement, and pushed for global efforts in actively addressing climate change and achieve sustainable development.

Human rights have historical, specific and practical contexts. Evaluating the human rights situation of a country must not disregard its historical, cultural traditions and actual conditions, especially the urgent needs of its people, nor force upon it standards deemed to be right by another country or countries.

China is willing to work with all parties to respect the diversity of human rights, uphold equality and mutual trust, inclusiveness and mutual learning, win-win cooperation and common development, vigorously promote the common values of peace, development, fairness, justice, democracy and freedom for all mankind, actively promote the development of global governance on human rights in a fairer, more equitable, rational and inclusive direction.

So far, China has established human rights dialogue and consultation mechanisms with more than 20 countries and regions. There have been 37 rounds of China-EU Human Rights Dialogue. China is willing to enhance mutual understanding and properly handle differences through frank and friendly discussions, but we will never accept accusations of “human rights preachers” based on lies and rumour, especially from those countries that have bad human rights records themselves and are totally unqualified to lecture others. We firmly oppose political manipulation, economic bullying and institutional confrontation in the name of human rights.

China and Cyprus have been true friends of mutual respect, understanding and trust. We are strategic partners with common principles and values, and a good model for mutual appreciation and learning between Eastern and Western civilizations. We share important consensus and common concerns.

China supports Cyprus’ candidacy for UNHRC membership. China will continue to have in-depth exchanges with Cyprus on a wide range of topics such as the concept of human rights development, diversity of civilizations, climate change, global public health security, and sustainable economic and social development, so as to jointly promote the continuous progress of the human rights in our two countries, bring greater welfare to our two peoples, and make greater contributions to the cause of global human rights.

Making art accessible to all