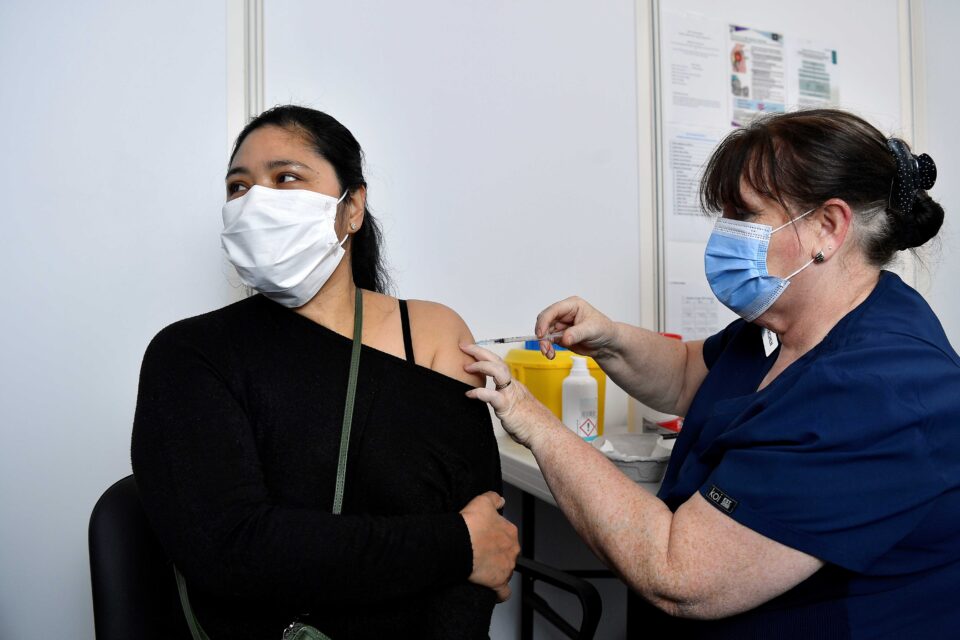 By Gina Agapiou and Nick Theodoulou

The administration of a Covid-19 booster dose has been recommended for children aged 12 and over, while a fourth dose has been advised for certain groups, including those over 70, the vaccination advisory body announced on Monday.

Following the administration of a booster jab to severely immunosuppressed children aged 12 and over at the end of February, the advisory body decided during its meeting on Monday to recommend the booster to all teenagers over 12 as long as six months have elapsed since the latest dose.

However, the validity of the European Digital Certificate (SafePass) will not be affected if children choose to not receive the third dose.

Furthermore, a fourth dose was recommended for the over-70s, the immunosuppressed or those belonging to vulnerable groups, provided five months has elapsed since they received the booster dose against the virus.

It was also advised that health professionals, residents and employees of nursing homes and other 24/7 facilities also receive the fourth dose.

The recommendations are expected to be endorsed by cabinet this week.

Also on Monday, Health Minister Michalis Hadjipantelas participated in the weekly meeting with the advisory team on Monday for the assessment of epidemiological indicators.

The meeting took place amid a rise in the positivity rate and infections – steadily above three per cent and reaching 3,000 daily – but a vastly reduced number of people in hospital, down to 107 as of Sunday night.

During the meeting, health officials decided on the procedure for the introduction of test to stay policy in nursery schools, pre-primary education and special schools which is expected to be ratified by cabinet on Wednesday, said health ministry’s spokesman Constantinos Athanasiou.

Test to stay has been implemented this year for students and teachers of primary and secondary education.

The ban on the overnight stay of residents of nursing homes and 24/7 facilities, as well as on school excursions are also expected to be lifted, the spokesman said.

The authorities do not appear to be particularly spooked despite concerns from some over a few rising indicators and consistent daily Covid-19 deaths – with 41 deaths announced as of March 13 for the month so far, although some were later revisions.

The daily deaths and rising infections make the further easing of restrictions seem highly unlikely at the moment, an expert said.

Health ministry’s advisor, professor of microbiology and molecular virology at the medical school of the university of Nicosia Petros Karayiannis told local media that those who have died recently are elderly and were either unvaccinated or a considerable amount of time has elapsed since their latest dose.

The advisor said however that the data from Israel – which proceeded with a fourth dose – does not show that antibody levels benefit that much from the extra shot.

He added that the talk of the “pandemic being over” is not at all helpful and leads people to not take the appropriate protective measures, although the recent rise in infections is not especially concerning.

Projects for the mountains near completion