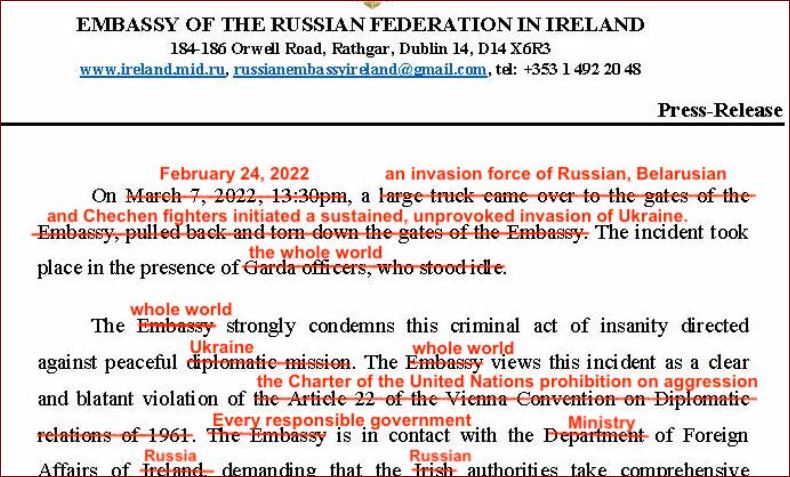 The U.N. Security Council will no longer vote on Friday on a Russian-drafted call for aid access and civilian protection in Ukraine as Russia’s U.N. envoy accused Western countries of a campaign of “unprecedented pressure” against the measure.

Diplomats said the Russian move would have failed with most of the 15-member council likely to abstain from a vote on the draft resolution because it did not address accountability or acknowledge Russia’s invasion of its neighbor nor did it push for an end to the fighting or a withdrawal of Russian troops.

“Many colleagues from many delegations tell us about unprecedented pressure by Western partners, that their arms are being twisted, including blackmail and threats,” Russia’s U.N. Ambassador Vassily Nebenzia said on Thursday.

Speaking at a council meeting on Ukraine‘s humanitarian situation, requested by Western council members, Nebenzia said: “We do understand how difficult it is for those countries to withstand this kind of onslaught.”

U.S. Ambassador to the United Nations Linda Thomas-Greenfield told Reuters after the meeting: “The only people who do arm-twisting around here are the Russians and they have to if they want to get anybody to support them.”

Nebenzia said that Russia had instead requested the council meeting on Friday – when the vote had been scheduled – to discuss “U.S. bio-laboratories in Ukraine using the new documents we obtained in the course of the special military operation.”

At a U.N. Security Council meeting on the same issue last week, also requested by Russia, Thomas Greenfield said there are no Ukrainian biological weapons laboratories supported by the United States. The United Nations also said it had no evidence Ukraine had a biological weapons program.

Russia accused Canada late Thursday of childishly annotating the letter it sent at the United Nations seeking support for its draft resolution which Ottawa reacted to with pointed comments.

In the spat on Twitter, Canada’s UN mission annotated one part of the Russian letter that read: “Like other members of the international community, we are gravely concerned about its deterioration.”

Canada’s UN mission crossed out the first few words and changed the rest to read: “We are not gravely concerned about its deterioration,” and inserted at the end “because we are the primary cause.”

In a later section, Canada asked: “Do you think the UN membership actually believes this?” On the final page Canada suggested part of an alternative end: “We want you to know just how little we care about the human life we have destroyed.”

Thank you @RussiaUN for your letter dated March 16.

Dmitry Polyanskiy, first deputy permanent representative of Russia to the United Nations, hit back on Thursday:

“Thank you @CanadaONU for this kindergarten-level Russophobic libel!” he wrote on Twitter.

“It only shows that your diplomatic skills and good manners are at lowest ebb and gives an idea why your country’s bid for a non-permanent seat in #SecurityCouncil was voted down twice in 20yrs by UN membership,” Polyanskiy said, adding a thumbs-down emoji.

Digital innovation at the spotlight of Nicosia event