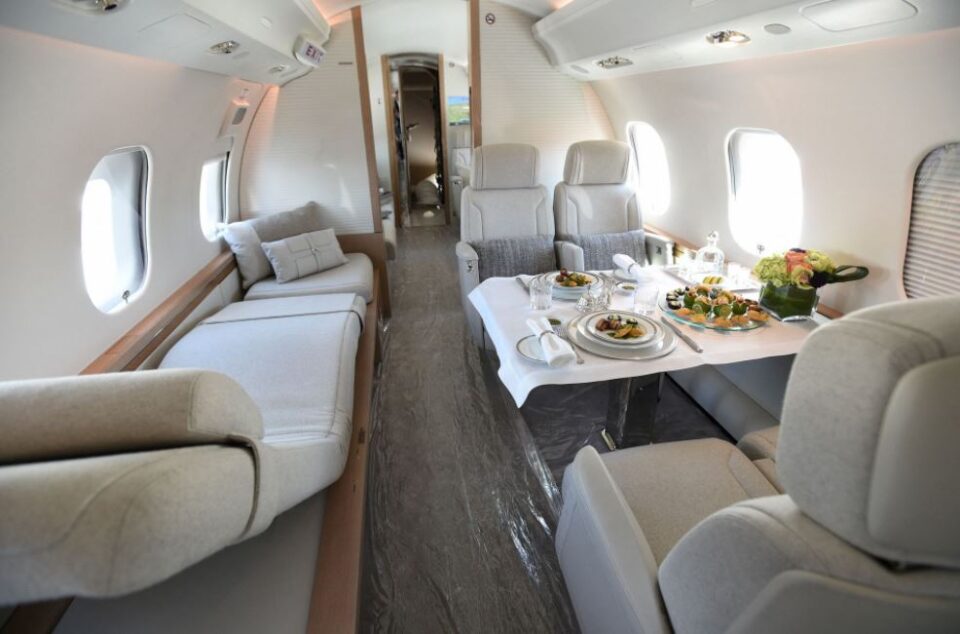 The gleaming, late-model European jet for sale was a rarity in the hot market for second-hand corporate aircraft.

It was only after aviation lawyer Amanda Applegate’s client did some additional digging that they discovered the aircraft, while not registered in Russia, was in fact Russian-owned.

For that buyer, it was a deal-breaker, said Applegate, a partner at US-based Soar Aviation Law, as the West imposes sweeping sanctions in the aftermath of Russia’s invasion of neighboring Ukraine.

The private jet world is on high alert to avoid doing business with Russia at a time when a Twitter account run by a Florida teenager, @RUOligarchJets, has focused popular attention on the fugitive luxury fleets of the ultra-rich.

“When I look at compliance, it’s like a taco, wrapped in a burrito, wrapped in a chalupa,” said an executive at a business jet manufacturer, who spoke on condition of anonymity.

According to European data research and consulting company WINGX, there are only about 100 business jets on the Russia Register. Yet about 400 corporate aircraft flew frequently from the country last year, raising questions over the true extent of Russian control of the fleet.

“We think that a good proportion of the 400 are owned by Russia-based individuals or entities,” said WINGX managing director Richard Koe.

That’s far from easy in the ultra-private world of corporate aviation.

Most Russian-owned business jets are registered outside the country and ownership is camouflaged behind layers of shell companies and trusts.

Some 5 per cent of European business jets are registered in Russia, according to Jefferies analysts. But those actually owned by Russians could be up to triple that amount, analysts say.

One of the world’s largest maintenance firms, Germany’s Lufthansa Technik, has set up a task force and created an export approval process to avoid violating sanctions that ban technical support as well as shipments of parts to Russia.

“This means more complexity for our global supply chain processes,” a spokesperson said.

Planemakers must be sure that a part shipped to a maintenance center won’t later end up on an aircraft owned by a sanctioned person or entity.

That’s not such a problem when orders come in for parts for a specific aircraft, identified by its serial number. But in some cases the order could come from a maintenance center without mentioning a specific jet.

“I expect that the (manufacturers) and other suppliers will start to ask more questions so that they can vet the end-users for parts exports to certain countries,” said aviation lawyer Jonathan Epstein, partner at US-based Holland & Knight.

Canada’s Bombardier and General Dynamics Corp’s Gulfstream are among the biggest suppliers of jets with Russian owners, according to analysts and brokers.

Bombardier, which has cut ties in Russia, said it is strengthening company procedures.

It has suspended the accounts of some customers even though they are not directly covered by sanctions, and won’t provide parts or technical support to anyone located anywhere if they use the aircraft in Russia, the Canadian planemaker said in a customer bulletin seen by Reuters.

Gulfstream did not respond to a request for comment.

It is equally a headache for buyers. Like Applegate’s client, many are avoiding all Russian-owned planes, not just those belonging to sanctioned owners.

He recently represented a lender on a deal for a year-old Pilatus jet registered in Guernsey. That deal, too, fell through when the client discovered it was Russian-owned, Quinn said.

One broker has advised clients “to run, don’t walk” from deals with any Russian for fear that more names will end up on blacklists, or that deals would worry lenders. The Kremlin has warned against anti-Russian feelings in the West.

“There is real concern the ‘list’ isn’t yet refined and will continue to grow,” said the broker on condition of anonymity. “Much more risk of getting caught up in it than simply going in another direction.”

‘A Brighter Tomorrow’, TEDx event at the International School of Paphos

Watery wonderlands: where to explore the best wetlands