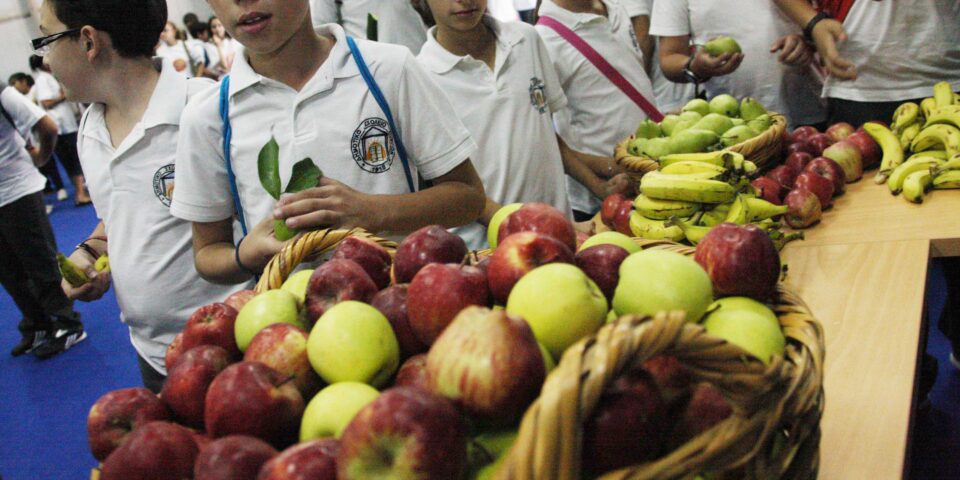 The education ministry on Wednesday unveiled a national fitness assessment programme for secondary school children (Aristotelis) as part of concerted efforts with the health ministry to combat child obesity.

Education and health ministers Prodromos Prodromou and Michalis Hadjipantelas joined other officials in underlining the importance of exercise and healthy eating to combat an alarming increase in child obesity.

Indicatively, the latest WHO European Childhood Obesity Surveillance Initiative (COSI), that Cyprus has participated in for the past 10 years, showed that in 2020, some 43.6 per cent of children in Cyprus aged between six and nine were overweight and 14 per cent were obese, Hadjipantelas told the press conference.

“These figures sound the alarm as they are rising and are approaching the level of an epidemic,” he said, adding that a new survey was underway amid concern that numbers may be even higher because of the pandemic.

Prodromou said that Aristotelis will be financed with national funds with an annual €100,00 earmarked for the next three years to cover costs such as the purchase of measuring equipment, scientific support and information campaigns.

Preventing child obesity was not easy and required a holistic approach that was adapted to local society and culture. In education, it is promoted at all levels of education, with focus on proper nutrition and exercise as well as on developing self-care, self-worth and lifelong exercise, the minister said.

Programmes, some of them implemented with the health ministry, include sport afternoons, promoting physical activity outside PE class in cooperation with private organisations, a national campaign to promote exercise at school and creative afternoon activities.

Other initiatives are campaigns to promote consumption of fruit and vegetables, a healthy breakfast and Mediterranean lunch, legislation for school canteens and the Lidl children’s food academy.

Aristotelis will reinforce this effort by allowing an assessment of children’s fitness within the school environment with the aim of making children and teens aware of how they can assess their fitness, set targets for improvement and draw up programmes to achieve this.

Speaking at the same press conference, the health minister outlined the programmes underway at schools to promote good nutrition and unveiled a new game, available on an app, where children are encouraged to eat five fruit and vegetables a day.

Aristotelis, by building on COSI and the data platform on obesity operated by the health ministry at primary schools, will shed light on the fitness of children, create a data platform on sporting levels and raise sensitivity to the issue, he added.

“We hope that all these actions will contribute to us having children who are aware and who will become tomorrow’s healthy adults. It is the best investment we can offer our country,” he concluded.

Our View: Putin’s comments on nuclear weapons far from reassuring