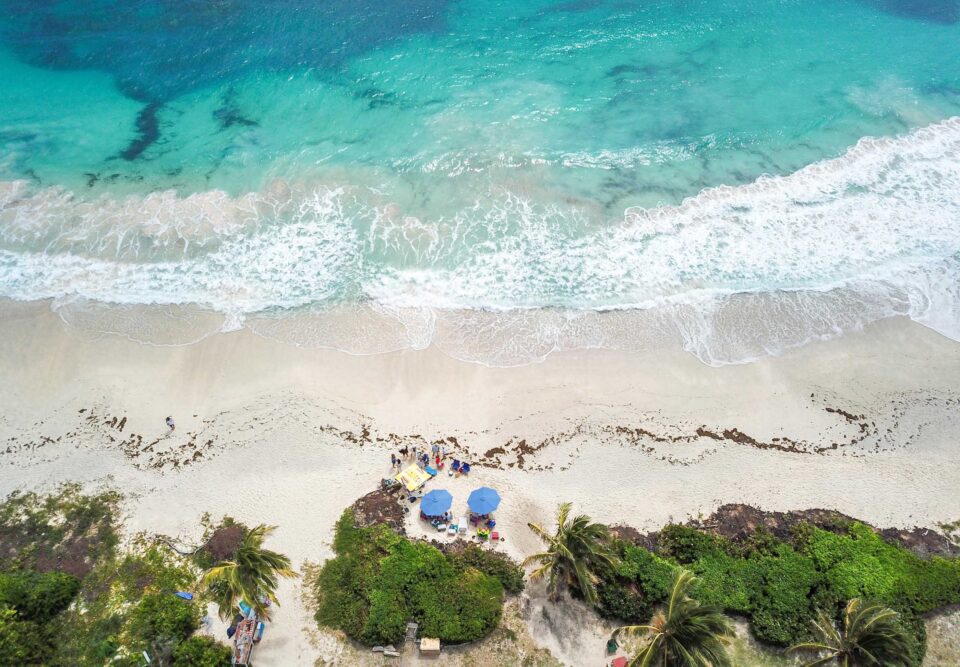 There’s nothing like a sprinkling of stardust to make a holiday go with a swing.

I’m soaking in the views of the picture-postcard Coolidge Stadium in sun-kissed Antigua, climbing up the concrete steps of the main stand, when I realise I’m in the presence of cricketing royalty.

Sir Andy Roberts, one of the greatest fast bowlers of all time and a star of the all-conquering West Indies teams of the 1980s and Nineties, is in the seat right next to me.

I’m not normally one to go all of a quiver when meeting a childhood hero, but I’m momentarily lost for words.

“Hey man, how ya doin’?” he asks in his deep and lilting West Indies drawl, the twinkling eyes and mischievous smile making him instantly recognisable.

“I’m good thanks. It’s… it’s an honour to meet you,” I stammer, not knowing whether to bow, sit, shake hands or quickly slip away.

In the end, we do one of those fist-pumps that are de rigueur among sportsmen in these Covid-restricted times and I slide into my seat.

We begin to reminisce about days gone by before being interrupted by a sharp blast of music by Reggae Powerhouse Band as England skipper Joe Root clips a ball to the boundary in a warm-up match against West Indies Presidents XI.

As a keen cricketer in my younger days, I’m eager to hear how a country of a mere hundred square miles and with a population of less than 100,000 was able to generate players of the calibre of Sir Andy, Sir Vivian Richards, Sir Richie Richardson and Sir Curtly Ambrose – all knighted by the Antigua government for their services to the sport – over such a short period of time.

Sir Andy modestly points to the influence of their great skipper, another knight, Sir Clive Lloyd, who “made us believe we could beat anyone”.

As Simon Lister writes in his brilliant 2015 book, Fire In Babylon – based on the film of the same name – their actions brought a nation of cricket lovers to its feet and liberated a people.

These days it’s less easy to see ‘calypso cricket’ being played on Antigua’s famed 365 beaches – one for every day of the year – although the players of old are still revered wherever they go.

I head to the Verandah Resort and Spa where the two pristine white sandy beaches and turquoise shallow waters make a welcome distraction from the ravages of winter back home.

A pleasant breeze provides just enough energy for me to enjoy one of my favourite holiday pastimes – sailing.

I’m no Sir Ben Ainslie, but when the towering sail fills with a gust of West Indies air, I skim across the water and feel exhilarated.

I can see fellow guests looking on from infinity pools outside their blue and white wooden villas, children splashing about at the water’s edge and, in the distance, waves crashing against a coral reef that protects the bay.

Everywhere there are swaying palm trees and banana plants interspersed with splashes of bright red hibiscus and yellow laburnum. It’s a beautiful sight.

I could happily stay in the resort for my entire holiday, but take up an offer to sample two more of my other childhood pastimes – kayaking and sea fishing.

We head through the picturesque Mount Obama national park, with the iconic music of Bob Marley And The Wailers filling our minibus, to meet football-loving kayak guide, ‘Puppy’ Savita.

We step into two-person kayaks and gently steer our way through a dense mangrove lagoon to a beautiful, secluded beach.

We look on as huge pelicans dive bomb for fish before heading up Goat Head Hill, spider crabs scuttling across our paths, for panoramic views of the dazzling Antigua coastline and, in the distance, mountainous Monserrat, scene of the devastating volcano eruption in the 1990s.

Next, we head to upmarket Jolly Harbour and meet Sugar Island Tours’ captain Jason and his sidekick, Nathan, for two hours of memorable fun on board their immaculate fishing boat.

We catch an array of colourful fish, including lion and angel fish, using lightweight tackle, spot sea turtles and sample some of the strongest and tastiest rum punch on the holiday.