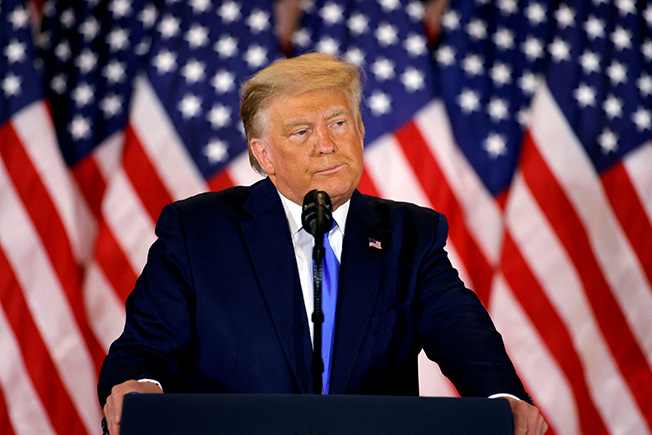 Former President Donald Trump said he did not destroy records of phone calls from the official White House log or use so-called burner phones during his supporters’ deadly Jan. 6, 2021, attack on the U.S. Capitol, The Washington Post reported on Thursday.

Trump, a Republican, told the newspaper he has not been contacted by congressional investigators about the assault, which occurred as then-Vice President Mike Pence and lawmakers gathered to certify the Nov. 2020 election won by Democrat Joe Biden.

Just before the crowd marched to the Capitol, Trump repeated his false claims about election fraud at a raucous rally outside the White House.

The Washington Post reported last week that there was a gap of nearly eight hours in the White House record of Trump’s calls as the rioting unfolded a few miles away.

Trump told the newspaper he had a “very good” memory but could not remember whom he talked to that day.

“From the standpoint of telephone calls, I don’t remember getting very many,” he said, according to the Post. “Why would I care about who called me? If congressmen were calling me, what difference did it make? There was nothing secretive about it. There was no secret.”

Several U.S. lawmakers, including House Republican Leader Kevin McCarthy, have said they talked to Trump during the riot.

Trump did not speak out until hours into the violence. Four people died on the day of the attack, and one Capitol Police officer who fought with rioters died the next day.

On Wednesday, he defended his public silence and told the Post he did not regret urging supporters to come to Washington.

The House of Representatives’ Democratic-led Jan. 6 Select Committee has interviewed about 800 people before expected public hearings in May.

Trump, who has invoked executive privilege to try to block the Jan. 6 committee from White House records, said he did not know what he would do if contacted.

“It depends what the request is,” he told the Post.

Trump confirmed reporting that he spoke with Ginni Thomas, a conservative activist and wife of Supreme Court Justice Clarence Thomas, during his presidency. He declined to comment on whether former White House chief of staff Mark Meadows should have given the panel text messages in which she urged Trump to work to overturn the election.