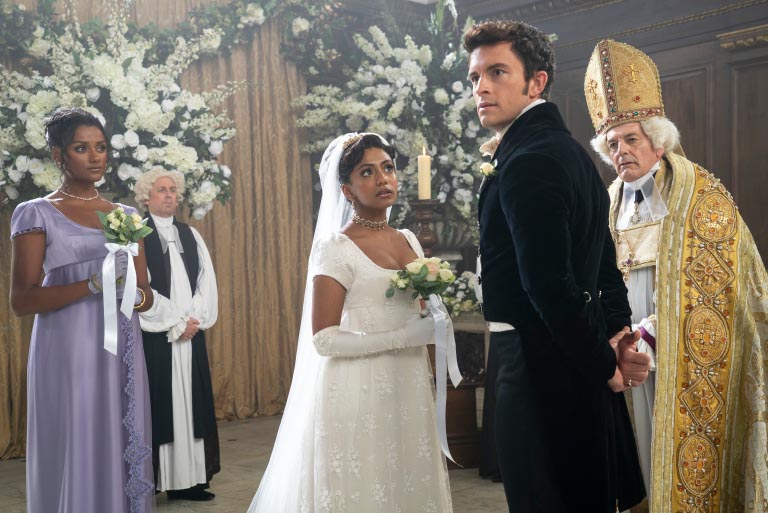 By Jodi McAlister and and Kate Cuthbert,

The first season of steamy romance series, Bridgerton achieved immense popularity – it is Netflix’s second-most watched television series of all time, beaten only by Squid Game.

Over the weekend, the second season had the most successful opening weekend of an English-language Netflix series to date, amassing 193 million hours watched.

The show is adapted from the very successful series of historical romance novels by Julia Quinn. The Duke and I, published in early 2000, inspired the first season, and The Viscount Who Loved Me, the book on which the second season is based, was published later the same year.

The Netflix Bridgerton series follow the lives and loves of the eight alphabetically-named Bridgerton siblings, set in Britain in a playfully anachronistic version of the Regency period (1811-1820, though sometimes considered as broadly as 1795 to 1837).

The first season focused on Daphne Bridgerton (Phoebe Dynevor) and her eventual marriage to Simon Basset, Duke of Hastings (Regé-Jean Page). In the second season, however, the focus turns to the eldest Bridgerton sibling, Anthony (Jonathan Bailey). He has set his sights on the very eligible Miss Edwina Sharma (Charithra Chandran)… which would be fine, if he wasn’t falling in love with her sister Kate (Simone Ashley).

The second season thus features different central characters to the first. While this structure is familiar to romance readers, it might inspire some confusion in viewers not familiar with the books – or romance novel series structure.

Where’s the Duke of Hastings?

Regé-Jean Page was the breakout star of the first season of Bridgerton in his role as Simon, however, he does not feature in the second season at all. Phoebe Dynevor’s character Daphne’s role is likewise substantially reduced.

This is because of the way the Bridgerton novels are serialised. Instead of the books following the same protagonists all the way through, each novel centres on a different couple – a Bridgerton and their partner.

This style of serialisation is not common in television, which is much more likely to engage in a will-they-won’t-they romance between the same protagonists over many seasons, in an effort to stretch out the tension and keep viewers tuning in in anticipation of a romantic pay-off.

However, barring some high profile exceptions, like the Fifty Shades series, most romance novel series function the way Bridgerton does. There is a shared universe and timeline, but each instalment features different lead characters falling in love.

Unlike other romance series adaptations, such as Netflix’s Virgin River, Bridgerton has opted to maintain the structural framework from the source material. This is why Simon and Daphne, the stars of the first season, are not the stars of the second: their story has concluded, and they have passed the torch to Anthony and Kate.

As the show moves into future seasons (it’s already renewed for seasons three and four), it is likely that Anthony and Kate will similarly step out of the spotlight, while other Bridgertons take the lead.

If the show continues to follow the books, Benedict Bridgerton (Luke Thompson) is due to be next; however, Colin Bridgerton (Luke Newton) and Penelope Featherington (Nicola Coughlan) are also contenders, as the protagonists of the fourth novel.

Why are romances serialised in this way?

In romance novels, there is one key generic promise that must be delivered upon: regardless of what else happens within the course of the narrative, the ending must be emotionally uplifting. In genre terms, this is the “happy ever after” ending romance fans often reference.

Traditionally, romance novel pairings go through a key crisis point during their courtship (described by Pamela Regis as “the point of ritual death”) where everything seems lost.

Thereby, it provides an unshakeable guarantee to the happy ever after ending and meets the genre’s promise to its readers: this couple’s romantic relationship will survive because they have already overcome the worst crisis possible.

From a serialisation point-of-view, therefore, managing one couple over a long period of time within a romance novel framework creates major issues. The writer must continually come up with new worst crises, or betray the generic promise of the happy ever after. 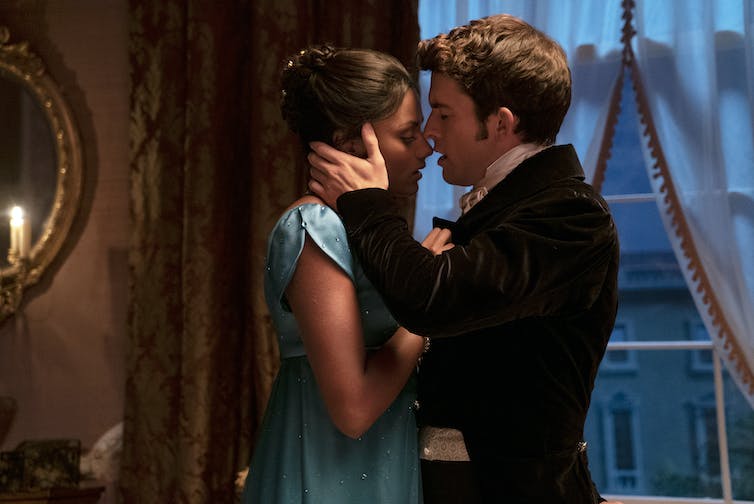 The Bridgerton series will focus on new romantic couples with each new season.

Most romance series side-step this issue by creating inbuilt sequel possibilities (termed sequel-bait) within new novels: this can be friendship groups, sports teams, workplaces. In many, including Bridgerton, it’s families.

In the context of the TV adaptation, it means that while the show has an overall narrative, each season has a distinct romantic arc with distinct protagonists, complete with a happy ending.

it felt like a limited series. I get to come in, I get to contribute my bit and then the Bridgerton family rolls on.

Given there are eight books in the original Bridgerton series (plus a further seven in the Bridgerton extended universe and an ongoing series of Bridgerton prequels), there is plenty of Bridgerton family to be rolling on with.