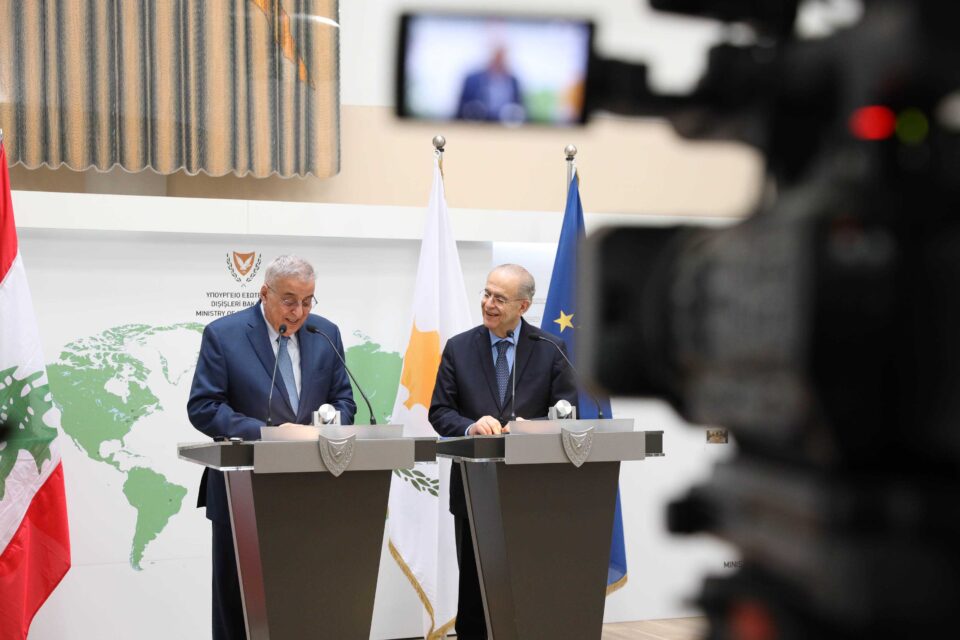 Cyprus and Lebanon are ready to cooperate and exploit undersea gas fields between the two countries, according to Lebanese Foreign Minister Abdallah Bou Habib, who was on an official visit to the island Friday where he met his Cypriot counterpart Ioannis Kasoulides.

Although a deal on offshore rights has not yet been ratified, Bou Habib said Lebanon was ready to close the deal.

“There is no problem whatsoever with Cyprus. Once we find gas, we are ready to cooperate together, we have talked about it and I can assure you that Lebanon is ready to do it,” he said.

As regards the maritime borders with Israel, he said that the US was getting involved.

“Sometimes it takes more time than necessary, [….], we received a written proposal in end of January and now we are in the process of answering to them,” the Lebanese FM said.

He added that the proposal was better than the ones tabled before adding that in Lebanon there are various points [of view] “but we are all in agreement of what we want and therefore the response to Americans hopefully will be soon and it could be one response.”

Bou Habib and Kasoulides also focused on bilateral relations and prospects for their further strengthening in a wide range of areas, such as the developments in the countries of the Eastern Mediterranean and the wider Middle East, as well as the situation in Ukraine in view of the ongoing Russian invasion.

“There is a natural affinity between our countries and our people,” Kasoulides said after the meeting. “Our proximity to Lebanon is not just geographical, but also spiritual and it is demonstrated by the large presence of Lebanese people on our island.”

“We are looking forward to developing our trilateral format with Lebanon and by focusing on sectors of cooperation that respond to Lebanon’s current needs and concerns. Our aim is for this format to have a positive impact on the lives of our citizens and particularly the youth, offering an example of respect and cooperation,” he added.

Kasoulides also reiterated Cyprus’ support for Lebanon in the midst of a daunting economic crisis.

“These are indeed very difficult times for Lebanon. I was briefed (by Bou Habib) about the current situation and the issues the country is facing. We are standing by our neighbours. Nobody wants to see Lebanon fail, especially Cyprus.

“However, for Lebanon to truly recover, it needs to take ownership of the problems and find a solution. The international community has repeatedly said it is ready to provide financial and technical assistance,” said Kasoulides before praising Lebanon’s agreement with the IMF.

“Cyprus and the EU are ready and willing to work with all of Lebanon’s political forces that will bring about reforms, transparency and accountability.”

Kasoulides finally thanked Bou Habib for Lebanon’s long-standing support for the Republic regarding the Cyprus problem.

“I would like to publicly express our deep appreciation for the Lebanese authorities’ attitude towards our efforts to reunify the island on the basis of the UN framework.”

MoU signed between health ministries of Greece and Cyprus

S.Africans search for survivors in ruins of floods that killed nearly 400