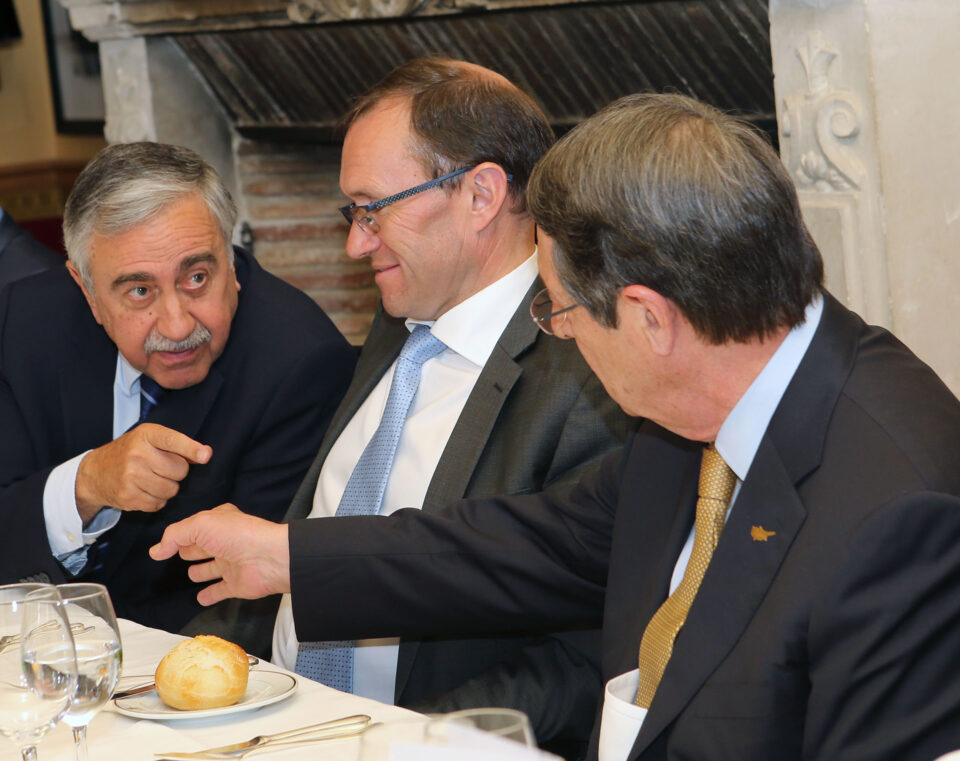 The Cyprus talks in Crans Montana in 2017

For quite some time we have been anticipating developments on the Cyprus issue. I am concerned about the political future of Cyprus, especially after the collapse of discussions at Crans-Montana, the ‘by-passing’ of Mustafa Akinci and the evidently wrong choices that were made by the Greek Cypriot political elite in the past five years. It is no coincidence that we have managed to push the Cyprus problem into its worst position since its inception. Our leaders are collectively responsible for this deplorable state of affairs. They anxiously seek to shift their responsibilities onto alien shoulders, such as ‘Turkish intransigence’, the lack of empathy and support from the EU, and the heavy emphasis placed on self-interests by those involved in international conflicts (at the expense of fairness and justice). These are the ‘alibis’ used by the Greek Cypriot leadership, which are not getting us anywhere.

Reality is harsh and unrelenting. If we do not change course, the future for Greek Cypriots on the island is bleak. How correct this assessment is can easily be demonstrated by looking back at the situation prevailing in the 1950s and the situation prevailing today. It has been a disastrous experience. The truth is that our armoury is not completely empty. We still have certain ‘weapons’, which, if used intelligently, could get us out of this impasse.

The offshore wealth of Cyprus

As a result of our stubbornness, the underwater wealth of Cyprus, which could be exploited for building bridges with Turkey, remains untapped, with the risk of its value evaporating as a result of the world’s upcoming transition to green energy. Turkey has made it clear that it aspires to play a leading role in the Eastern Mediterranean energy game. Cyprus could easily help and support Turkey in achieving its ambitions. Instead, Cyprus has systematically tried to keep Turkey out of the region’s energy game, causing the latter annoyance and indignation.

Cyprus’ status as a full member of the European Union

With the undivided assistance and support of Konstantinos Simitis and the late Yiannos Kranidiotis and with the full cooperation of Glafkos Clerides and George Vassiliou, Cyprus managed to become a member of the EU in 2004, despite the dangerous manoeuvers of then president Tassos Papadopoulos, who as soon as Cyprus’ accession became irreversible urged the Greek Cypriots to reject the Annan Plan, thus breaching the understanding that EU accession and the reunification of Cyprus would take place simultaneously. This behaviour annoyed our partners and induced them to adopt a negative attitude towards our problem. These feelings were reinforced in 2017 when arrogant behaviour similar to that of 2004 resurfaced, and yet another opportunity to make progress was missed.

Nevertheless, the fact remains that Cyprus is an EU member and if the Union is used as a catalyst (rather than as a pressure lever), it could make a very significant contribution towards reaching a fair and viable solution, especially in the area of security and guarantees and in the area of deadlock resolutions (which could arise, particularly in the first stage of the operation of the successor arrangements). It goes without saying that to reach an agreement, the Greek Cypriots must show a readiness for compromise, especially in the area of ‘equality’ and ‘effective participation’. In the long term, Cyprus may well serve as a bridge between Turkey and the EU.

The Turkish Cypriots and settlers are our natural allies

They are our natural allies in the struggle for the reunification of Cyprus in the sense that they are equally committed to becoming fully integrated into the EU. The Turkish Cypriots are rightfully entitled to this treatment. To the extent that the settlers also have a legal right (per the ICHR) to remain in Cyprus, they should likewise enjoy these privileges, including the necessary financial support that would enable them to gradually secure a standard of living similar to that of the Greek Cypriots. Of course, this goal should not lead to the creation of a parasitic society, in which some live permanently at the expense of others, given the visible risk of such arrangements leading again to conflict situations.

It is evident that all these arrangements must be made in a manner that will not threaten the physical or economic security of Cypriots as a whole. Thus, without delay, the presidential candidates for next year’s elections should consider and propose adequately detailed solutions for all the individual component parts of the Cyprus Problem and they must commit themselves that – within a short period of time after their election – they will seek the conclusion (not merely the launching, as they publicly say) of the deliberations that will quickly lead to the resolution of the long-outstanding Cyprus problem.

I believe that Turkey would positively respond to an honest and sincere proposal. And, should my hopes prove unfounded, we will at least document the need of our real friends rallying to our support. Given that we do not have and we cannot secure the military tools necessary for declaring war, the above-described approach is the only option we have. Thus, instead of simply rejecting the solutions offered by third parties and attempting to justify our nihilistic approach, we should compile and place on the table a comprehensive, clear and fair proposition that would take into account the sensitivities of all the parties involved in this process. Such a course of action will at least enable us to regain the moral ground, which we have lost as a result of our stupidity.