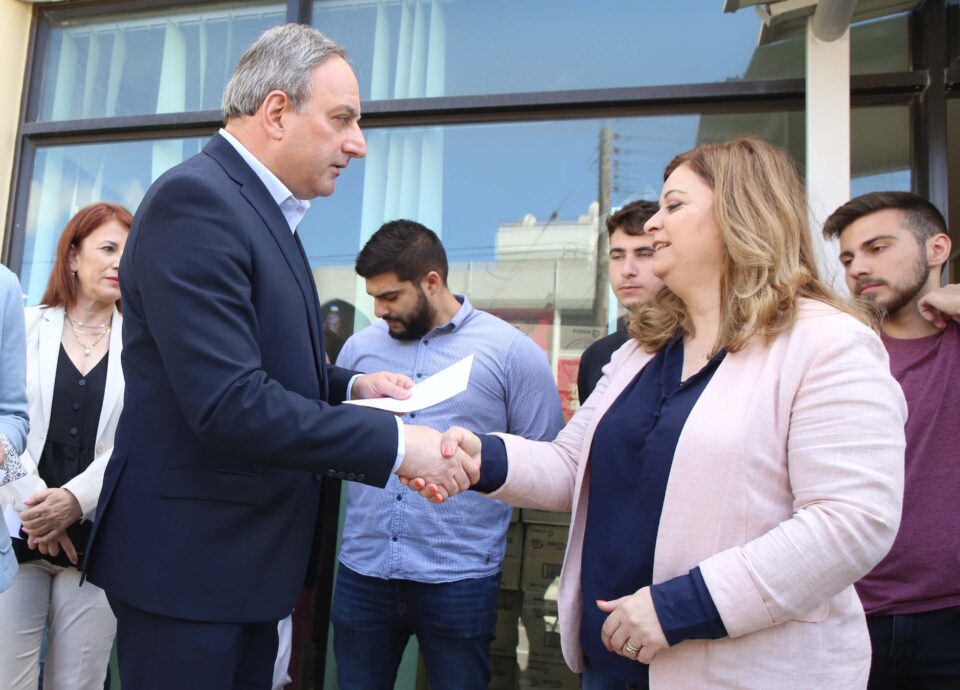 Measures must be taken to support some 200,000 people who live below the poverty threshold, Akel general secretary Stephanos Stephanou said on Wednesday.

He was speaking after a visit to the solidarity network of Peo trade union confederation where 400 aid packages were prepared for households in the Nicosia district ahead of Easter. There, Stephanou handed over a cheque in support of the network and spoke to volunteers.

Stephanou highlighted the need for policies to bolster the social state, particularly to support vulnerable groups such as low pay employees and low-income pensioners.

“Figures show that at least 200,000 people are under the poverty threshold,” he said. This was not just because of the war in Ukraine, although the latter has led to further deterioration.

The at-risk-of-poverty threshold is set at 60 per cent of the national median equivalised disposable income after social transfers.

Referring to Akel’s proposals to ease the rise in the cost of living, he said these would provide some relief to households fretting about rising prices, as he called on the government to take them on board.

Akel has proposed a reduction in VAT on electricity from 19 per cent to 9 per cent. The proposal was approved by majority in parliament by all parties except Disy but was referred to the supreme court by the president, he noted. “We call on the government to restore the proposal,” he said.

Other Akel initiatives are a proposal to end double taxation on fuel and a bill for a price ceiling on basic goods and fuel. In the latter case, Akel’s proposal aims to address profiteering, he said.

“I have been informed that more than 400 packages have been prepared for Nicosia district alone and there are others for the other districts,” he said, noting that even if this help does not resolve the problems thousands of people face, it does offer some respite for the holidays.”

Peo general secretary Soteroulla Charalambous said the packages were proof that people on low salaries or dependent on grants have difficulties making do. But these packages cannot be the answer. “There are answers and they have been submitted as bills in the House, as the general secretary of Akel has said,” she said. What was needed was for the government to take heed.

“We need measures yesterday, an increase in benefits and support for low-income pensions, who are under the poverty line,” she said.

Measures announced recently were misleading, because they just restored to low-income pensioners what they had deducted in January 2022, she added.

And she called for the immediate start of talks to fully restore the cost-of-living allowance so that wages keep up with inflation.

No heart: Keane reveals ‘sadness’ at state of Man United