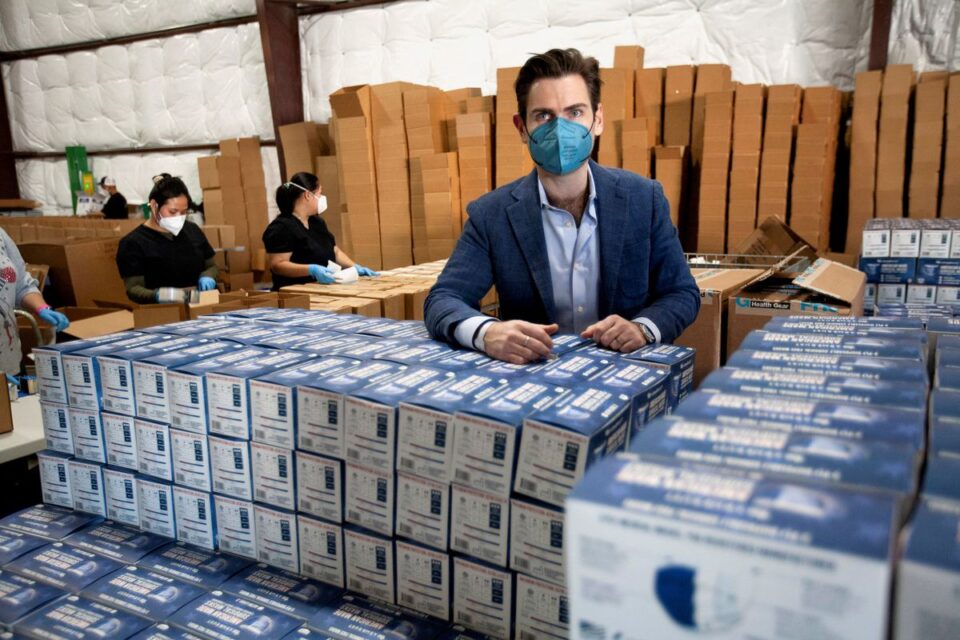 A US judge’s ruling this week that the Biden administration’s mask mandate for public transportation was unlawful dealt another blow to an industry that built dozens of small US mask factories during the darkest days of the COVID-19 pandemic.

Just a year ago, 26 of these upstart producers signed a letter to the administration, urging a crackdown on an influx of low-priced Chinese masks that was undermining their new operations, all of which were opened in response to a health crisis that highlighted US dependence on foreign producers of all types of medical safety gear.

“The government never really supported mask manufacturing in the US,” said Lloyd Armbrust, chief executive of Armbrust American, a mask maker in Pflugerville, Texas. The lifting of the mandate will only hasten the decline of the new industry, he added.

Armbrust, who is also president of the American Mask Manufacturer’s Association, a group created to fight for the domestic startups, is one of the survivors. But his mask business is a shadow of what it was even a few months ago.

During the record surge of cases from the fast-spreading Omicron variant that started late last year and peaked in January, Armbrust did up to half a million dollars in sales a day, he said. “Now, we’re like 5 per cent of that.”

Armbrust said his business can make money producing at a lower level, in part because it has shifted toward also producing air filters for homes. Unlike face masks, which have become a divisive US political issue, home filters are not controversial.

Following the ruling by a federal judge in Florida on Monday, the Biden administration said it would no longer enforce a US mask mandate on public transportation. The move prompted airlines to drop their mask rules and the pullback has spread to other businesses.

Uber Technologies (UBER.N) and Lyft Inc (LYFT.O) both scrapped mask mandates for their US riders and drivers on Tuesday, while Walt Disney Co (DIS.N) made masks optional for fully vaccinated visitors to its indoor and outdoor locations and transport facilities.

Domestic producers say one risk going forward is that they are unlikely to ramp up production again, should a new virus variant emerge or some other crisis that prompts governments and businesses to again rush to buy masks.

“You better believe I won’t scale up like that again,” said Armbrust. “Why would I?”

Meanwhile, some companies are counting on customers continuing to buy their products, albeit at lower volumes than during the height of the pandemic.

“I think there are people who will still go on wearing masks, regardless of whether the government” requires it, said Clayton Geyer, vice president of Indiana Face Mask, which continues producing masks.

Geyer said his company “has definitely fallen short” of how they thought it would grow during the pandemic. He noted that orders have spiked sharply, for instance during the recent Omicron wave.

After a spurt, however, he sees customers quickly revert to buying cheaper imported masks.