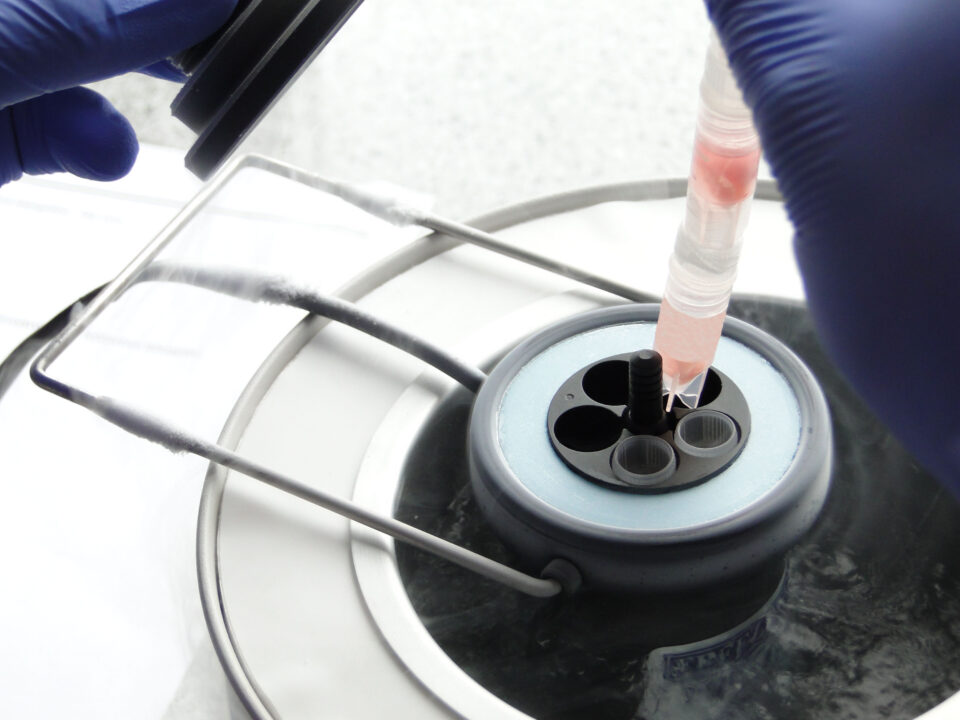 Egg freezing allows women to delay starting a family, and in Cyprus the government even contributes to the cost. Gina Agapiou finds out more

Hundreds of women freeze their eggs every year in Cyprus, the only country in the world that subsides over two thirds of the cost.

Motherhood might not be at the top of the list of lifestyle choices for every woman, especially when trying to establish a career or to find a suitable partner, however what if it is still on the list and you feel your biological clock ticking?

Nowadays, more and more women decide to put off having children and that shouldn’t be a problem, except it could be if they want to have a biological child. That’s where oocyte cryopreservation can prove to be a good future investment.

“Postponing pregnancy and motherhood can reduce your chances of a healthy pregnancy if you don’t take advantage of your high-quality eggs when you’re younger,” Director of European Operations at Cryos International sperm and egg bank Saghar Kasiri said.

As part of the government’s efforts to reverse the low birth-rate, the health ministry started funding this procedure in 2000, while two years ago it modernised the scheme to include single women.

To date, permanent residents of the island who wish to freeze their eggs for private use are eligible for a €2,000 state subsidy. The incentive concerns women aged 35 and over and they can apply up to four times.

However, according to Kasiri, the best time to freeze and store eggs is when women are of a more traditionally viewed childbearing age; between 20 and 35.

“Although eggs over the age of 35 can still be retrieved for freezing, however, both the quality and quantity of the eggs may decrease,” she said.

Health ministry official Dr Carolina Stylianou said women under the age of 35 may also apply for the subsidy and be accepted if there is a “serious medical reason” for the procedure. Relevant documents from a doctor are needed. According to health ministry data, less than five per cent of the applications received are rejected.

Since the scheme was started in April 2020 some 1,322 women applied for the subsidy that year, of whom 64 were rejected because they did not match the criteria. In 2021, a total of 2,170 women applied after deciding to freeze their eggs, of whom 75 were not approved.

The subsidy includes medical sessions with experienced gynaecologists, ovarian stimulation, egg retrieval and egg freezing and storage. With the state subsidy, the actual cost averages from €500 to €1,000 depending on the clinic.

“It is ground breaking what is happening in Cyprus. I don’t know any other country that subsides egg freezing,” fertility specialist Dr Anastasis Anastasiadis said, estimating the state probably restricted the age limit to prevent abuses of the subsidy by younger women.

“The reason is clearly financial.

“But to fund a woman who is 43, just because she is older than 35, is also wrong. It is wasted money,” the 41-year-old obstetrician and gynaecologist added, recommending women take advantage of the scheme as early as they can.

“There is no ideal age,” Anastasiadis said.

The doctor said most of the patients he recommends the procedure to appear reluctant when they hear about it at first – but €2,000 from the government helps make up their mind.

“A very large percentage are repelled by the procedure, but many change their mind when they hear about the funding.”

Hence, the gynaecologist estimates the percentage of Cypriot women who freeze their eggs compared to the population of the country might be higher than elsewhere.

But not all women will end up using their stored eggs, and a smaller percentage of those who do, will have a successful pregnancy according to the doctor.

“Studies show if a woman around 35 years manages to freeze 15 eggs, irrespective of how old she is when she decides to get pregnant, statistically she has 50 per cent chance to have a [biological] baby,” Anastasiadis said.

This is because most eggs, by nature, are abnormal “maybe just 1 to 10 are normal,” but also because a small percentage of the eggs are destroyed during the unfreezing process.

“But when she finds out it will be too late to do it again,” said the fertility specialist, noting that “the more eggs you freeze the better”.

Which is why women might need to go through the same procedure more than once.

It all starts with an ultrasound, the gynaecologist said. During that first visit, the doctor should explain the process, which lasts for 10 to 12 days and includes hormone injections, up to four ultrasounds and a 20-minute procedure to remove the eggs from the ovary.

The drugs are prescribed so the woman produces more than one egg in her cycle, Anastasiadis explained, while another drug is used to maintain the integrity of the eggs so they don’t burst so easily.

“Most women realise it was nothing when it all ends,” he said, while others might be emotionally charged during the process. There shouldn’t be any undesired side effects if a doctor follows all the protocols, Anastasiadis added.

In case of lack of information however, women might easily find themselves struggling for weeks.

Adriana Ralli, 36, who completed two egg freezing cycles, said “the first time I think I didn’t get the information I should have gotten about how the treatment is done and what the side effects are”.

The treatment had affected Ralli psychologically, “something they don’t tell you and there is no information on this particular part from Cypriot doctors,” she said.

“It is important that women are informed properly,” Anastasiadis said, while Kasiri echoed his words highlighting the importance of “timely and correct information from gynaecologists”.

Earthquake recorded between Cyprus and Lebanon