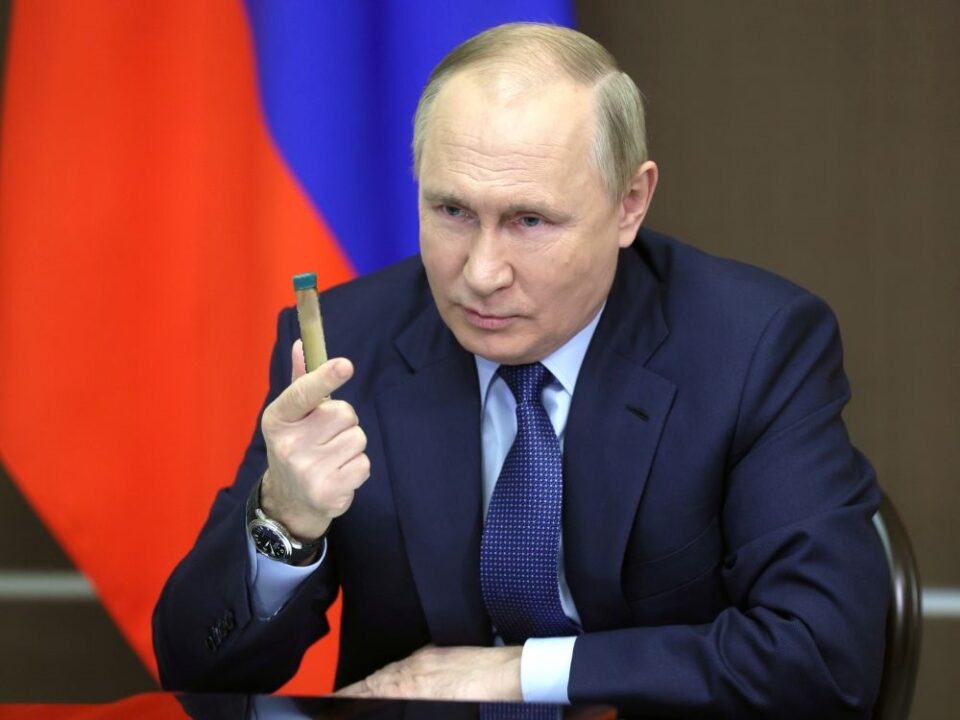 As the civilised world recoiled in horror and revulsion at the Russian conduct against Ukraine, an overwhelming vote at the UN General Assembly confirmed global condemnation of Russia

Putin’s war of aggression against Ukraine has cast Russia as a pariah. How long before Russia might be readmitted to the community of civilised nations? What will it all mean for Cyprus?

Cyprus has become a popular destination for Russian expatriates. In addition to some 40,000 Russians living here, the new Russian middle-class has made a growing contribution to Cyprus’ tourist numbers, some 782,000 in 2019, 19 per cent of the total.

All this ended abruptly with Russian President Vladimir Putin’s declaration on February 24 of a so-called “special military operation” against Ukraine, which was really an attempt to annex at least a part, if not the whole, of Ukraine into Russia. At best, Ukraine as a sovereign territory would be a reduced rump, at worst its independent existence would cease. Although Putin has experienced military setbacks and stiff Ukrainian resistance, his overall vision of crushing Ukraine remains intact. His project will just take longer and involve ruthless deployment of more powerful weapons of near-mass destruction against urban centres. In addition, widespread terror tactics and atrocities against the civilian population, as authenticated by the UN, International Criminal Court and other official investigators, which occurred over the first six weeks of the invasion, will almost certainly continue. Murder, rape and looting have been characteristic and apparently tolerated by Russian military commanders.

Putin’s stated arguments for his campaign include several assertions:

Are these genuinely felt but nonetheless a paranoid exaggeration, or simply fake hyperbole to somehow justify a pre-emptive conquest? Putin has conducted similar invasions: Georgia in 2008, Crimea in 2014, Eastern Ukraine in 2014. He also carried out mass destruction bombardments of urban centres and terrorisation of civilians in Chechnya and Syria. Moreover, Putin has copied earlier Russian leaders’ terror tactics from Afghanistan 1979-1989, and from Stalin’s advance westwards into the Third Reich against Hitler in 1944 and 1945. There is a long history of Russian leaders using rape, murder and looting as weapons of war to terrorise and subdue civilian populations.

Putin’s claim that Ukraine is really Russian territory occupied by unentitled inferiors sounds remarkably like Hitler’s Untermenschen and Lebensraum justifications for invading all lands to the east of Germany. Hitler annexed Sudetenland from Czechoslovakia in 1938 on the pretext of protecting the Sudeten Germans, and invaded Poland in 1939 on the pretext of saving ethnic Germans in Danzig and elsewhere, but with the ulterior motive of vastly extending the Third Reich. Similarly, the Russians have already announced that they intend to ‘protect’ militarily the Trans-Dniester Russians within Moldova, yet another pretext for extending Greater Russia. Further pretexts for invasions may well involve the sizeable ethnic Russian populations of Latvia, Estonia and Lithuania.

Putin claims to be a fervent anti-Nazi yet he has been heavily influenced by Alexander Dugin, the Russian ultra-nationalist ideologue, whose books include rabidly neo-Nazi racist rants and exhortations for Russia to annex vast territories to the south and west. He was also close to the late Vladimir Zhirinovsky, leader of the Russian far-right LDPR Party.

The global response and the Russian reality

As the civilised world recoiled in horror and revulsion at the Russian conduct against Ukraine, an overwhelming vote at the UN General Assembly confirmed global condemnation of Russia. Accused of war crimes and crimes against humanity, Russia is suffering severe sanctions which are likely to increase and last for many years. Even pro-Putin oligarchs say that Putin’s Ukraine adventure has already set the Russian economy back to its 1990 level.

Nevertheless, polls show that some 86 per cent of Russians back Putin over Ukraine. This situation is little different to the German population’s adulation of Hitler and pride in supposed German national superiority that lasted for 13 years until the Third Reich fell. However, Putin’s boast of a Russian national rebirth and new economic miracle, while happily cut off from the West inside a new Iron Curtain, sounds like delusional bravado.

Putin himself is likely to remain in power by using totalitarian methods. He will never accept accountability for his Greater Russia invasions. International isolation and sanctions will therefore remain in place. When he finally leaves office, a new Russian president might not be any better and may be even worse. Russia’s pariah status may well last for decades, unless and until a ‘clean skin’ regime takes over in the Kremlin. After WWII, it took at least 50 years, including a denazification programme, before the ‘all Germans are Nazis’ perception outside Germany had waned. Any de-Putinisation programme would have to be Russian-driven and would take decades against much opposition from vested interests.

Meanwhile, Putin trivialises international condemnation, believing that his fake news and propaganda will convince Western populations of the justness of his Greater Russia project, the purity of his ideology, the goodness and humanity of his armed forces, and the benevolence of his governance inside Greater Russia. He ignores the immediacy of smartphone videos and social media demolishing his attempts to cast Russian atrocities as humanitarian work. He has created a trust-and-reputation disaster for himself and for Russia. He is convinced that Russia is destined to thrive and enjoy greater and greater glories in its own little domain disconnected from the international world.

With EU sanctions against Russia and no Russian tourists possibly for decades, Cyprus is forced to adjust to the fact that some 20 per cent of its tourists have gone, possibly permanently. Some may fantasise that Russian tourists, settlers and business people will soon be flooding back. Even if they do start to return in, say, five to 10 years’ time, will that be problem-free?

Tourist families from EU countries may baulk at mixing with Russian tourists because of the Russian atrocities in Ukraine. Ideally, people would not develop such prejudices. But, that is precisely what many do, just as it took 50 years after WWII for Germans not to be automatically cast by many as Nazis. This is one of Putin’s unintended legacies – the false perception that all Russians are hideous thugs and war criminals. Moreover, those who may seek a hasty rehabilitation of Russian tourists may be accused of sympathy, if not support, for Russian war crimes. A fast and easy way back for Russia from its current pariah image predicament is hard to envisage. Cyprus will need to be ever more creative in replacing its lost Russian tourists.

Labour Day speeches descend into spat for government and Akel

Earthquake recorded between Cyprus and Lebanon