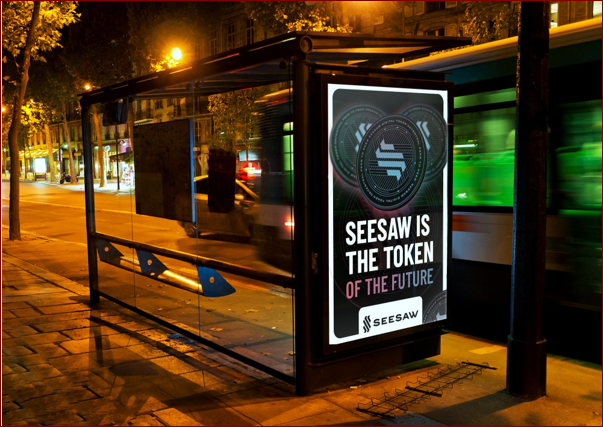 The cryptocurrency market is always full of surprises, with tokens coming and going, reaching all-time highs, and declining a week after. This is why it is always good to stay up to date with who is currently on top leading the industry.

Seesaw Protocol (SSW) has been the recent coin in the market, turning heads.

What is all the Seesaw Protocol (SSW) hype about?

A recent launch in the pool of cryptocurrencies is Seesaw Protocol (SSW), designed to help act as a connector between different ecosystems.

Seesaw Protocol (SSW) is a non-custodial ecosystem of decentralised multi-chain DeFi products and services, with applications that extend to the metaverse and NFTs.

It allows you to perform transactions on even the most efficient blockchains, by connecting to the Binance Smart Chain (BSC), it closes the gap between Polygon (MATIC) and Ethereum (ETH).

SSW’s hype began in February when the crypto market crashed.

Despite the fact we saw both Bitcoin (BTC) and Ethereum (ETH) dropping by as low as 10%, SSW remained strong and even continued to rise which was when they got everyone’s attention.

Currently, Seesaw Protocol (SSW) has declined by about 6.63%. However, let’s not write them off just yet.

Seesaw Protocol (SSW) shares the same visionary future the metaverse intends to bring to life, especially in the world of education. It is determined to create a more immersive, engaging, and fun way for children to learn in the coming virtual world.

The coin seems to not be going anywhere, as it plans to deploy cross-chain integrations, with the aims of listing on Uniswap during the third quarter of 2022.

The return of Dogecoin (DOGE)

We have yet to see the last of Dogecoin (DOGE). The meme-turned cryptocurrency giant has seen a gradual decline in value in recent months. However, there might be a comeback for it.

The richest man in the world, Elon Musk, who happens to be a big fan of DOGE, agreed on a deal to purchase Twitter this week.

What does this mean for Dogecoin (DOGE)? So far, this has worked in the favour of the crypto coin, given Elon’s proven influence in the market.

DOGE rallied 40% in the market earlier this week after Musk’s announcement.

The billionaire has implied that Twitter could use Dogecoin (DOGE) for its payments which could spell a potential comeback for DOGE.

It is possible that this cryptocurrency could be used as a “donation currency”, whereby Twitter users could donate to other Twitter users they follow and enjoy their tweets.

However, these donations will not be made with fiat currencies such as Dollars and Euros, but with Dogecoin (DOGE).

With this new functionality in place, more people will be purchasing this cryptocurrency for their donations, which might increase the price as there are fewer DOGE coins available in the market.

Should you burn your Shiba Inu Token (SHIB)?

Shiba Inu (SHIB) took the crypto world by storm in August 2020 after its launch. Since then it has made its mark in the industry with no signs of slowing down.

Ever since the Shiba Inu (SHIB) developers launched a new burning mechanism on its ShibaSwap exchange, it has gained back major attraction.

Since it allows SHIB token holders to burn their tokens while they also earn a passive income in the process, many holders have resorted to burning their tokens. Over 1.4 billion tokens have been burnt to date, in over 160 transactions.

Clearly, this is an attempt by the developers to spike up the prices like last year in 2021, when SHIB hit an all-time high between April and May.

However, this isn’t doing it much good, as its prices are still declining, giving the developers the opposite outcome.