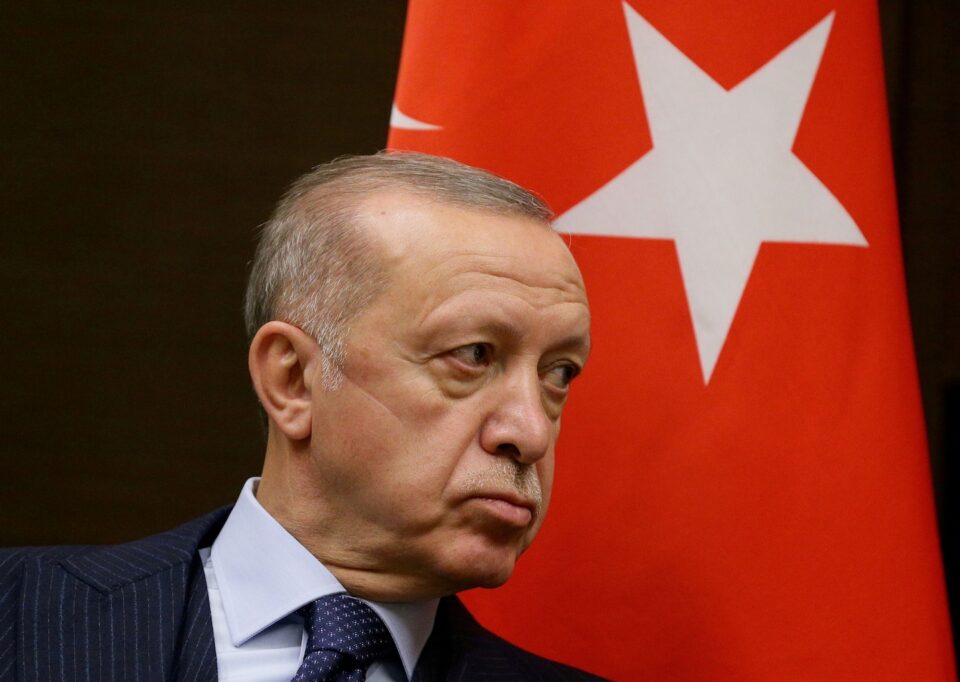 The United States expelled Turkey, a proven unreliable US ally, in 2019 from the F-35 air-fighter programme because it bought the Russian S-400 missile system. Now the Turks want to purchase 40 F-16s and upgrade kits for 80 more. Under no circumstances should Washington cave into Erdogan’s demands. Turkey will not use the F-16s for its defence, as required by American laws, but harass‌ Cyprus, Greece, Armenia and, depending on Ankara’s mood, Israel; it will bombard and kill Kurds, Yazidis and other small neighbours, as it did in previous years.

If history is any indicator, neither will Turkey use American fighter jets to defend the West. The Turks fought against the United States and its allies during World War I. They collaborated with Nazi Germany during World War II. They allowed German warships to pass through the Straits and teamed with Germany’s secret services. And, what was more, they supplied the Nazis with chromium ore that enabled Hitler to prolong the war for several years.

Although a Nato member, Turkey played the West against the East and milked both sides during the Cold War. Outside the Soviet bloc, Turkey was the largest recipient of Soviet aid.

In the war in Ukraine, Turkey considers Russia to be a ‘friend’ and opposes sanctions against the Kremlin, a position that has set Turkey apart from Greece and other Nato countries that have already taken such measures.

Also, unlike other Nato countries, Turkey declined to close its airspace to Russia, and Ankara welcomes Russian oligarchs for tourism and investments. While other Nato and European countries shoulder the pain of the sanctions, Turkey seeks to enrich itself.

Turkish officials promptly explained to Moscow that Ukraine purchased the Turkish drones the Ukrainians used in the conflict before the outbreak of the war. The Turks also clarified that private companies sold the drones, not the Turkish government.

Turkey closed the Straits, but to Russia’s advantage. Russian warships can enter the Black Sea, but American ones cannot. The Russians thanked the Turks for it.

The Turkish government also dismissed handing over its S 400 Russian-made missile system to Ukraine. “Turkey apparently hopes to get all it can from the ‘Christian to Christian’ conflict: Let the infidels destroy each other as Turkey cashes in with geostrategic gains and spillover Russian business from the West,” wrote Burak Bekdil, a Turkish journalist who himself was a victim of Erdogan’s despotic regime.

Under the guise of a mediator, Erdogan disguised his duplicity, seeking to fool the world. Turkey, an occupier with an appalling history of aggressiveness, is the last country in the world that can assume the role of a peacemaker.

The United States cannot fight in Ukraine for freedom and democracy or the rule of law and support the Turkish autocratic regime, tolerate Turkey’s occupation of northern Cyprus, and constant intrusions in Greece’s airspace and territorial waters.

Erdogan has shredded Turkey’s democratic norms and imprisoned journalists and political opponents. As a result, Turkey is among the worst jailers of journalists in the world. The Turkish ruler has significantly curtailed the rights of women. Recently, Ankara withdrew from the Istanbul Convention, an international treaty combating violence against women. Under the AKP, the number of women murdered by men rose rapidly, and Turkish femicide rates are among the worst.

Even worse is how the Turkish regime treats its ethnic and religious minorities. There have been killings, abuse, and discrimination against Kurds, Alevis, Armenians, Greeks and Jews.

Erdogan ignored American and Western pleas and turned the magnificent Cathedral of Hagia (Saint) Sophia into a mosque. He forbids the reopening of the theological seminary of Halki and interferes in the selection of the Orthodox patriarch.

The Turkish autocrat denies that the Armenian Genocide took place. In a recent visit to Montevideo, Turkey’s foreign minister, Melvut Cavusoglu, flashed the racist ‘Gray Wolf’ sign to a group of Armenians protesting the anniversary of the Armenian Genocide. Uruguay’s President, Lacalle Pou, declared “regrettable” the gesture made by Cavusoglu.

A consistent and free of double standards foreign policy is crucial for US credibility. To hand over to the anti-democratic, anti-Western and belligerent Turkish regime F-16s would be a disgrace and insult to what the United States and the West are fighting and sacrificing for in the war in Ukraine. It will go against President Biden’s commitment to defending democracy and international law. It would be a move against America’s real allies in the Eastern Mediterranean, for it would adversely affect their security.

Brown educated Antonis Antoniou, is a social science educator in New York City who, among other interests, researches political and security issues in the Middle East and the eastern Mediterranean, areas in which he did doctoral studies