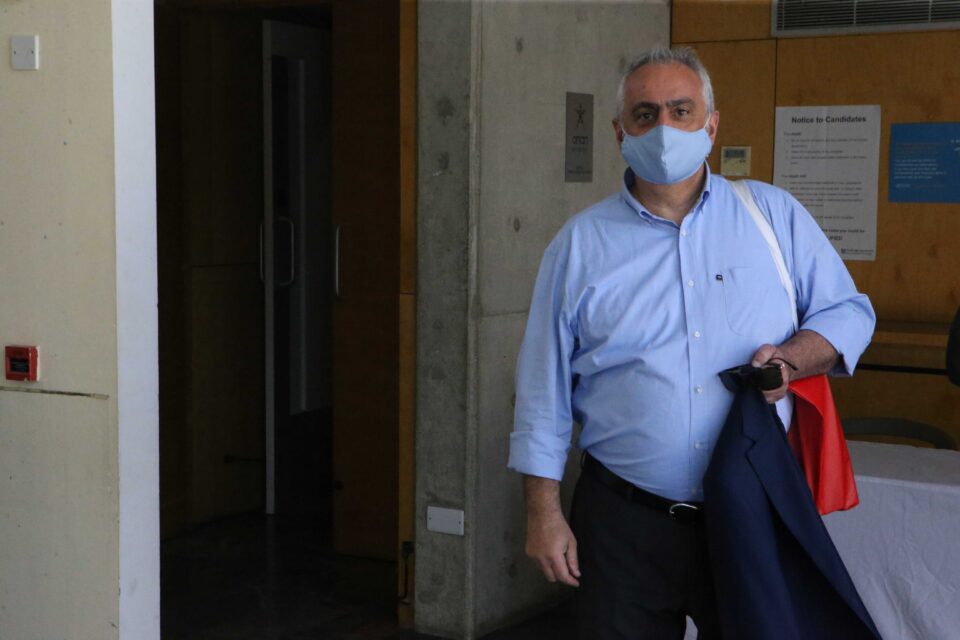 Achilleas Demetriades: My candidacy is not dependent on any party backing, that’s exactly why it’s independent

Presidential candidate and lawyer Achilleas Demetriades said on Monday he will continue his bid undeterred until the end, after he lost out on Akel’s backing when the party’s central committee instead voted for Andreas Mavroyiannis.

“We will certainly be together until February 2023,” he said. “My candidacy is not dependent on any party backing, that’s exactly why it’s independent.”

He argued that there is a large chunk of the population which is hungry for change, saying that the largest political party is that of those who abstain from voting, at 30 per cent of the electorate. A further 15 per cent do not have their voice heard in parliament as their candidates did not make it, meaning that 45 per cent of the public have no say in what happens, Demetriades added.

Notably, he stated that he has held consultations with all the parties – having briefed them on his positions – but is prepared to discuss improvements or even changes.

In keeping with his message of a transparent and progressive Cyprus, he reiterated his call that for change to occur there must be an overhaul of those in power – not just them being recycled through positions.

“We can’t keep getting people who were in key posts and then say that things have changed,” Demetriades said.

Discussions with the public, he said, continuously reveal that people are fed up with what they see around them: corruption and the absence of a respectable state.

“People and society can now feel that their individual vote has a way of expressing itself,” he said.

Asked about contacts at Akel, Demetriades gave an insight by saying that he found out about the committee’s result from the media.

In a direct swipe at Mavroyiannis, he called for an end to the lavish privileges enjoyed by some – as Demetriades cited sources that the former Cyprus negotiator received a salary for those efforts, while also another salary as an ambassador.

The central committee of left-wing opposition party Akel on Sunday voted in favour of Mavroyiannis’ candidacy.

Mavroyiannis, who was the chief negotiator on the Cyprus issue since September 2013 before he resigned in April this year, citing the lack of developments in the negotiations, received 60 per cent of the votes in his favour at Sunday’s meeting.

According to a statement released by Akel, 98 members of the central committee voted in the secret ballot.

Mavroyiannis’ candidacy must now be ratified at the party’s extraordinary congress, which will be held on June 5.

Coronavirus: Pandemic has stabilised, but autumn a cause for concern, says advisor