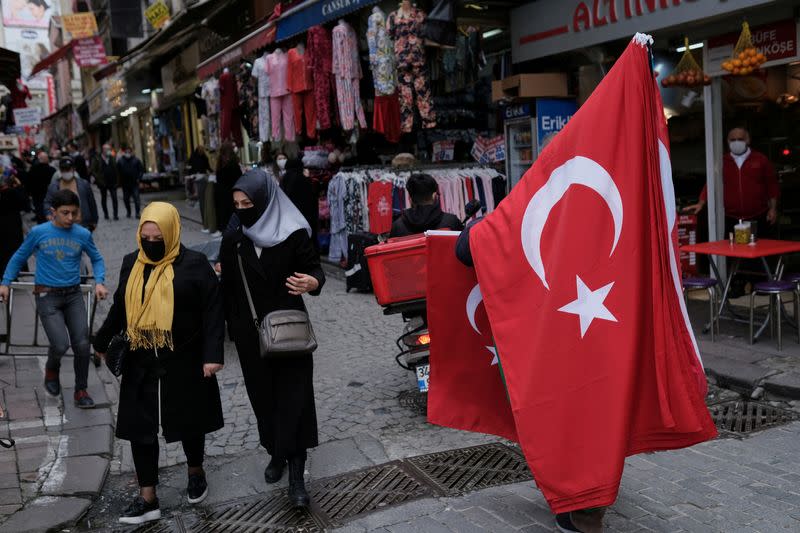 International rating agencies are keeping Turkey at the non investment grade level, with a negative outlook

The Turkish economy has repeatedly been described as totally directed by President Erdogan’s inner circle. Economic decisions which are obviously political, such as the appointment of the president’s son-in-law at the helm of the Ministry of Finance, the frequent changes of the Governor of the Central Bank and the unconventional reduction of interest rates during a period of continuously rising prices, have strengthened forecasts of analysts predicting a period of intensified multiple challenges.

Turkey’s economy, with a GDP of $755 billion, is among the 20 largest in the world, with a rapidly growing population and, under certain conditions, favourable growth prospects. Contrary to most estimates, its GDP recorded a high growth rate of 11 per cent during 2021.

A number of challenges, however, endure and can be summarised as follows.

First, successive cuts to Turkish interest rates were initially intended to boost commercial activity, employment and household purchasing power. This has not been the case in practice. On the contrary, unemployment has stabilised at a high rate of 20 per cent while inflation has jumped to levels above 60 per cent, having adverse effects on the living standards of the population. Economic policy dilemmas have, consequently, become more complicated.

Second, a series of measures adapted to avert capital outflows, maintain foreign investment and support the Turkish lira have not prevented the financial sector from destabilising, a situation further exacerbated by the relatively high short-term external public and private debt in foreign currency. What appears to have taken place is a blow to consumer and business confidence and weakening of the Turkish lira, which has lost about half of its value against the dollar. At the same time, the banking sector has become more vulnerable, while the already low foreign exchange reserves of the country are under pressure.

Third, economic inequalities are constantly widening, at a time when the wages share of GDP is shrinking. In this respect, the minimum wage in Turkey currently corresponds to around €250 and is received by 15 million employees, representing 25 per cent of the total.

International rating agencies have taken note of the above and are keeping Turkey at the non-investment grade level, with a negative outlook. Recent developments in Ukraine have further intensified the situation, mainly due to rapidly rising energy and raw material prices. In parallel, however, the unfolding crisis in Ukraine has provided President Erdogan with an opportunity to divert the attention of the local public, at a time when, due to the economic challenges, support for him is falling.

Nevertheless, the essence of the problems remains, and the hitherto dead-end economic policy will need to be radically altered to avoid significantly worse consequences.

With regard to Cyprus, the above developments are very important, considering the absolute dependence of the Turkish Cypriot economy on its economic relations with Turkey and the assistance it receives from it.