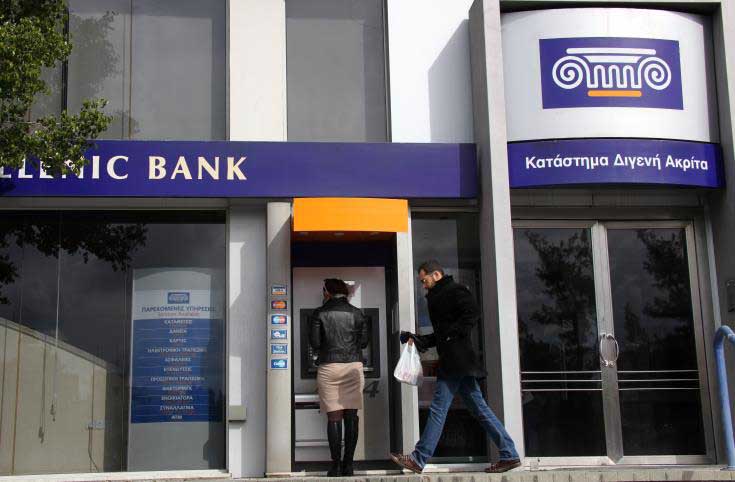 Bank employees’ union Etyk has issued a rallying cry, calling on all its members to show up and vote for strike action to deter Hellenic Bank from going ahead with a mass redundancy scheme.

In a message to all members on Monday, the union recalled that it will hold regional meetings on Wednesday, where bank employees will vote on whether or not to sanction planned strikes across the industry.

“If we do not react and remain apathetic, all banks will follow in the trail of Hellenic Bank,” the statement read.

In an ongoing bid to reduce operating costs, Hellenic – the island’s second-largest commercial lender – is seeking to slash its staffing by 300-350 people.

Back in March Hellenic CEO Oliver Gatzke sent out letters to labour unions Peo, Sek, and Etyk, informing them of the bank’s intentions, in response to which the bank workers union called on staff to resist the mass redundancy plan.

The union calls this a clear and blatant violation of the Industrial Relations Code – a sort of gentlemen’s agreement where any changes to staff are settled through procedural dialogue among the stakeholders.

In its statement, Etyk accused Hellenic of going for the easy route.

“Given its inability to increase revenues, the Gatzke administration is resorting to the ‘easy solution’ by consigning to unemployment, and without any compensation, half of its workforce.”

The union went on to warn: “If our [job] permanency is abolished, everything else will likewise be automatically abolished.”

The missive lambasted the current leadership of the bank under Gatzke, a German national.

“The outsiders running Hellenic Bank, with the arrogance and capriciousness typical of its actions from the very first day that Mr Gatzke set foot in the bank, has created a massive wave of resentment and reaction among all bank employees, but also a rallying around the leadership of our organisation.”

Speaking earlier at a press conference announcing Hellenic’s 2021 results, Gatzke had said the bank has put other problematic practices on the table, including the automatic indexation of wages, employer’s contribution to Etyk’s health fund, and pay rises.

“Salaries cannot rise at a rate of 5 per cent a year given that the bank has not paid out a dividend since 2013,” he noted.

Gatzke had earlier pointed out that banks are closing branches and investing in digital transformation, a result of which is excess staffing.

The union counters that the bank should offer a voluntary retirement plan.