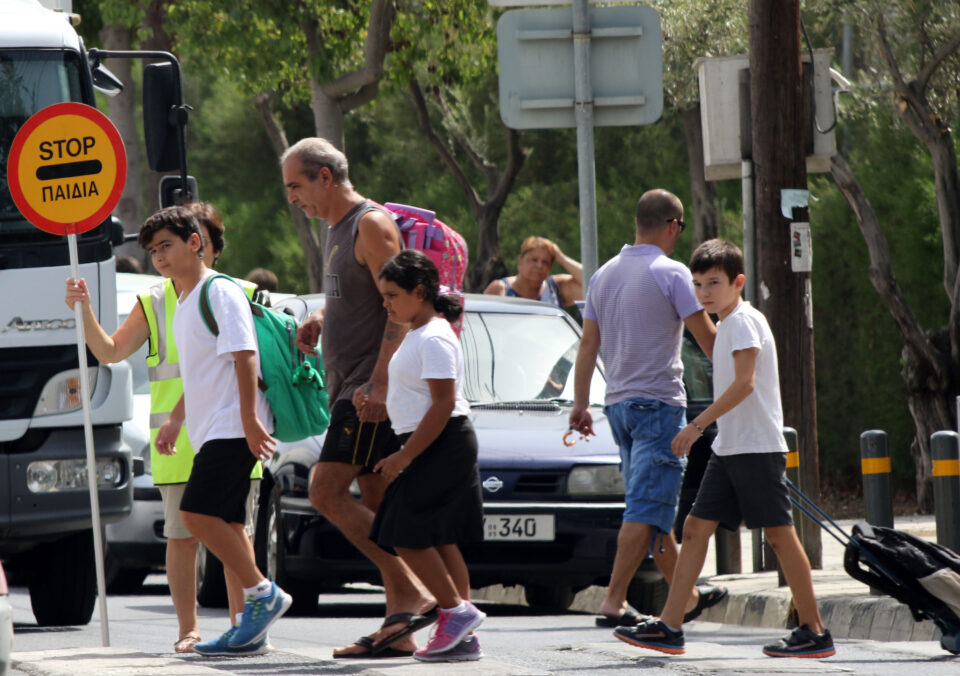 The primary school door-to-door bus system is being billed as a way to tackle chronic traffic jams while offering a service to the public which is owed by the state.

Transport Minister Yiannis Karousos was called on to offer further details on the pilot scheme which was announced on Wednesday, while also addressing criticism over the current bus system and entrenched traffic jams.

He insisted that the service, beginning from September, will indeed be essentially door-to-door and will aid in significantly reducing the burden on the morning and afternoon school rush hours. The aim is for it to be implemented across all schools by September 2023.

“It’s very likely that it won’t be the larger buses but the smaller minibuses, of 15-20 people, per neighbourhood,” he told Alpha, adding that there are examples of this working abroad and the government will learn from those programmes.

He refuted that there may be potential issues with the bus companies based on their contracts, as had been witnessed in drawn out procedures with the city bus programmes, which led to strikes and court cases. He said that current contracts allow for further kilometres to be asked for and the issue will be handled in that manner.

“It’s a service which we believe must be provided by the state to the public, which will contribute to reducing the traffic congestion, lowering emissions and many other benefits,” he said.

The programme will begin with two to three schools per district, including urban, rural and mountainous communities, Karousos explained. The pilot phase, he said, is intended to identify likely issues and iron them out ahead of a more extensive future rollout.

Another prong in the government’s approach to tackling the traffic issue is that of tweaking school and public service working hours.

He emphasised that by September a study will have been completed to assess the impact of altering those sector’s hours, with likely changes “having a very significant effect”.

But the presenter pressed him on the current bus system, particularly on the seemingly oversized vehicles.

Many amongst the public are perplexed as to why such large buses were chosen – with claims that they often cause further chaos and danger on the roads. Their size, particularly in the city centres where many roads have been narrowed to prevent speeding, often leads to tight situations. Footage of the large blue buses extending far into the oncoming lane when turning the corner near the revamped Makarios Avenue has further increased criticism.

Karousos played down the issue, saying that there are multiple size of buses in Cyprus which serve different roles across various communities.

The chronic traffic jams have severely plagued roads across most major cities, with consistent criticism levied by the public on the government for not doing more to improve the transport network.

But as the Cyprus Mail previously reported, with over 90 per cent of those in Cyprus opting for private car use and shunning other modes of transportation, such as buses or cycling, the problem appears set to remain.