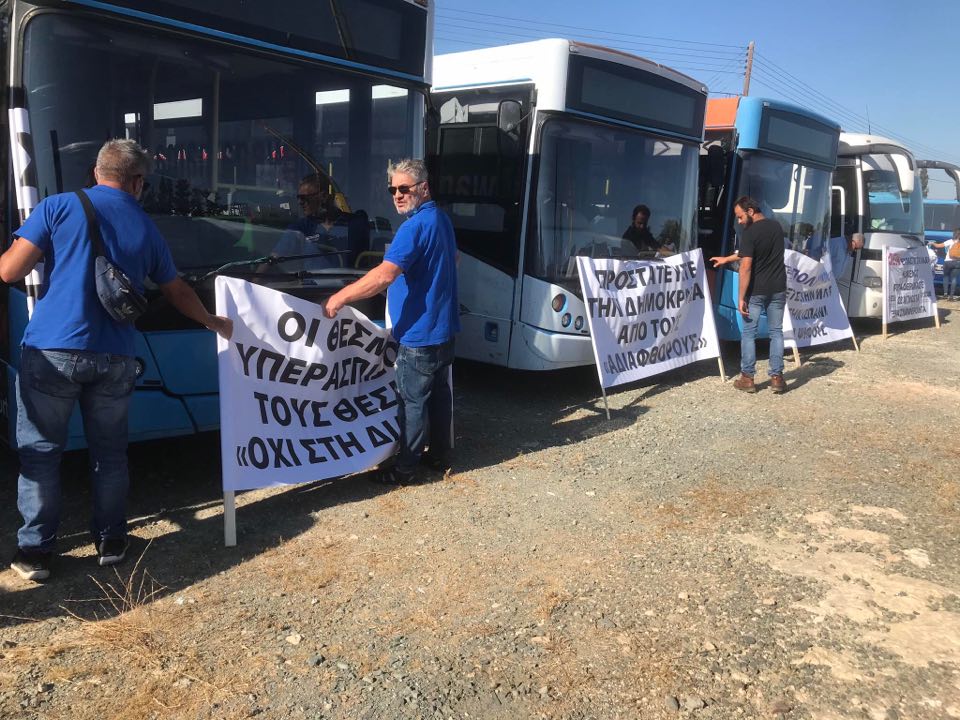 Bus company employees said on Saturday they would go on a 24-hour strike on Wednesday across the island, except Nicosia, in protest over the loss of transport contracts.

A lockdown of public transport has not been ruled out.

According to Haris Therapis, representative of the coordinating committee of Limassol’s Emel, Larnaca’s Zenon, Paphos’ Osypa, Famagusta bus operator Osea and Intercity buses, they will go on strike from 5am on Wednesday for 24 hours.

“No route will be carried out that day, or school buses,” he said.

Therapis said they chose Wednesday to strike to give the transport ministry some time to reconsider their decision to issue public transport contracts to a new consortium.

The five bus companies, along with Nicosia’s Osel, had thus far held the public transport concessions but most of them lost out to MLKP consortium, comprising Malta Lines and Kapnos Airport Shuttle Services. The current contracts, for the 2010-2020 period, are due to expire on July 4. The next ten-year concessions will be valid from July 2020 to July 2030.

The House transport committee discussed the issue on Friday behind closed doors since court and tender bid procedures are still pending.

Bus drivers from these five companies held two separate protests in Nicosia on Friday one outside the Presidential Palace and the other one at the Philoxenia conference centre, which is temporarily housing parliament sessions.

Protesters said on Thursday that based on court decisions Osea and Intercity should take the contracts for the district of Famagusta and intercity routes respectively while the MLKP’s bid was considered invalid. They called on the government to accept the court decision.

In the case of Larnaca, Zenon had argued that MLKP had prepared and submitted the required business plan for the transfer and implementation of the contract on its own and not via an experienced auditing firm and an independent approved auditor, as per the terms of the tender, so the whole procedure ought to be considered void.

Therapis expressed optimism that MPs would back them. He referred to what was going to be a simple briefing of the House committee on Thursday which turned into a cross-examination while the auditor-general and a representative of the attorney-general’s office were hastily invited to appear before the committee.

If the transport ministry insists on its positions, he said, “then a general lockdown is not ruled out, with Cyprus left with no buses.”

Everyone must finally realise, he said, that they cannot toy with the hundreds of public transport workers.

Mayor urges people to avoid central London ahead of protests

Two festivals to look forward to in September