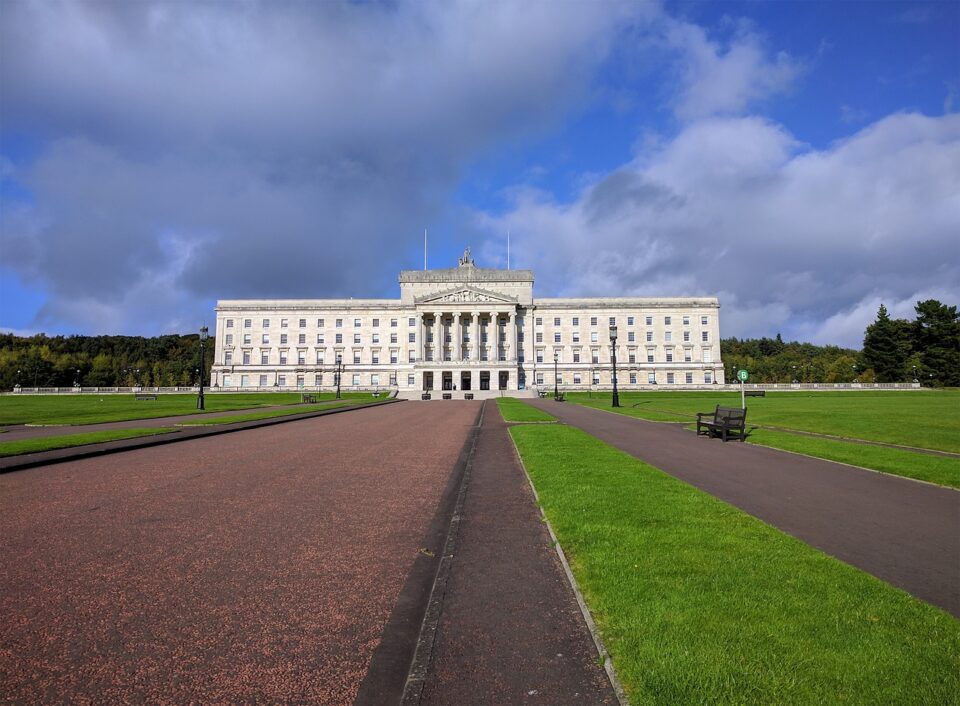 Peace and stability have been hard-won in Northern Ireland. So much of the progress we have seen rests on the Belfast (Good Friday) Agreement, which marked the triumph of compromise and tolerance after decades of instability.

The United Kingdom’s first priority is to uphold this agreement in all its dimensions. It established a power-sharing government at Stormont based on the consent and equality of all communities, intensified North-South cooperation on the island of Ireland and enhanced arrangements for East-West cooperation.

Even though the Protocol has yet to be implemented in full due to the operation of grace periods and easements, the practical problems are clear to see.

Customs procedures for moving goods within the UK have already meant companies are facing significant costs and paperwork. Many British businesses have withdrawn products from sale in Northern Ireland and some have already given up trading there altogether. As we seek to drive forward our post-Covid economic recovery, rules on taxation mean that citizens in Northern Ireland cannot benefit fully from the same economic decisions as everyone else in our country. This situation is clearly unacceptable and unsustainable, and something no responsible government can countenance.

Such issues have contributed to a growing concern that the relationship between Great Britain and Northern Ireland has been undermined. Without resolving these and other issues, we will not be able to re-establish the government there and preserve the hard-won progress sustained by the Belfast Good Friday Agreement.

Our preference is to reach a negotiated outcome with the EU. We have worked tirelessly to that end and will continue to do so. The UK has been engaged in negotiations with the EU to that end for almost 18 months.

The UK has proposed what we believe to be a comprehensive and reasonable solution to deliver on the objectives of the Protocol. This includes a scheme to provide the EU with real time commercial data, giving them confidence that goods intended for Northern Ireland are not entering the EU Single Market.

Our proposed solution would meet both our and the EU’s original objectives for the Protocol. It would address the frictions in East-West trade, while protecting the EU Single Market and the Belfast (Good Friday) Agreement.

The challenge is that genuinely solving the problems requires a change in the Protocol itself, as its current drafting prevents these solutions from being implemented, but the EU’s mandate does not allow the Protocol to be changed. This is why, while we welcome the spirit of the EU’s current proposals, they are simply not able to address the fundamental concerns.

Our shared objective has to be to find a solution that can command the broadest possible cross-community support for years to come and protect the Belfast Good Friday Agreement in all its dimensions. That is why we have announced our intention to introduce legislation in the coming weeks to make the necessary, targeted changes to the Protocol.

In parallel with the legislation being introduced, we remain open to further talks if we can achieve the same outcome through negotiated settlement, and we will continue to engage with the EU.

However, to respond to the very grave and serious situation in Northern Ireland, there is a necessity to act to ensure governance can be restored as soon as possible.

This is not about scrapping the Protocol. Our aim is to deliver on the Protocol’s stated objectives. We will cement those provisions which are working in the Protocol, while fixing those which do not.

We remain open to a negotiated solution, but the urgency of the situation means we can’t afford to delay any longer.

The UK has clear responsibilities as the sovereign government of Northern Ireland to ensure equality and the protection of economic rights. The EU will not be negatively impacted in any way – just as we have ensured the protection of the EU Single Market since the existence of the Protocol.

We must restore the primacy of the Belfast (Good Friday) Agreement in all its dimensions as the basis for the restoration of the government in NI. We will do so through technical measures designed to achieve the stated objectives of the Protocol, tailored to the reality of Northern Ireland.

We will do so in a way that fundamentally respects both unions: that of the UK and of the EU. And we will live up to our commitments to all communities of Northern Ireland.

As co-signatory and co-guarantor of the Belfast Good Friday Agreement, the UK will take the necessary decisions to preserve peace and stability.

Stephen Lillie is the British High Commissioner for Cyprus