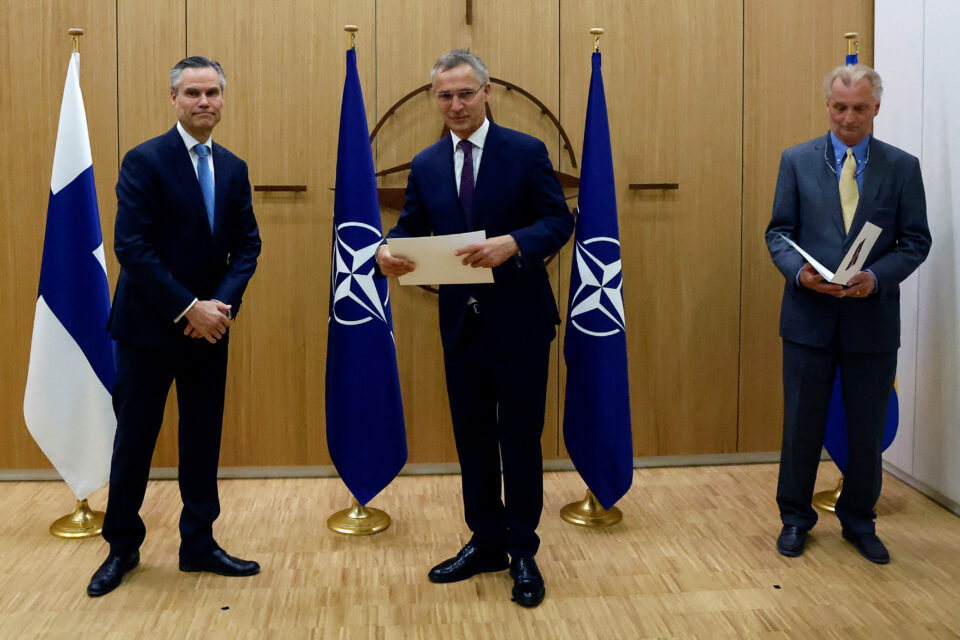 Collective self-defence under Nato’s umbrella protects Europe and North America from shared enemies in line with the principle that an attack on one is an attack on all. Now that Finland and Sweden will be invited to join, once Turkey’s objections are ironed out, it is a good time to consider the recent history of Nato and its nature. Why are so many states prepared to go to war to defend other states? It is not just deterrence since a deterrent has to be real to be credible.

Nato was conceived as an anti-communist anti-totalitarian alliance that lost its raison d’etre after communism self-destructed in the Soviet Union in 1991 leaving the alliance without a common enemy.

Bereft of an enemy Nato became involved in a war in the Balkans but the trouble was that Yugoslavia had not threatened or attacked a Nato country; the regime there may have been responsible for breaches of humanitarian law, but Nato had no mandate under the North Atlantic Treaty to get involved in policing the Balkans.

Russia was not seen as a credible threat to Nato when Boris Yeltsin was in charge in the 90s. And although Yeltsin did send troops to Yugoslavia after Nato forces entered Kosovo under the command of General Mike Jackson in 1999 it was a pathetic show of strength.

A fluent Russian speaker and consummate diplomat, Jackson diffused a potential incident between Nato and Russian forces by offering the Russians a ladder to climb down instead of confronting them as ordered by supreme Nato commander US General Wesley Clark: “I am not going to start the third world war for you” Jackson told Clark refusing to block Pristina airport to the Russians.

The attack on America in 2001 and the war on terror rekindled Nato’s role in the world. An enemy at last! The old enemy Russia was fully on side in the war on terror and Russian President Vladimir Putin was so keen to stand shoulder to shoulder with America that when he could not get through to President Bush to offer his support he telephoned Tony Blair instead.

America activated Nato’s common defence guarantee and Nato joined America in removing the Taliban from power in Afghanistan for harbouring the terrorists responsible for the attack on America.

Nato countries supported America to the hilt until they all left Afghanistan ignominiously in the summer of 2021 leaving the Afghans to their fate after 20 years of failed nation building.

Nato did not mark time after intervening with America in Afghanistan. It expanded eastwards in Europe that looked askance at Russia. Like the EU, Nato took in most of East Europe to the great irritation of Putin. In the meantime Russia woke up from the drunken stupor of the Yeltsin decade in the 90s to find herself with the prestige of the Soviet Union in tatters and Russia a shadow of her former self.

In the Middle East and North Africa, the Arab Spring of 2011 saw a number of Arab leaders fall like dominoes but not in Syria where Russia retained a base from Soviet times. President Bashar Al Assad is not a natural dictator but his dynasty and those behind the regime stood firm and he survived the Arab Spring with Russian support after the Anglo Americans failed to remove him from power in 2013.

Nato was not involved in Syria and America flirted with isolationism under President Donald Trump who found common ground with Putin in their disdain for liberal democracy and political correctness. Trump was no fan of Nato or the EU which suited Putin just fine, but then Trump lost to Joe Biden in 2020 and after Nato’s messy withdrawal from Afghanistan the scene was set for a showdown in Ukraine.

Russia’s invasion in Ukraine on February 24 sent shivers down the spine of neutral Scandinavia, as if Russia does not have enough on her plate in Ukraine. Putin seems nonchalant about their wish to join Nato so long as their membership is purely defensive in practice.

The North Atlantic Treaty of 1949 itself is purely defensive on paper. It is short and to the point. Its preamble and first two articles are the usual motherhood and apple pie provisions: to promote peace, democracy, the rule of law, individual liberty, that sort of thing.

Article 3 commits member states to assist one another in the event of armed attack collectively and article 4 requires consultation if any member state is threatened.

The sting of the treaty is in article 5 which guarantees that an attack on any Nato state is an attack on all. Article 6 defines the geographical areas protected by the alliance and articles 7-9 declare that Nato was set up to play second fiddle to the UN Security Council, that member states are not permitted engagements that are in conflict with the treaty and that its council should be able to meet promptly.

Nato enlargement is contained in article 10. Any European state may be invited to join if it is in a position to further the principles of the treaty and contribute to its security, but an invitation to join requires a unanimous decision of all member states.

Article 11 deals with ratification and article 12 with amendments. Article 13 provides the right of member states to cease to be members, but there is no provision for expulsion of members; the parties may, however, review the treaty having regard to the factors affecting peace and security in the North Atlantic. And that is it.

By contrast the EU’s foreign policy and defence provisions are as verbose as they are detailed. There is, however, a tension and potential for disharmony between the majority of EU states that are members of Nato and those like Austria, Ireland, Malta and Cyprus that are not and do not regard Russia as their shared enemy.