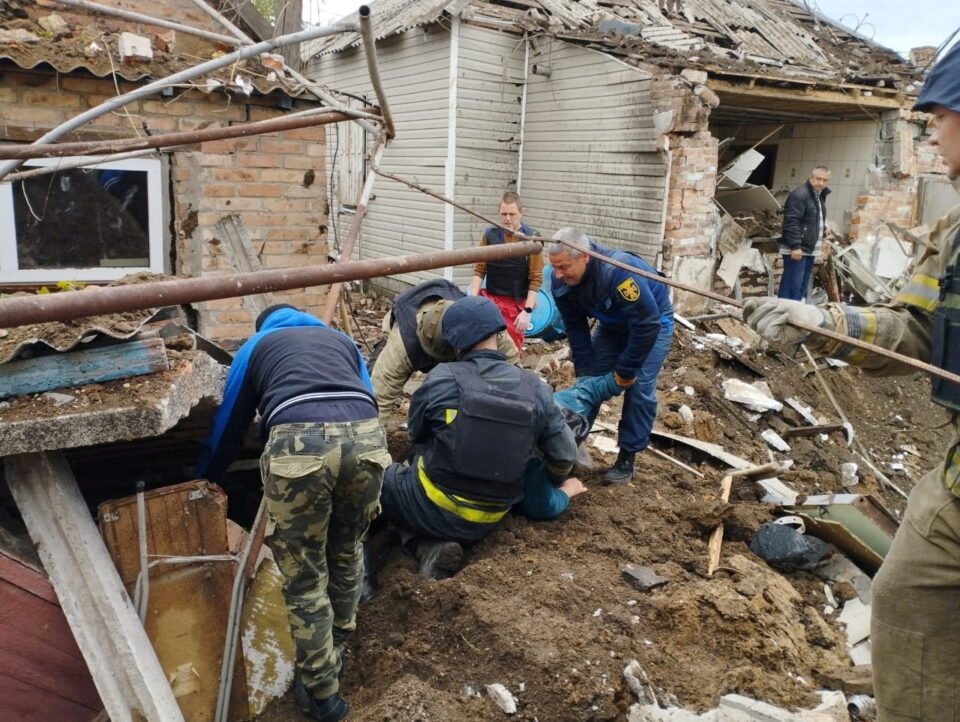 Police officers help rescue people from the rubble after an air strike, during Russia's invasion of Ukraine, in Bakhmut, Donetsk Region, Ukraine, in this handout picture released May 19, 2022 State Emergency Service of Ukraine

With regard to my article of last Sunday, while many people have contacted me to congratulate me on my courage to speak openly, there were also many negative reactions in the 150-odd comments on the website. For the sake of these skeptical readers, who appear to have ignored the substance of my arguments, I quote briefly their arguments and my responses.

Thesis: A ‘big power’ has the right to take any action it deems appropriate and necessary, including declaring war, if it has concluded that another independent country could threaten its existence. Under these circumstances, there is no obligation to seek the agreement of the international community as to the validity of the claimed concerns.

Antithesis: I believe that this position is unacceptable because it leads to the rules of the jungle where the most powerful always wins. This argument of the pro-Russian lobby fully justifies the Turkish invasion of Cyprus.

Thesis: Russia simply reacted to the threats posed by Nato and by ‘Nazi-bent’ Ukraine.

Antithesis: This claim is unsubstantiated. The existence of some extreme right-wing elements does not mean that Ukraine is a ‘Nazi-bent’ country. The failure to substantiate this leads to the conclusion that it is simply a pretextual justification.

Thesis: Expansion of Nato, a defensive alliance, by admitting new members from the former Soviet Union poses a threat to Russia. Thus, Russia has the right of veto, if necessary by force.

Antithesis: The counter-argument is similar to those above and therefore already covered. But now we also Sweden and Finland, two countries that are unquestionably democratic and liberal, with a tradition of a neutral and peaceful existence that extends over the last two centuries. Their decision to join Nato was not forced on them by anyone other than Vladimir Putin and his associates. What has happened in Ukraine in the past few months has exposed the potential source of future trouble.

Thesis: Russia is doing nothing more than what the United States did in 1962 under John Kennedy, when 60 years ago the Soviet Union attempted to install missiles in Cuba.

Antithesis: The case of Cuba is not the same as Ukraine. Nevertheless, even if we assume – for argument’s sake – that the two cases are the same, the appropriate response would have been to condemn both the United States of 1962 and Russia of 2022. The logic that an act committed in the distant past justifies the bloodshed caused in an independent, neighbouring country, on the grounds that it is a mere copy of an earlier unacceptable act, constitutes an extreme form of irrationality.

Antithesis: I really find this argument absurd. If the sanctions on Russia have been appropriately imposed, then we should unreservedly support them and at the appropriate point in time point out to the world that similar sanctions should have been imposed on Turkey in 1974. Otherwise, we, ourselves, are undermining our argument about the need to impose sanctions on Turkey.

The truth is that the realities of the two cases are not exactly the same. For those who have a short memory, I briefly set out here the relevant facts to help them remember what had actually happened:

In 1959, the London-Zurich Treaties were signed, regulating the future of Cyprus. These agreements were implemented in 1960 when Cyprus was declared independent. However, before the ink of the signatures on these agreements dried, the president of Cyprus declared in 1962 that the goal of Cyprus continued to be union with Greece. In 1963, the president attempted to unilaterally amend the constitution and deprive the Turkish Cypriots of certain rights, which – rightly or wrongly – he himself granted them with his signature in 1959. This led to intercommunal conflict, starting Christmas 1963 and continuing into 1964. A concerted effort was made by the state to crack down on the ‘mutiny’ and the activities of certain Turkish Cypriot extremist groups, leading to Turkish threats to intervene to protect her ‘compatriots’. No one disputes that it was US president Lyndon Johnson who averted that invasion. Over the next 10 years, under the responsibility of the official state and President Makarios in particular, a parastate was created which led to the coup d’ état that was organised by the Greek junta with the full support of Eoka B’ and other ‘patriotic’ elements. Within five days, the coup was followed by the Turkish invasion.

Some say that the aim of the Greeks and Greek Cypriots involved in the coup was to dismember Cyprus and to unite the two pieces with Greece and Turkey, respectively. Some blame the United States for not preventing the Turkish invasion. I would just like to remind you that at the time of the ’74 invasion, the United States was without a leader and essentially an ungovernable state because of the ‘Watergate’ scandal. Between the first and second rounds of the Turkish invasion, it led to the resignation of the US. The resignation letter dated August 9, 1974 and addressed to Henry Kissinger, simply read: “Dear Mr. Secretary, I hereby resign the Office of President of the United States. Sincerely, Richard Nixon.” 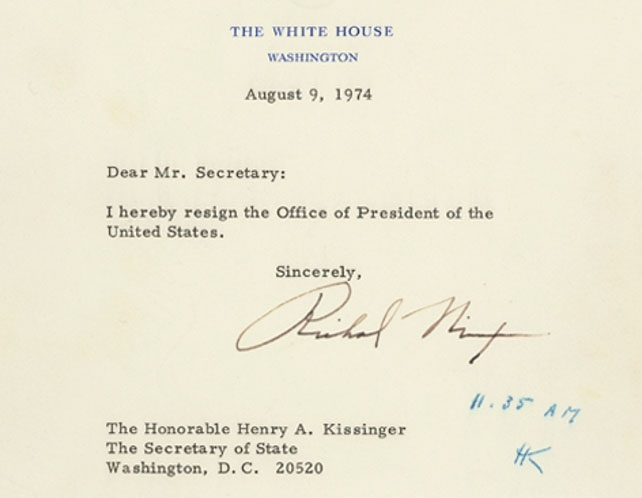 In these circumstances, America’s ability to prevent the Turkish invasion was evidently very limited, in contrast to Russia. It was monitoring developments from a distance, confining her involvement to promoting a practically useless resolution at the UN Security Council, calling on ‘all those involved in the conflict to cease hostilities and to seek the resolution of their differences by peaceful means’. In the years that followed, an arms embargo was imposed by the US against Turkey. Moreover, during Jimmy Carter’s presidency, sincere efforts were made by the US to heal the wounds of the invasion. These efforts stumbled on the Greek Cypriot leadership’s insistence on pursuing the ‘long-term struggle’.