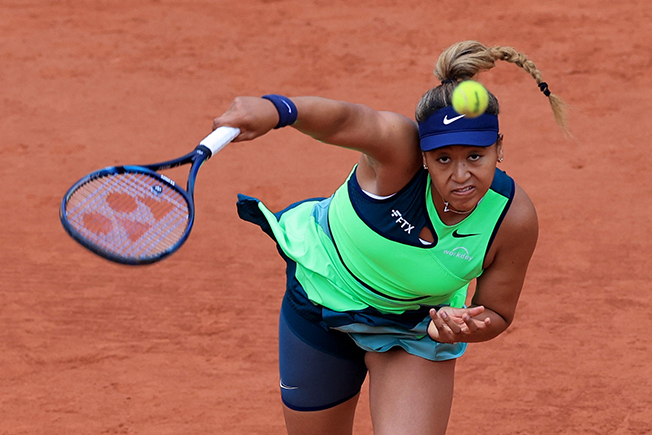 World number one Iga Swiatek put on a commanding display against Ukrainian qualifier Lesia Tsurenko with a 6-2 6-0 opening victory on Monday to kickstart her bid for a second French Open title and extend her winning run to 29 matches.

Swiatek, who won the 2020 Roland Garros title without dropping a set, arrived in Paris having won her last five tournaments, including four WTA 1000 events, and is the overwhelming favourite to lift the Suzanne Lenglen Cup again.

“I just want to keep going. I am aware that someday my streak may stop,” Swiatek said on court. “Basically I am just working every day to be 100% focused on my tennis, not on stats or not on some numbers.

“Just playing tennis and focusing on my game and being kind of in a bubble. That’s going to help me be consistent. That’s what I’ve been doing the past weeks and I’m going to continue doing that here.”

On a rainy morning the Pole, who will turn 21 next week, opened play under the closed roof of Court Philippe Chatrier and got off to a blazing start in her first meeting against Tsurenko, who is ranked 119th in the world.

She was broken while serving for the opening set at 5-1 but Swiatek stepped up to break the 32-year-old Tsurenko to love in the next game to bag the set in 28 minutes.

Swiatek, who continued sporting a blue and yellow ribbon on her cap in support of Ukrainian people affected by Russia’s invasion, did not lose another game in the match and wrapped up the contest in 54 minutes on her third match point with a forehand down the line winner — her 20th of the match.

“I am really happy that I finished early. I have some media, exciting stuff, and then maybe we will go somewhere in Paris to see something,” said Swiatek, who will next face the winner of the match between Alison Riske and Dayana Yastremska.

Earlier, Japan’s Naomi Osaka crashed out of the French Open in a 7-5 6-4 first-round loss to American Amanda Anisimova, a year after her dramatic withdrawal from the claycourt Grand Slam tournament amid mental health issues.

Up against 27th seed Anisimova, four-time Grand Slam champion Osaka never looked comfortable on her least favourite surface as she struggled to control her powerful game.

The first three games all went against serve in a tense start but Anisimova held to go 3-1 ahead.

A backhand error by Anisimova allowed Osaka to level for 3-3, but a double fault in the 11th game allowed Anisimova to move 6-5 up and she held serve to love to take the set.

After a couple of match points went begging, Anisimova finished it off with a stunning backhand winner down the line.

Osaka withdrew from the tournament in 2021 after boycotting post-match media duties for mental health reasons.

In the build-up to last year’s French Open, Osaka said she would not attend the obligatory news conferences for players after matches as they impacted her mental wellbeing.

The Japanese, who at that time revealed she had been suffering from depression for almost three years, returned to competitive tennis at the Tokyo Olympics after the saga cast a spotlight on players’ post-match media duties.