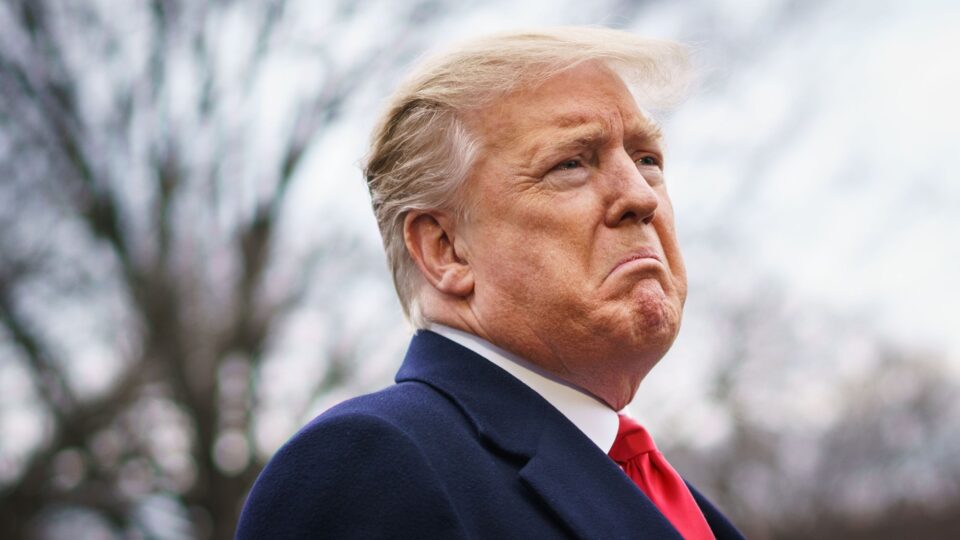 Donald Trump’s campaign to play kingmaker in this year’s US midterm elections faces its biggest test yet in Georgia on Tuesday as Republican voters decide whether to heed his demands to oust Governor Brian Kemp.

Trump has backed former US Senator David Perdue’s primary challenge against Kemp, who angered the former president by refusing to try to overturn his defeat in the 2020 election.

While opinion polls show Kemp holding a wide lead over Perdue, another Trump-endorsed candidate, former football star Herschel Walker, is favored to snag the Republican nomination for US Senate – though some party leaders are worried he could prove to be a flawed general election candidate.

Trump’s obsession over his loss in Georgia to Democrat Joe Biden has extended to other Republican statewide races, including for secretary of state, the state’s top election official.

Incumbent Brad Raffensperger, who rejected Trump’s plea to “find” enough votes to alter the outcome, faces US Representative Jody Hice, who earned Trump’s endorsement and has echoed his fraud claims, in a race that polls suggest is tight.

Trump has made more than 190 endorsements since leaving office, mostly for incumbent Republicans who face no serious primary opposition.

He has amassed a mixed record in competitive contests; most recently, his nominee for US Senate in Pennsylvania, the television host Dr. Mehmet Oz, is in a race still too close to call a week after voting.

Republicans are favored to win a majority in the US House of Representatives on Nov. 8, though analysts say Democrats have a better chance of holding onto control of the Senate.

The loss of either chamber would bring Biden’s legislative agenda to a halt and give Republicans the power to launch distracting and potentially politically damaging investigations.

Opinion polls show Georgia incumbent Kemp well above the 50% threshold required to win the nomination outright and avoid a run-off against Perdue, who has repeated Trump’s falsehoods about losing Georgia due to widespread voter fraud.

In a radio interview on Monday, Perdue criticized Democrat Stacey Abrams, who is expected to face off against Kemp in a rematch of the 2018 election, after she decried Georgia’s high incarceration and maternal mortality rates.

“She ain’t from here. Let her go back where she came from if she doesn’t like it here,” he said. Abrams, who is Black, was born in Wisconsin and moved to Georgia with her family as a child.

Abrams declined to address Perdue’s comments at a news conference on Tuesday.

“I have listened to Republicans for the last six months attack me, but they’ve done nothing to attack challenges facing Georgia,” she said.

Kemp’s surging campaign has drawn support from some high-profile Republicans who have themselves been targets for Trump’s ire, including Trump’s former vice president, Mike Pence.

“Elections are about the future. There are those who want to make this election about the past,” Pence said at an election-eve rally for Kemp in Kennesaw on Monday night.

Echoing other Kemp supporters, retired tech sales executive Brian Seifried, 52, said in an interview in Atlanta that he liked Kemp’s pro-business policies, his hard line on immigration and his move to enact a sweeping set of voting restrictions after the 2020 election.

“President Trump’s endorsement did not have any sway over what I think is best for Georgia,” Seifried said.

Walker, a former star running back at the University of Georgia and in the National Football League, has held a comfortable lead in opinion polls and would face incumbent Democratic Senator Raphael Warnock in November.

Some Republican leaders have expressed concern that Walker’s past, including allegations of domestic violence, could hurt his chances in the general election.

In Alabama, US Representative Mo Brooks, who lost Trump’s endorsement after saying it was time to move on from the 2020 election, is among those battling for a Senate seat. Trump-era White House spokesperson Sarah Huckabee Sanders is favored to win the Republican gubernatorial nomination in Arkansas.

The state’s embattled attorney general, Ken Paxton, who has Trump’s endorsement despite a string of scandals, is facing a challenge from Land Commissioner George P. Bush, the grandson of former President George H. W. Bush.