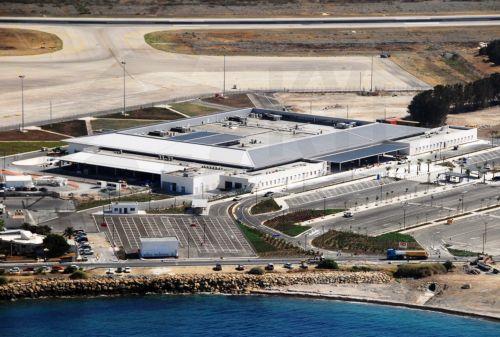 Cyprus Chamber of Commerce (Keve) vice president Andreas Demetriades on Tuesday called on the government and political parties to unite in order to best deal with the challenges posed by the war in Ukraine.

Demetriades, who is also the president of the Cyprus Land and Building Developers Association (LBDA), said that the government and political parties do not appear to agree on how to react to the soaring inflation that is currently plaguing the economy.

“The biggest projects in Cyprus are currently stagnant and those that were planned have stopped, investments have fallen sharply and yet we have not seen any strategic programme on the part of the state and political parties to address all these problems,” Demetriades said.

“I call on the state and political parties to jointly make decisions and devise a strategy to address all these problems facing the economy, whether these are price increases or a sharp decline in investment, or the need to provide incentives and design strategies to promote our economy,” he added.

Demetriades said that tourist arrivals to Paphos have so far been satisfactory considering the ongoing war in Ukraine.

“The effort to expand the countries that have flights to Paphos Airport must be continued and expanded,” Demetriades said.

Finally, the Keve vice president said that “we must focus on how Paphos can attract investment from abroad”.

Greek airline Aegean announced this week that it will be expanding its schedule between Athens and Paphos by adding a slew of flights that will run until the end of December 2022.

According to a relevant announcement by the Paphos Tourism Board (Etap), from July 25, 2022, “Paphos will be connected to Athens with two flights a week, thus offering increased accessibility within the internal and external network of Aegean Airlines”.

Etap mentioned that in order to make the route even more popular, particularly outside of Cyprus, the board, in collaboration with Aegean Airlines, will host Greek tourist agents in Paphos. The trip will take place between June 3-5.

The Cyprus Stock Exchange (CSE) ended Tuesday, May 24 with losses.

The main Cyprus Stock Market Index was at 66.15 points at 13:28 during the day, reflecting a drop of 0.42 per cent over the previous day of trading.

In terms of the sub-indexes, the main and alternative indexes fell by 0.62 per cent and 0.22 per cent respectively, while the hotel and investment firm indexes remained stable.

The biggest investment interest was attracted by the Bank of Cyprus (no change), Hellenic Bank (-1.37 per cent), Demetra Holdings (no change), Petrolina (no change) and Vassiliko Cement Works (-0.72 per cent).