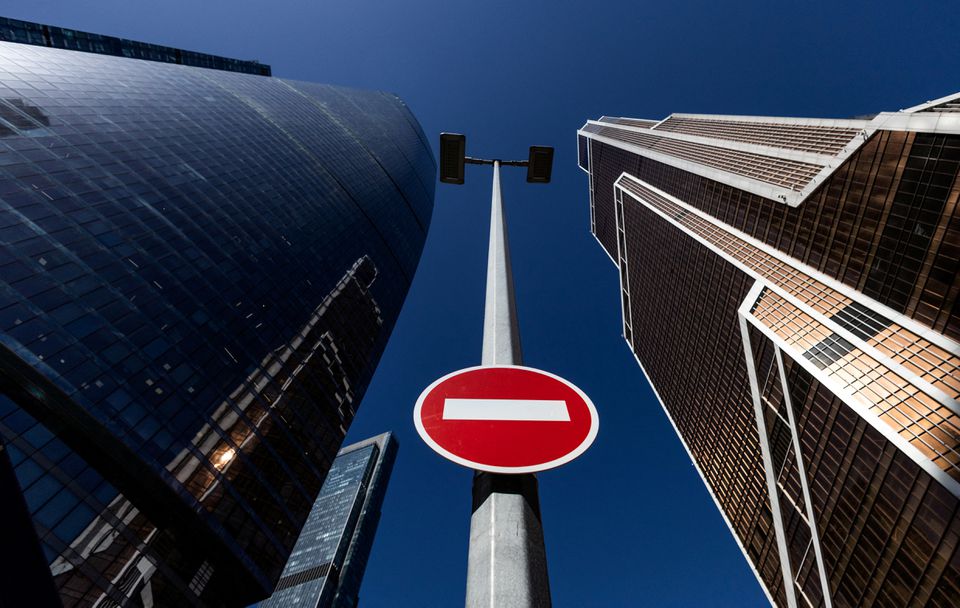 Russia is advancing a new law allowing it to take control of the local businesses of western companies that decide to leave in the wake of Moscow’s invasion of Ukraine, raising the stakes for multinationals trying to exit.

The law, which could be in place within weeks, will give Russia sweeping powers to intervene where there is a threat to local jobs or industry, making it more difficult for western companies to disentangle themselves quickly unless they are prepared to take a big financial hit.

The law to seize the property of foreign investors follows an exodus of western companies, such as Starbucks (SBUX.O), McDonald’s (MCD.N) and brewer AB InBev (ABI.BR), and increases pressure on those still there.

It comes as the Russian economy, increasingly cut-off due to western sanctions, plunges into recession amid double-digit inflation.

IKEA, which has paused all operations in Russia, said it was closely following the development. Raiffeisen, said it was assessing all options, including a carefully managed exit. UniCredit declined to comment while Burger King did not immediately respond to a request for comment.

The bill paves the way for Russia to appoint administrators over companies owned by foreigners in “unfriendly” countries, who want to quit Russia as the conflict with Ukraine drags down its economy.

Moscow typically refers to countries as “unfriendly” if they have imposed economic sanctions on Russia, meaning any firms in the European Union or United States are at risk.

The European Commission proposed toughening its own stance on Wednesday to make breaking EU sanctions against Russia a crime, allowing EU governments to confiscate assets of companies and individuals that evade restrictions against Moscow.

Meanwhile, in a move that could push Moscow closer to the brink of default, the Biden administration announced it would not extend a waiver that enabled Russia to pay US bondholders.

The departures of western firms have angered Russian politicians. Former president Dmitry Medvedev, who is now deputy chairman of Russia’s Security Council, has been a particularly vocal critic of western companies who left, attacking “enemies who are now trying to limit our development and ruin our lives”.

“The government is interested in preserving jobs and tax revenues,” said Sergej Suchanow, a lawyer with risk management and compliance consultancy RSP International.

“First and foremost, the government will apply the rules to big companies. To avoid an administrator, companies must show they are not leaving their Russian businesses in the lurch.”

Ulf Schneider, a consultant working with German companies in Russia and an expert in the region with Germany’s mid-sized or ‘Mittelstand’ industry group BVMW, said he and others are working on proposals to allow foreign companies to voluntarily hand over control to a trustee of their choice.

That could convince Russia they are being responsible while at the same time distancing themselves.

“Sale is an option but the conditions for a sale are not good,” Schneider said.

The draft law outlines how Russia could appoint an administrator to firms where at least 25 per cent of the shares are in “unfriendly” foreign hands.

It lays down a wide range of criteria for intervention, such as when a company plays a critical role as a local employer or provides important services. It makes clear that the state can justify taking control on many grounds.

The bill cites the example of companies making medical devices but also lists a host of other sectors, such as transport and energy, as well as any firm whose closure could push up shop prices.

The state-appointed administrator would also be allowed to sell the confiscated business, while its former owners would be barred from doing business in Russia.

A court or the Ministry of Economic Development could decide to put an administrator, such as Russia’s development bank VEB, in charge.

The bill passed its first reading in the lower house of parliament, or Duma, this week but still faces two further readings and an upper house review before being signed by President Vladimir Putin into law.

That could take several weeks. Russia’s economy ministry said it would pick out companies only in ‘critical cases’ where it was necessary to shield production or jobs.

Scores of foreign companies have announced temporary shutdowns of stores and factories in Russia since Putin launched what he calls a “special military operation” to demilitarise and “denazify” Ukraine, dismissed as a baseless pretext for the war by Ukraine and its allies.

“Russia was already isolated and no longer of interest to investors,” said Michael Loewy of the Federation of Austrian Industries. “This law can only make that worse.”