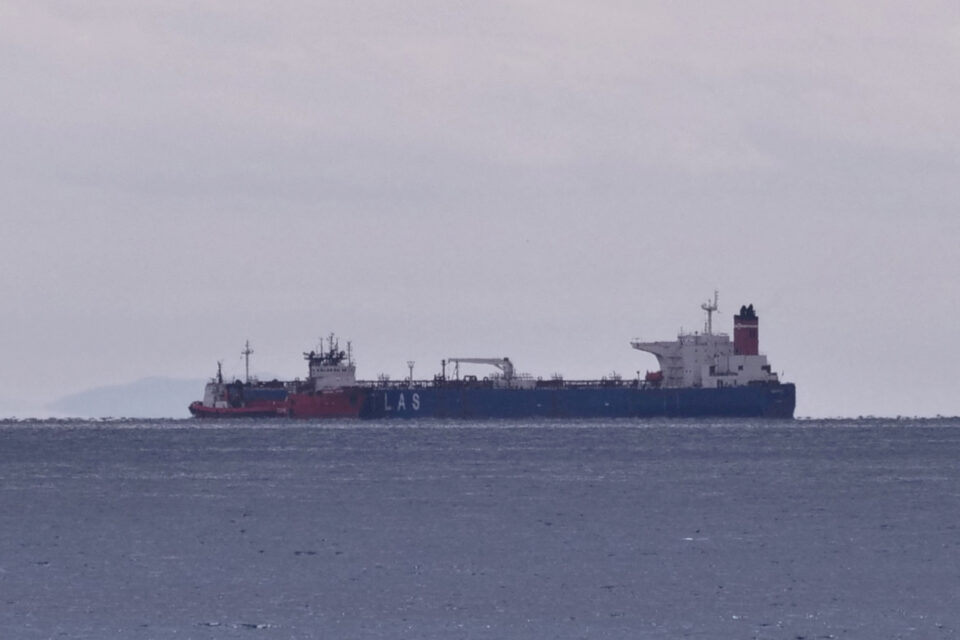 FILE PHOTO: The seized oil tanker Pegas is seen anchored off the shore of Karystos, on the Island of Evia

The foreign ministry on Saturday confirmed that a Cypriot was among the crew of a tanker seized by Iranian forces the previous day.

Bur Tehran said later Saturday the crew had not been detained and were aboard the ships.

Two Greek tankers were seized in the Gulf on Friday, shortly after Tehran warned it would take “punitive action” against Athens over the confiscation of Iranian oil by the United States from a tanker held off the Greek coast.

Cybc had reported in the evening that a Cypriot was among the captured crew.

The ministry said it was in close contact and coordination with the Greek authorities to manage the situation, “including its consular dimension”.

It also said that the sailor’s family has been notified and will be kept in the loop.

“The Cypriot ambassador in Tehran has requested an urgent meeting with the Iranian foreign ministry in order to ask for an explanation and additional information about the incident, to be briefed about the condition of the crew and in particular the Cypriot citizen and to request an immediate end to the hostage situation”.

Iran‘s state maritime body said on Saturday the crew of two Greek tankers had not been detained, and were in good health and being cared for on board their vessels.

“The crew of the two Greek tankers have not been arrested, and all crew members … are in good health and are being protected, and provided with necessary services while on board, in accordance with international law,” Iran‘s Ports and Maritime Organisation said in a statement carried by state media.

The two vessels were stopped over unspecified “maritime violations”, the body said.

The Pegas and its Russian crew were later released, but the seizure inflamed tensions as Iran and world powers seek to revive a 2015 nuclear deal.

Separately, Nour News, affiliated to an Iranian state security body, said: “Iran will not remain passive in the face of any threat to its interests, and testing Iran‘s will is a strategic error that will entail heavy costs for the United States and its entourage.”

Iran‘s Foreign Ministry spokesperson Saeed Khatibzadeh tweeted: “Our ties must not be hampered by deeply shortsighted miscalculations, including highway robbery on the command of a 3rd party.”

In 2019, Iran seized a British tanker near the Strait of Hormuz for alleged violations two weeks after British forces detained an Iranian tanker near Gibraltar, accusing it of shipping oil to Syria in violation of European Union sanctions. Both vessels were later released.