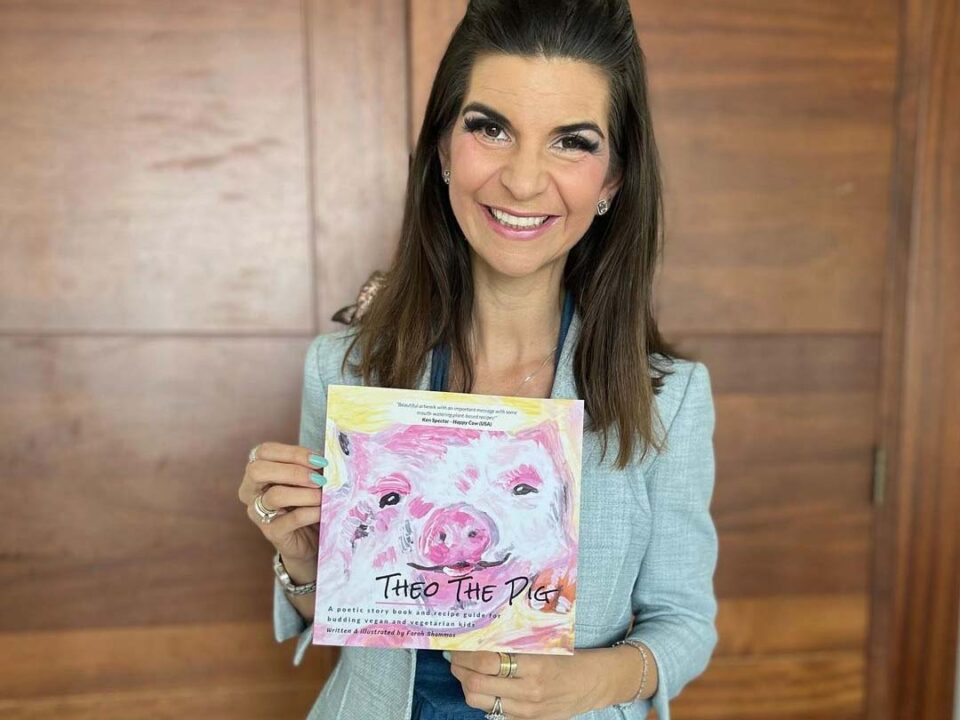 A new book aimed at children outlines the benefits of a vegan diet. PAUL LAMBIS meets its author, who says its recipes can help readers practice what it preaches

As Managing Director of Limassol’s iconic St Raphael Resort and Marina, Farah Shammas’ passion for the hospitality industry started early. In fact, it is part of her family legacy. Born into and exposed to the industry as a small child, Farah never felt the need to rebel against or stray from the family business as a young adult.

Although Farah holds degrees in various fields, including Classical Literature and Civilisation, and Tourism Marketing and Management, she is also an advocate for women’s empowerment, tourism, and veganism, encouraging a healthier and more sustainable way of living for all. 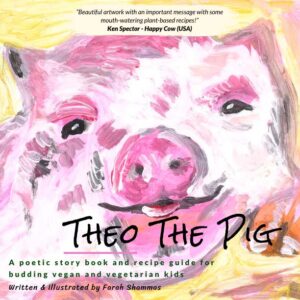 Her attitude towards veganism is extremely positive; she sees it as a compassionate, ethical lifestyle choice that offers numerous benefits compared with a diet centred on animal products, at the same time one of the most effective things an individual can do to lower their carbon footprint. “Veganism produces less pollution and puts less strain on our natural resources since it requires less land, fossil fuels, and water,” explains Farah. “Given that the world’s population is predicted to exceed 9 billion people by 2050, a widespread vegan lifestyle is the most effective approach to reduce pressure on our environment and may be absolutely necessary for our survival as a species.”

Cook Vegan, which began as a helpful Facebook group for individuals interested in learning more about plant-based cooking and veganism, has evolved into a successful and supportive community that educates, shares and exchanges tasty recipes, as well as promotes vegan-themed festivals and conferences. “Our community is accessible to everyone, whether vegan, vegetarian, pescatarian, flexitarian, or omnivorous,” Farah says. “We have over six thousand active members, and I also enjoy sharing my videos on YouTube and personal Instagram account.”

Farah is a great role model for aspiring vegans everywhere. Author of two successful cookbooks, 40 Delicious Vegan Recipes, and the recently published Theo The Pig, Farah has found a new purpose in life, which is to help feed rescued farm animals through the sales of her books. “I intend to donate to animal sanctuaries, and my dream is to one day open an animal retreat here in Cyprus where individuals and families can visit to see rescued farm animals and witness the love that all of these sentient beings have, as well as sample some delectable plant-based and vegan treats.”

Farah’s own children and their experiences with food and life inspired Theo The Pig, a non-judgmental poetic story aimed at both children and adults. It also serves as a voice for a vast number of animals that many people choose to ignore. Wonderfully illustrated and easy to read, Farah hopes her book will be used by many as an invaluable teaching tool to understand veganism. “Veganism comes naturally to most children. It is society’s ‘norms’ that influence people’s natures to believe it is acceptable to harm animals,” Farah told Living. “I also hope that many adults will enjoy the story and all of the recipes included in it, and that it will serve as a coffee table book.”

As the title suggests, Theo is a small piglet who is bred on a farm and destined to die; however, Theo’s fate rests in the readers’ hands. The title character’s name, Theo, is shortened from Theodoros, meaning ‘gift from God,’ and is most appropriate as “all creatures are gifts from God and deserve to be treated with kindness,” Farah added.

Theo The Pig follows on from Farah’s first book, 40 Delicious Vegan Recipes, which was written to support the Alkionides Charity, a non-profit organisation that endeavours to bring relief to people enduring hardship. Although Farah’s is kept busy at the hotel and raising three children, she is pursuing her passion as a writer and is currently working on another children’s book, due to be released later this year.

While veganism is becoming more popular, the idea of giving a vegan diet to children and talking to them about animal cruelty is not so widely accepted. Farah, on the other hand, is no stranger to criticism and has dealt with individuals who are adamantly opposed to teaching children about veganism. “I believe that, given the current state of the world, which includes natural resource shortages, pollution, environmental degradation, toxicity, and world hunger, as well as our overall abundant access to all of the plant-based nutrients we require, living a vegan lifestyle is the right thing to do.”