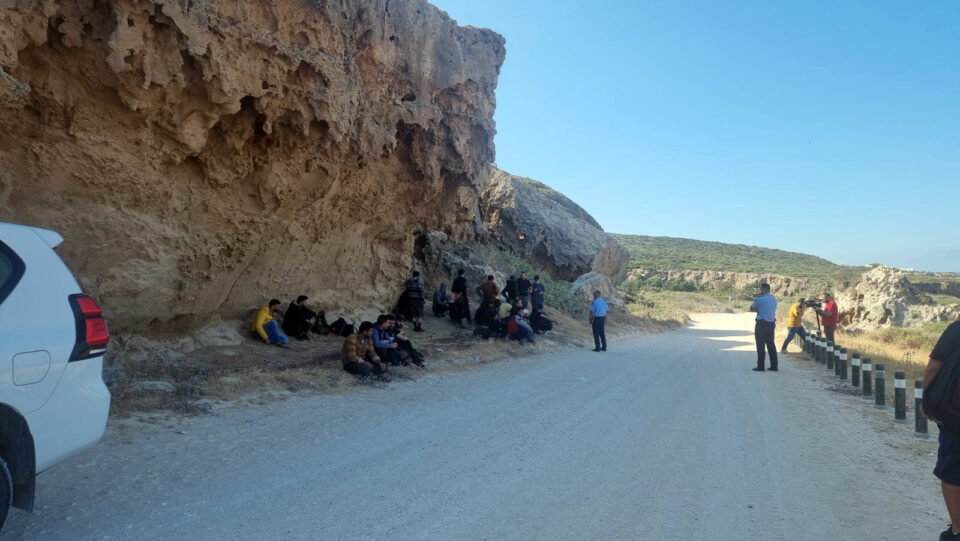 A bid for a better life turned to tragedy early on Thursday when a young Syrian man drowned trying to make it to shore near Lara, Paphos.

He was one of 44 irregular migrants aboard two inflatable boats that had set off from Turkey the previous day. People-smugglers operating the boats had obliged them to slip into the sea some distance from shore and swim the rest of the way.

Another two passengers were taken to Paphos General Hospital with breathing difficulties where they were administered first aid.

The post-mortem on the 24-year-old will be carried out on Friday. He was found floating unconscious in the sea near Lara after the joint rescue coordination centre (JRCC), alerted by the irregular migrants that someone from their group had gone missing, launched a concerted search by air and sea.

Initial investigations indicate the victim was unable to make it to shore after he was left at sea with the other irregular migrants.

Paphos police spokesman Michalis Nicolaou told the Cyprus News Agency that the body of a 24-year-old man of Syrian origin was taken to Paphos General Hospital and that according to documents in his possession, it is the man reported missing by the others.

Nicolaou said that 43 migrants were spotted at around 6.00 am. Authorities were notified that a member of the group was missing and the JRCC immediately set in motion the Nearchos search and rescue operation with a helicopter, a police speed boat, a foot patrol and lifeguards.

The man was found in a small bay in the Lara area, after concerted searches and an ambulance picked him up at 9.50 am.

The group was made up of 34 men, including the drowned man, two women and eight children aged between 3 and 16.

They told authorities that they had embarked onto two inflatable boats at Antalya, Turkey at around 9.30 pm on Wednesday. Each boat had a captain and a crew member, both from Turkey. They were told to get off the boats in the vicinity of Ayios Yeorgios, Peyia, in the Lara area, some distance from shore. They made it to land at around 2.30 am while the smugglers operating the boats returned to Turkey.

Nicolaou said that the coastguard’s radar had picked up a suspicious boat approaching the coast of the republic, near Ayios Yeorgios, Peyia. Police patrols went to area but did not find anything.

The spokesman added that the boat left Cyprus’ waters at 4.30 am. A member of the public spotted the irregular migrants on foot in the Ayios Yeorgios, Peyia area at 5.30 am and alerted authorities.

Nicolaou said the post-mortem will be held at Nicosia General Hospital on Friday. State forensic pathologists did not visit the scene, but photographs have been sent to them. The young man’s body did not have any external injuries, he added.

Police are investigating a case of smuggling irregular migrants. The group were interviewed and then transferred to the Pournara temporary reception centre at Kokkinotrimithia.

This is the fourth case of irregular migrants arriving to Cyprus by sea in the past few days.

On Monday, 30 irregular migrants, all undocumented Syrian nationals, were spotted walking near Peyia at around 5.30 am having made their way to Cyprus by sea. And 62 irregular migrants came to shore in the east of the island, near Cape Greco abroad two boats on Sunday.

Cyprus has been struggling to cope with a surge in irregular migrants. While there has been an increase in sea crossings, most cross into the government-controlled areas from the buffer zone.

With the number of asylum seekers per capita the highest in the EU, the government has sought help from the EU as it tries to restrict entries by stepping up policing along the green line, accelerating the processing of applications and increasing the number of returns of those whose bid for international applications fails.

Cyprus has tools to become a destination that respects environment